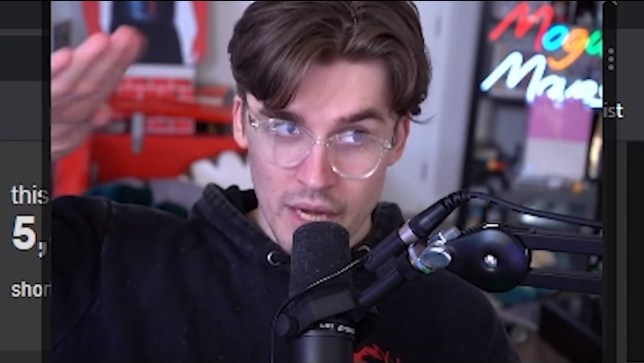 Ludwig is going to have a nice nap now (pic: YouTube)

The record for the most Twitch subscribers no longer belongs to Ninja and all it took to beat him was a 31-day non-stop stream from Ludwig.

Ludwig Ahgren can now claim to have the record for the most subscribers on Twitch, beating Tyler ‘Ninja’ Blevins, after an exhausting 31-day non-stop stream.

By the end of the stream Ludwig had over 280,000 subscribers, beating Ninja’s record of 269,155. Ninja acknowledged the achievement with a tweet, congratulating Ludwig but admitting he was ‘a little sad’ about losing the record.

Ludwig didn’t actually stay awake for 31 days, or he’d be dead, and claims to have got around eight hours sleep a day, with moderators continuing to put up content in his absence.

Records are meant to be broken, I would be lying if I said wasnât a little sad but congrats @LudwigAhgren on holding the new sub record on twitch ð¤©

The original plan had been merely for a stream that would last 24 to 48 hours, but things got out of hand as Ahgren promised that each new sub would add another 10 seconds to the stream.

Although 280,000 subscribers might not sound that much, given the millions of viewers that some Twitch streamers can attract, paying to support a streamer, rather than just watching them for free, is a big step for most people.

Maintaining subscribers numbers is just as hard as getting them in the first place so the question now is whether Ludwig can hold on to his new fans without resorting to another gimmick.

Ludwig is only taking a one-day break to celebrate though and will be back streaming as normal on Thursday, April 15.

It’s unclear how much money Ludwig personally made from the subscriptions, but he claims that around $350,000 (£254,000) was donated to charity, including a $5 (£3.60) donation for every new subscription on the last day.