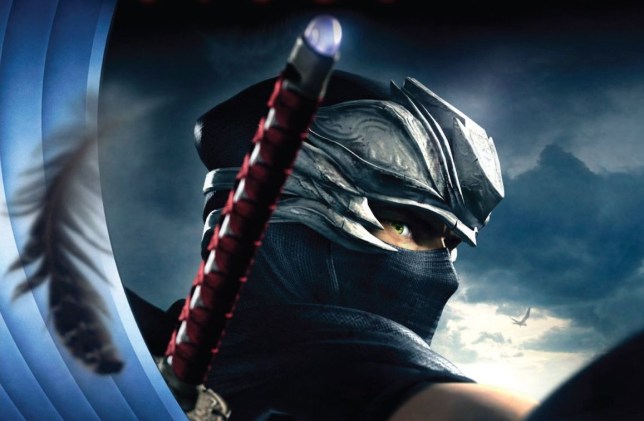 PSA: always back up your work (pic: Koei Tecmo)

Ahead of the release of the Ninja Gaiden Trilogy remaster, Team Ninja has hinted about a new sequel and an appearance in Smash Bros.

Back in the original Xbox and Xbox 360 era the Ninja Gaiden series was regarded as one of the best action franchises around, with a level of difficulty and cult appeal comparable to a cross between Dark Souls and Bayonetta.

But after creator Tomonobu Itagaki left developer Team Ninja, and all the games without him proved to be flops, the series quickly disappeared from mainstream notice – a state of affairs Team Ninja are looking to reverse with the Ninja Gaiden: Master Collection remasters.

The collection has caused some controversy amongst fans though, as it uses the Sigma versions of the game and not the original editions, but it turns out there’s a good reason for that: the code has been lost.

Japanese developers are notoriously bad at preserving their games, with classics such as Panzer Dragoon Saga and the original pre-rendered backdrops for Final Fantasy 7 lost to time, but it’s rare to see such a relatively recent game suffer the same problem.

An interview with brand manager Fumihiko Yasuda in Famitsu Weekly suggests the code may exist somewhere but that it is ‘scattered’ and ‘cannot be salvaged’ – or at least it would not be cost effective to do so.

Ninja Gaiden Black is favoured by some fans for being more difficult and because the Sigma version forces you to play as other characters, while featuring brighter colours and lighting.

To the average observer the differences are minor, but the changes to Ninja Gaiden Sigma 2 are more obvious, with less enemies on screen at once and more health for the player.

The Sigma versions are different rather than being worse though, so this isn’t a disaster by any means, and the versions presented in the Master Collection are undoubtedly more accessible for newcomers to the series.

There may be more details in the full interview – the article on Game’s Talk.net is only a summary – but Yasuda specifically refers to working on a sequel ‘someday’, something he’s already hinted at before.

Yasuda also references talk of main character Ryu Hayabusa appearing in Super Smash Bros. Ultimate, noting that he is ‘waiting for an invitation’.

The odd thing about Ryu being in Smash is that when he was rumoured last year the same source also leaked news about the Ninja Gaiden: Master Collection before it was announced, so they obviously had insider information.

Whether that means Ryu’s appearance in Smash has been delayed or cancelled is unknown but the fact that Yasuda even acknowledges the rumours suggests it’s still a possibility.

Ninja Gaiden: Master Collection will be released on Xbox One, PlayStation 4, Nintendo Switch, and PC on June 10.

When to actually apply SPF in your skincare routine