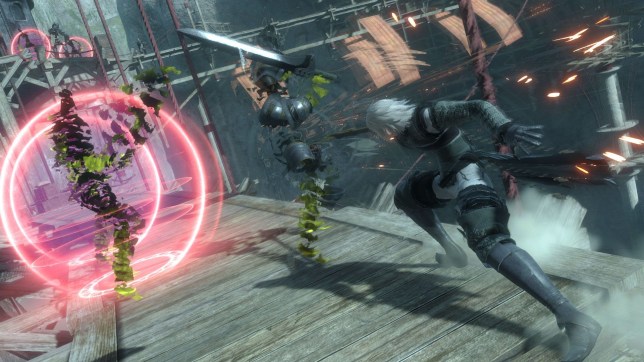 The forerunner to NieR:Automata gets an extensive remaster with more quests, better graphics, improved combat, and more existential angst.

Even with all the unexpected successes of lockdown, from Fall Guys to Among Us, the biggest surprise hit of recent years has got to be NieR:Automata. The fact that the original 2010 PlayStation 3 game got a sequel at all was unlikely enough, but that it would turn out to be a worldwide hit, that has now sold over 5.5 million copies, is a towering achievement for such an eccentric game that, on the face of it, offers little you would expect from a modern mainstream game.

That success is absolutely deserved though, so much so that we named Automata as one of the 10 best games of the outgoing generation. We would never have said the same about the original, but it was still a good game in its own right and absolutely deserves a wider audience. One it will hopefully now find thanks to this remaster – although Square Enix don’t refer to it as either remaster or remake, since it falls somewhere between those two extremes.

A considerable amount of effort has been put into improving and expanding the original game, from basic things like increasing the resolution and frame rate, to 4K and 60fps, to overhauling the combat to be more like Automata (PlatinumGames now avoid working on anything but their own IP but still acted as advisors here). There’s also new content, including a new main quest and a new ending, so there’s plenty on offer for those that have played the original.

Replicant begins with a prologue in which you control a brother trying to help his sick sister in a post-apocalyptic landscape. They’re being menaced by spectral creatures called ‘Shades’, which you can fight with both melee weapons and magic in a manner similar to Automata. No explanation is given for what’s happening though and once the setting segues to over a thousand years in the future the prologue and its questions, such as why the protagonists in both eras look the same, are easily forgotten.

The main setting for the game is still post-apocalyptic but with its rolling hills and low-tech society it’s much more reminiscent of generic Japanese role-playing games. That’s entirely intentional though as the game’s sharply written script frequently mocks the conventions of the genre, while both subverting them and following along when it pleases.

It’s a long time before you begin to get any real understanding of what’s going on, but the plot isn’t really the point, so much as the characters and the philosophical musings on the nature of self and how in every conflict both sides always believe themselves to be in the right. But although it features great sadness, Replicant’s story is an essentially optimistic one, that tries to illustrate the virtues of friendship and empathy.

The main character (a young man in this version of the game – the original had an older looking protagonist, to appeal to a Western audience) is relatively flat but the foul-mouthed Kainé and floating spellbook Grimoire Weiss are highly entertaining companions, that provide humour and pathos in equal measure. Although while the excuse for Kainé running around in her underwear is better than the likes of Quiet from Metal Gear Solid 5 it still seems an unnecessary affectation.

In terms of combat, the game is now much closer to Automata, with a similar influence from bullet hell 2D shooters – especially when it comes to boss battles. The melee combat is very simple though, with only quite basic combos, which means as enjoyable as the fighting is it does get repetitive, especially given the limited range of enemies.

It doesn’t help that on the default difficulty level the game is almost trivially easy, to the point where we didn’t so much as glimpse a game over screen until the final half hour. There’s also little point in using anything but the most powerful sword and one of two different magic attacks, with the rest rendered pointless unless you purposefully make things more difficult for yourself.

The combat is still enjoyable, but it sometimes feels almost superfluous and the fact that one of the new additions to the game is an auto-battle mode, useable on the lowest difficulty setting, says a lot. But while the fighting doesn’t change much there is variety in other ways, with the game frequently switching camera angles from 2D to isometric to overhead, as well as a standard free camera. As with the combat, it’s not as dynamic as Automata but the effect is still engaging.

Some dungeons are more puzzle-based than others, some feature some light platforming, and wilder moments see the game briefly turn into everything from a Resident Evil pastiche to a visual novel. Not every idea lands – the puzzles, in particular, are a little too simplistic – but the fact that you never know what’s going to happen next is a large part of the game’s appeal.

Where Replicant definitely falters is in the bland side quests and increasingly frequent backtracking. The game world is made up of a number of small open world areas and even on a PlayStation 5 the load times are just long enough to be annoying, especially when you’re just going backwards and forward from the town library to get some new expository dialogue.

The second half of the game, in particular, includes too much of what you have already seen, although this is mitigated by the multiple endings which can be obtained by starting a new playthrough, most of which start at the halfway mark and include entirely new sequences or allow you to see old ones from a different character’s point of view – including that of enemies. 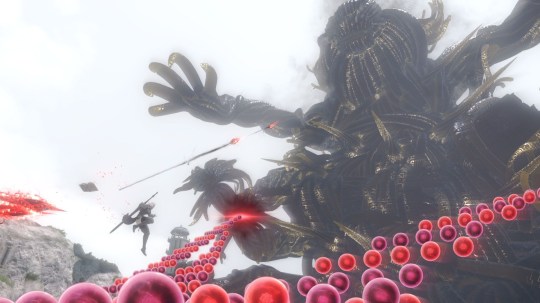 In terms of the new features the graphics scrub up nicely, making the most of the Ico influenced art style. The new content is also welcome, especially the new ending which more firmly establishes a connection to Automata, and both the script and voiceovers have been polished, with new elements added so the whole game is now fully voice-acted.

There are also now costumes to unlock, with more to come post-launch, and new dungeon areas where you get to play as the main character from NieR Gestalt (the name used to distinguish the version with the older protagonist).

As a remaster, you really couldn’t ask for more and given all these elements were refined and improved for the sequel it seems largely pointless to criticise their implementation here. NieR Replicant is as good as the original game could be and while the sequel does everything better this is the origin for almost everything that is great about Automata.

Considering the improvement from this to the sequel the thought of what director Yoko Taro might be cooking up next is almost too exciting to bear. Imaginative, thoughtful, and effortlessly entertaining, even with just two games (ignoring the trivial connection to the Drakengard series) NieR is already one of the most accomplished role-playing franchises in gaming history.

In Short: A highly polished remaster of the almost-classic action role-player, that is still stuck with some of the original flaws but allows the thoughtful, and very humorous, script to shine.

Cons: The side quests are mechanically uninteresting and even without them there is a lot of backtracking and repetition. Trivially easy on normal difficulty.