New Tales From The Borderlands – not a shooter (pic: 2K)

Gearbox themselves take control of the sequel to Tales From The Borderlands, in a surprisingly successful new Telltale style adventure.

This is the second visit to the Borderlands universe this year, following role-playing style spin-off Tiny Tina’s Wonderlands. However, as hardcore fans of the franchise will know, New Tales From The Borderlands is a very different beast compared to its shooter based siblings. It’s a narrative driven graphic adventure and effectively a sequel to 2014’s Tales From The Borderlands, albeit developed by series creators Gearbox Software rather than Telltale Games.

Not that it feels much like a sequel game, as this is a more sophisticated and imaginative effort than Telltale’s original, and boasts an entirely new, self-contained storyline. This time around, the action takes place on Promethea, which, like pretty much every other planet in the Borderlands universe, is a run-down, scruffy locale in which anarchy reigns.

Promethea, or rather a spaceship orbiting it, is the home for weapons-manufacturing megacorp Atlas (a familiar name to anyone who has ever played a Borderlands game of any stripe) and that’s where one of the three characters you control is based. Anu, a tightly-wound scientist with pacifist tendencies, is trying to create a gun that doesn’t actually kill people, so it’s no great surprise when she swiftly gets the sack.

Meanwhile, down on Promethea, we encounter Octavio, Anu’s adopted brother – a deluded street hustler and petty thief obsessed with becoming a self-styled entrepreneur. Supposedly, he has a job, working for the third character, Fran – the 40-something proprietor of Fran’s Frozen Yoghurts, confined to a hoverchair since childhood and a pent-up ball of rage issues.

The moment Anu receives her marching orders coincides with another one of Promethea’s invasions, this time by weapons-manufacturing megacorp Tediore. She manages to escape Atlas’s HQ and hooks up with Octavio, Fran, and deadpan assassin-bot LOU13 at Fran’s Frozen Yoghurt (essentially reduced to rubble by a previous invasion, which is not helped by Fran’s failure to endear herself to the insurance assessor).

In the grand Borderlands tradition, all three main characters are total losers. Fran is old, unloved and unsuccessful; Octavio is a total flake; and Anu is uptight, gawky, and has just waved goodbye to the career that gave her a sense of self. But they are also surprisingly likeable and do have some useful skills, at least in terms of the game.

Octavio can talk all four legs off an Arcturan MegaDonkey and can hack things via his wrist-phone; Fran’s hover-chair has a freeze-spray and a robotic punching arm; and Anu has science-goggles that can scan for hidden objects, as well as the ability to make gadgets work by smacking them in the right places.

Those abilities lead to some varied gameplay beyond the usual staples of the genre, namely picking the right conversational choices, which can shape the way New Tales from the Borderlands’ events pan out, and negotiating quick time events via button presses and joystick swipes. There are also some nods to Borderlands’ shooter heritage, with some static-aiming sequences, boss battles, and a hacking mini-game for Octavio.

There’s also a recurring mini-game that involves battling Vaultlander toys but, annoyingly, it’s ridiculously easy to win. In the puzzle sequences, it’s possible to explore and loot typical Borderlands objects like safes, boxes, and bins for cash, which can be spent on outfits for your characters, but it would have been nice to have had more of those opportunities, even if this is clearly not meant to be an action or exploration game.

Like most Telltale style games, gameplay tends to be slow, sedate and punctuated by an awful lot of cut scenes, which always made the idea of Borderlands spin-off seem rather odd. Despite the better-than-expected writing, some of these cut scenes end up feeling interminable. 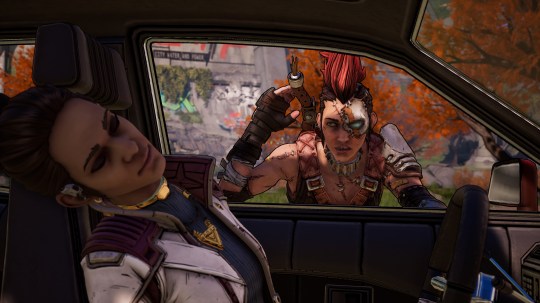 New Tales From The Borderlands – if only the mainline games had storytelling like this (pic: 2K)

Narratively, though, New Tales from the Borderlands does a lot better. The Borderlands franchise’s humour has never exactly been subtle, and even here will still be too basic for some, but in this case it has been toned down somewhat, and the well-written, distinctive nature of the characters yields plenty of genuinely funny moments.

The storyline is split into five episodes, all of which are available as soon as you acquire the game, and which collectively take 10 or so hours to negotiate. It take some incongruous and lengthy detours, but the plot does build to a satisfyingly significant crescendo. One that, impressively, is shot through with pathos and bathos, as the characters must confront their personal inadequacies and seek redemption.

However, for a game that lasts just 10 hours, a significant proportion of which could easily be classified as filler, this seems expensive even at £35. Which is a shame, as it’s clearly pitched at a more mature audience than the average Borderlands game, and yet at this price it will primarily be of interest only to existing fans.

In Short: A welcome sequel to the original Tales From The Borderlands, that negotiates the franchise’s loud mouth humour to deliver a surprisingly nuanced and intelligent slice of interactive storytelling.

Pros: Great characterisations, with some surprisingly deep and nuanced writing. Genuinely funny at times, with some fun mini-games. Moral decisions increase the replayability.

Cons: Quite short at 10 or so hours, with a few unnecessary detours. Vaultlander Battles mini-games are too easy. 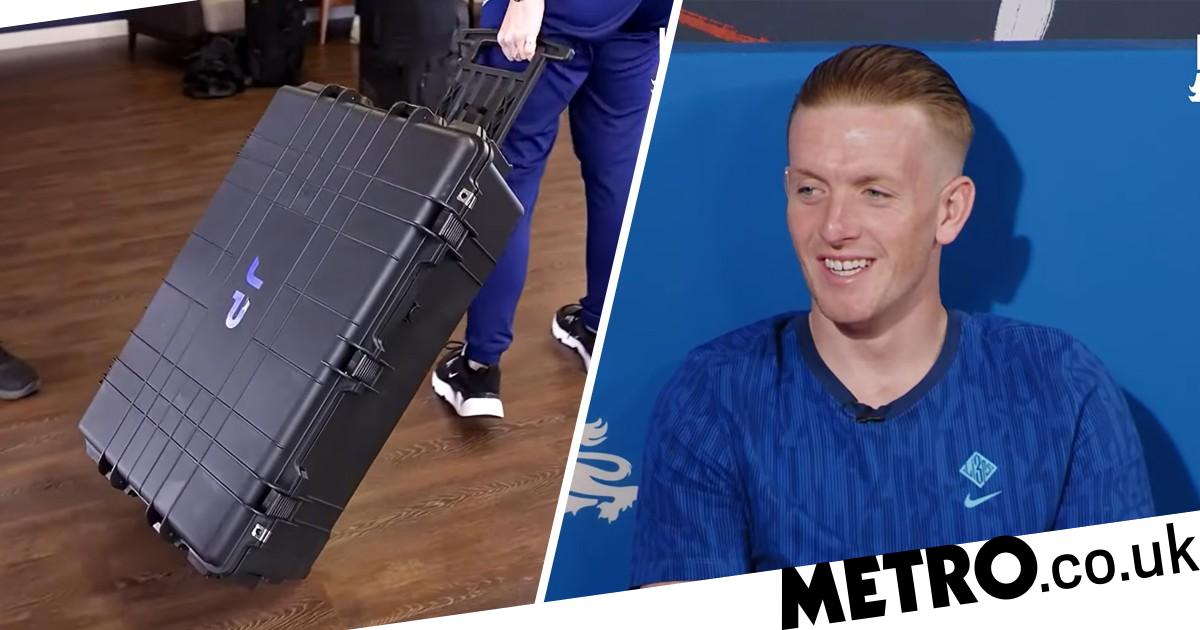 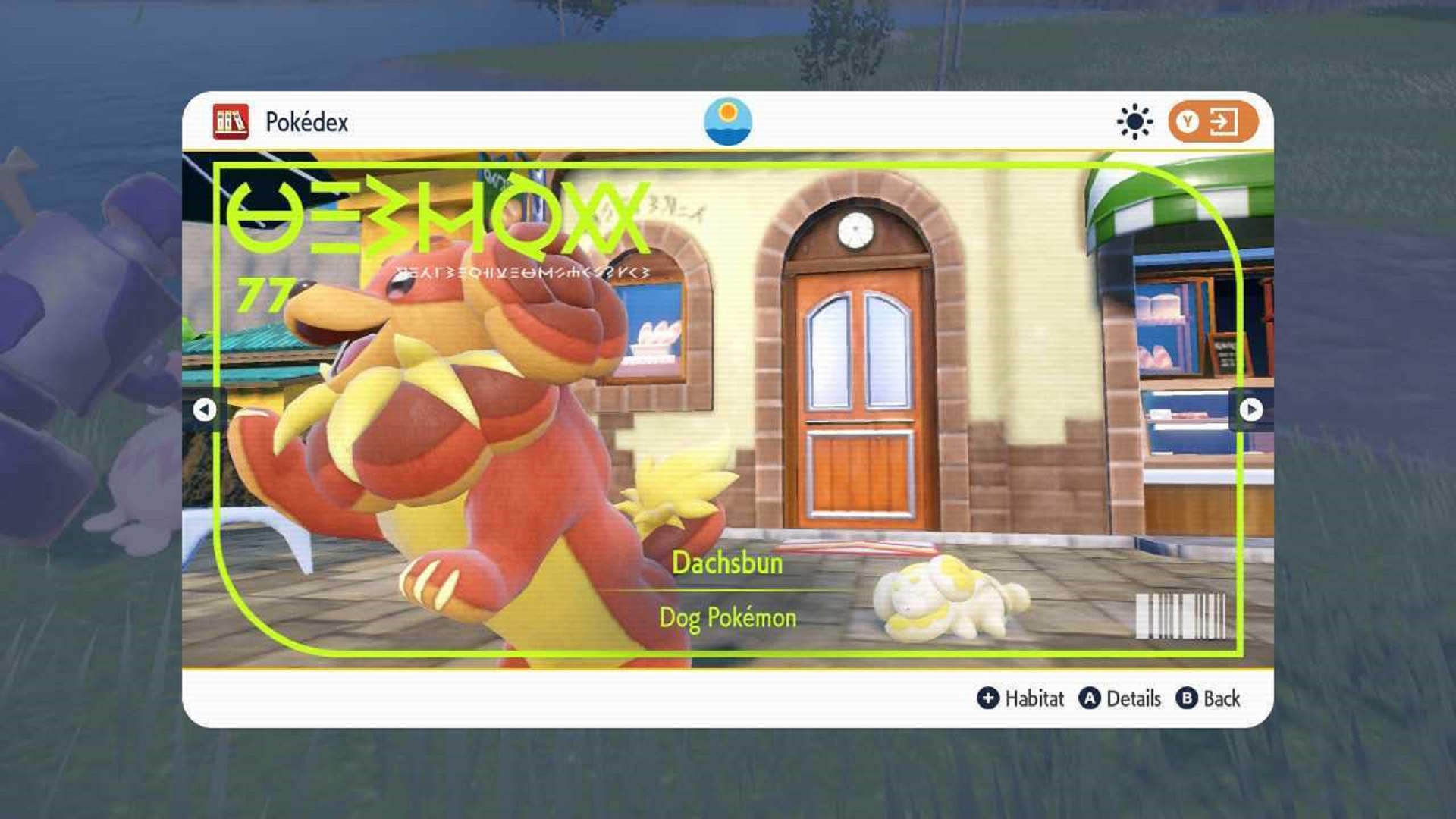