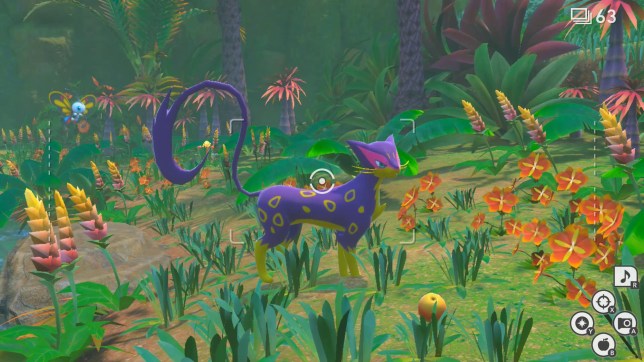 Good things come to those who wait (pic: The Pokémon Company)

GameCentral talks to the director of New Pokémon Snap and gets hold of some exclusive concept for the sequel that’s been 22 years in the making.

We’ve already described New Pokémon Snap as one of our most anticipated sequels of all time and we stand by that hyperbole. If not for the coronavirus we probably would’ve had a chance to try it hands-on by now but as it is all we’ve been able to do is watch a pre-recorded video of someone else playing it. It looked very good, but without having a go ourselves there’s not much more we can say beyond that.

The pandemic also makes interviews difficult and while we’d love to have met director Haruki Suzaki, from Bandai Namco Studios, face-to-face we had to make do with an email interview. (Although, there is some light at the end of the tunnel in that respect, as we know some publishers are currently ruminating on the possibility of starting hands-on preview events again in the late summer.)

As it is though, Suzaki has some encouraging things to say about the game’s puzzle elements, which weren’t very obvious in the behind the scenes footage we saw, and clarified how the new scan button works – which we also weren’t too clear on from just watching a video. New Pokémon Snap has been a long time coming but from what can be judged at the moment, it’s looking like it might have been worth the wait. 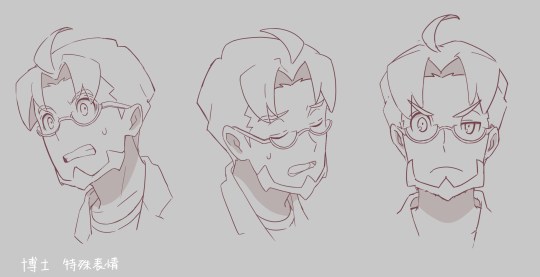 GC: Why has it taken so long for a new Pokémon Snap game to appear, given how popular the original was? Was there never any push to create a new game for the Wii U – which seemed especially suited to the camera motif?

HS: When I started on this project, I had heard there had been a couple of attempts at making a new Pokémon Snap before.

The idea of photography has changed so much in the last 20 years, combined with the new Nintendo Switch hardware, that we thought it was the perfect time to create a new version of Pokémon Snap, and that’s why we started the project.

GC: A lot of the most successful Pokémon spin-offs seem to be ones that show pokémon as they would be if they were in the real world, such as Detective Pikachu’s city locations; when doing the same in New Pokémon Snap did it require a lot of consultation with Game Freak in order to get the portrayals right – and were there any new pokémon behaviours created just for this game?

HS: Since the objective of New Pokémon Snap was to observe the ecosystem of pokémon, we aimed to create the world where wild pokémon would actually live. We designed pokémon’s actions and behaviours from all angles, like ‘What would it do alone?’ or ‘What would the relationship be like if it lives with a different pokémon in the same place?’

We reached out to Game Freak, through The Pokémon Company, to review the pokémon settings to make sure it felt natural to the characters.

You can see a variety of actions, ecosystems, and relationships between pokémon that are unique to the Lental region, alongside some rival Pokémon relationships that fans already know about. 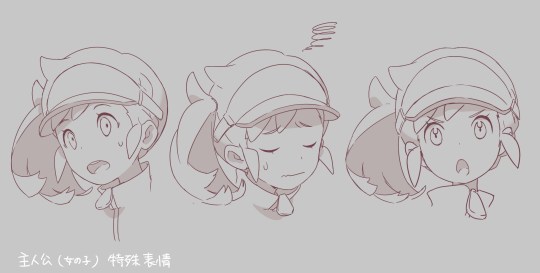 Exclusive concept art – you can play as a boy or a girl (pic: The Pokémon Company)

GC: How do you choose which pokémon to include in the game? Do the environments come first and you try to add appropriate creatures or do you design the levels to suit pokémon you know you want to feature?

HS: My vision was to create a world where you can actually imagine wild pokémon thriving in their natural habitats and ecosystem. At first, we thought about pokémon’s natural habitats and fascinating landscapes and climates. Then, we narrowed down our choices by balancing out how different pokémon would live in these habitats and their relationships within each environment.

After we selected appropriate climates, environments, and pokémon we designed the details of courses that players will research. To create a world where you can take beautiful photos of pokémon in their world, some pokémon behaviours are designed to make the most use of the characters in the backgrounds, and some levels have been designed to show the relationships directly between pokémon.

GC: Did you watch real-world wildlife videos or documentaries to help with depicting pokémon in the wild? If so, what elements proved most helpful?

HS: We created the behaviour and reactions of pokémon by imagining what they would do as living creatures. In doing so, we would reference various ideas such as the inherent nature of pokémon, their actions from other Pokémon titles, as well as the behaviour and characteristics of animals of a similar lineage in the real world. For example, I believe you could tell how natural they look and feel when you see a four-legged pokémon or when you observe a bird pokémon. 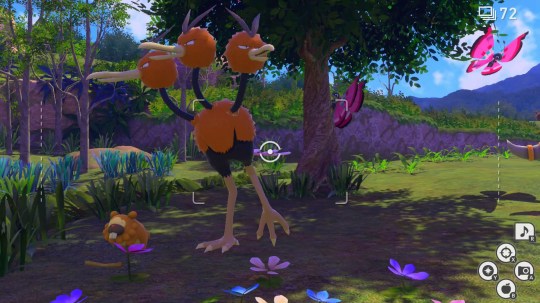 The graphics are great for the Switch (pic: The Pokémon Company)

GC: I’ve always thought of the original as a lightgun game, just with a different kind of shooting, is that how you see it? Do you try to create a similar style of pacing and set pieces to those sorts of games?

HS: I agree that Pokémon Snap is sort of like a shooting game, but unlike a regular shooting game it does not have a game over. It is a game that you can experience 360 degrees all around, over and over, whilst looking for pokémon and snapping photos of them.

The feeling, I think, is more like a theme park ride. It was on my mind when I designed the pacing and environments within the game – my aim was that through repeated plays you make more discoveries and therefore your Photodex gets filled up more and more.

GC: When studying the original game what struck you most about how it has held up after all these years? What elements did you feel it was essential to keep and which did you feel most needed updating?

HS: What attracted me the most was the simplicity of the game, in which you can observe pokémon’s everyday life, that you don’t get to see anywhere else, and the photos of pokémon are given an easy-to-understand evaluation.

New Pokémon Snap kept the concept of the Nintendo 64 Pokémon Snap as its foundation but updated how you interact with photos, which is something that has changed dramatically over the past 20 years. Players cannot only take photos but also can edit and share them online, in-game, and in the real world on social media. 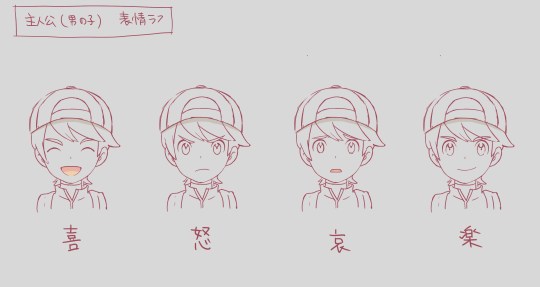 GC: Pokémon Snap had a strong puzzle element to it, in term of some of the things you had to do in order to get certain pokémon to appear or perform specific actions, is that something you’ve expanded on in the new game and how involved does that aspect get?

HS: New Pokémon Snap has many puzzle elements to take a variety of photos. As players will observe the pokémon’s ecosystem very closely we paid strong attention to detail when creating interactions between pokémon, which can be triggered by certain items. Because information is shared so quickly nowadays, we intentionally added some more complexity. I hope players enjoy discovering them.

The purpose of the Photodex is to register a photo from one to four star category based on the rarity, for each pokémon. Generally, higher stars rankings would require more puzzle elements.

GC: Sword/Shield has started to introduce a more sandbox style of gameplay, where you move around pokémon that are going about their own business in the game world. Was it possible to introduce anything similar in New Pokémon Snap, considering it’s still on-rails?

HS: This is a game that requires players to redo challenges to capture missed photo opportunities in research courses, so pokémon’s behaviours are basically always the same. However, some pokémon do move around freely. We aimed to balance out these game elements with pokémon’s living environments.

While keeping these game elements, we wanted to add a twist on it, so we have added research levels to each course. You can now see different behaviours of various pokémon when your research level has increased in the different courses. 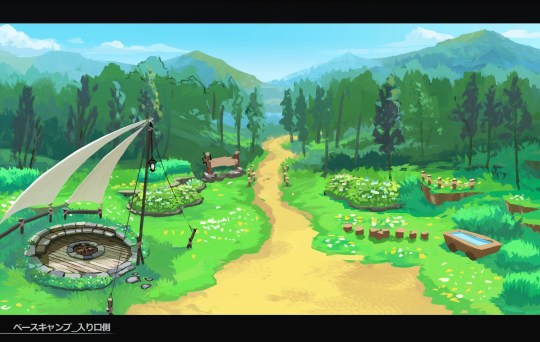 Exclusive concept art – the research camp you return to between missions (pic: The Pokémon Company)

GC: How involved does the scan function get in terms of how it affects pokémon and backdrops? Is it more akin to a ‘use’ button or detective vision?

HS: You can activate the new scan function with the press of a button. It scans in the direction that the camera faces up to a certain distance. The scan function shows you hidden pokémon or clues. If you further analyse the area with the scan, you might be able to find hints for photos or alternative routes.

You can also use it to bring out some reactions from pokémon, as some pokémon may react to the scan’s sound and signal.

GC: How many variants does each course tend to have and how much can they differ from the initial route? How long might it take a player to see all the routes in a single course?

HS: I cannot reveal how many research courses are available, but each environment is completely different and you can take photos of all the pokémon living there. Even on the same course, depending on whether it’s day or night time, pokémon you find vary and those same pokémon can behave differently.

It’s hard to say how long it might take a player to see all the routes in a single course, but each course length is a few minutes long. Although that is not that long, we’d like a player to experience the fun of playing any specific course again and again, looking for all the pokémon in 360 degrees around them to fill up their Photodex.