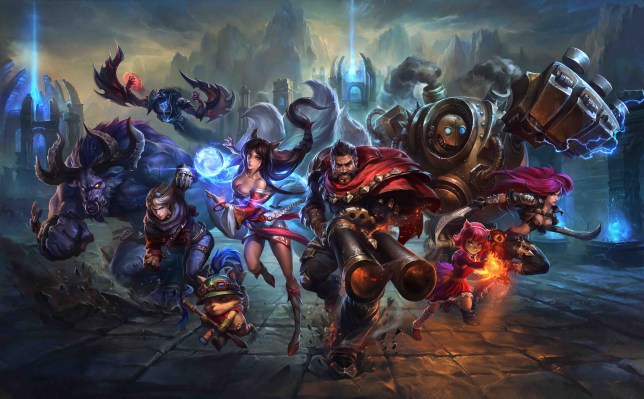 ‘Guess we’ll do it ourselves then’ (pic: Riot Games)

Not long after the dissolution of the Oceanic region’s own League Of Legends tournament, the ESL has unveiled a replacement.

In October, Riot Games decided to shut down the Oceanic Pro League, the official League Of Legends esports competition for the Oceanic region, due to operational costs.

As disappointing as that no doubt was for the region’s professional players, the Electronic Sports League (ESL) has announced that it is launching its own League Of Legends tournament for the region, in conjunction with investment firm Guinevere Capital.

Simply titled the League Of Legends Circuit Oceania (LCO), fans won’t even need to wait too long for its debut, as it will premiere later this month on February 23.

The competition will feature eight of the region’s best teams – Order, Pentanet, Chiefs, Dire Wolves, Legacy, Mammoth, Avant, and Gravitas – and pit them in a double round format, where each team faces each other twice over the course of five weeks.

The bottom three teams will then be eliminated, while the remaining five will advance to Double Elimination Playoffs in late March and early April. Whoever’s left after that will head to the finals on April 10.

The winning team will not only be crowned as the inaugural winners of the tournament but also earn a spot in this year’s Mid-Season Invitational, the second most important League Of Legends tournament in the world after the World Championship. No date has been given for when that will take place though.

All of the matches will be broadcast across multiple platforms, including Twitch, from ESL’s new esports studios in Sydney and fans have been told to expect a mix of familiar faces and newcomers among the broadcast team of commentators and analysts.

‘We’re excited to build up the LCO and create the strongest and most entertaining League Of Legends competition that the region has ever seen,’ says Peter Du, LCO League Manager and senior project manager at ESL Australia.

‘This is a new opportunity for Oceanic League Of Legends talent to step up and begin their pathway to the world stage, while playing in the sort of competition that every LOL esports fan wants to watch.’

All in all, it’s good to hear that League Of Legends pros from Australia, New Zealand, and the like will get to compete on their home turf again. Tuning in for the matches live may be a struggle for fans abroad given the difference in time zones, but there should hopefully be post-match uploads.

League Of Legends is available on PC.