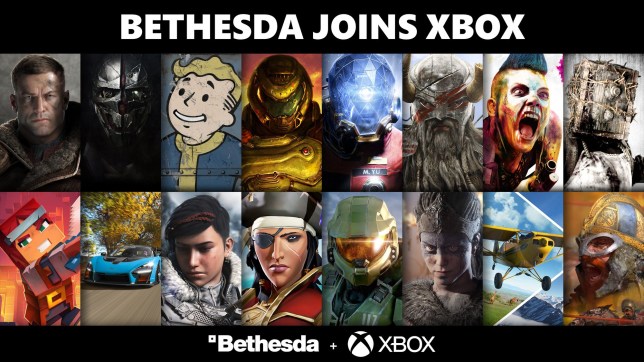 Bethesda is now the property of Microsoft (pic: Microsoft)

The chances of Starfield being exclusive to Xbox and PC just increased dramatically, although Microsoft is still being vague on the details.

Xbox boss Phil Spencer has celebrated the purchase of Fallout and Skyrim developer Bethesda by confirming that some of the company’s future games will not be coming to PlayStation or Switch.

Previously the assumption has been that new titles, such as Starfield, would be exclusive, but that existing franchises, such as Fallout, would remain multiformat. Something which Bethesda’s Todd Howard seem to imply when he said it was hard to imagine The Elder Scrolls 6 being an exclusive.

Microsoft are calling the shots now though, so it’s all down to them. It’s also possible they may decide to draw the line simply at games that have already been announced, before making everything afterwards an exclusive.

Although where something like the new Indiana Jones game figures into things is an additional mystery, as it’s very strange for a third party like Disney to get a first party studio like Bethesda to make a game if it wasn’t going to be an exclusive – and yet you’d assume they wouldn’t want to limit the reach of the game in that way.

There’s no real clue as to what Microsoft may be planning in Spencer’s new Xbox Wire blog, which comes ahead of a rumoured Nintendo Direct style event on Thursday, which is thought to focus on Bethesda and their games.

That event is still a rumour though (and you would’ve thought this was the perfect opportunity to announce it) so there is a chance it just won’t happen.

What Spencer did announce though is that more Bethesda games are coming to Game Pass this week, although, again, he didn’t say which ones.

‘With the addition of the Bethesda creative teams, gamers should know that Xbox consoles, PC, and Game Pass will be the best place to experience new Bethesda games, including some new titles in the future that will be exclusive to Xbox and PC players’, wrote Spencer – although as has become common for Xbox lately every new announcement raises more questions than it answers.