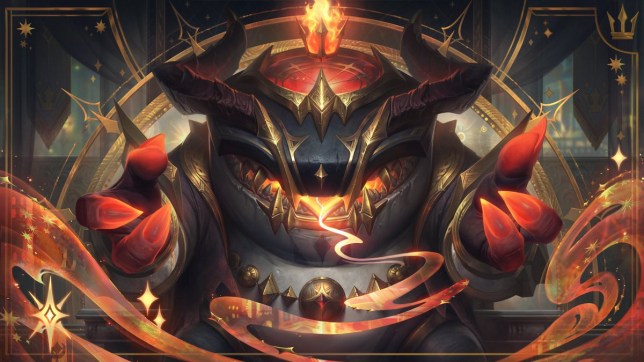 Riot Games have given a brief preview of League of Legends’ newest skin line: Arcana.

The four champions selected for the new skins are Xerath, Tahm Kench, Lucian, and Camille with the cosmetics coming to the Public Beta Environment (PBE) soon.

The new Arcana skins take a lot of influence from tarot cards which traditionally are used as a form of fortune-telling as a deck is used to give insights on the past, present, and future.

Tarot cards are usually referred to as arcana with the 22 trump cards of a tarot deck known as the major arcana, hence the skin line’s name.

As many eagle-eyed LoL fans have already spotted, Tahm Kench’s abilities in the small preview video appear to have been reworked slightly. His Q, Tongue Lash, applies a mark of his passive once again after that was previously removed from his kit while his ultimate ability, Abyssal Voyage, now knocks up enemies on arrival whereas previously, Tahm and his ally would simply teleport to the location.

Each champion has seen a major change to their model but the most notable change is Xerath who has been transformed into a human for this new skin. Xerath previously looked like a floating bunch of ruins and magic energy in a human shape but his Arcana skin has morphed him into an anime villain. 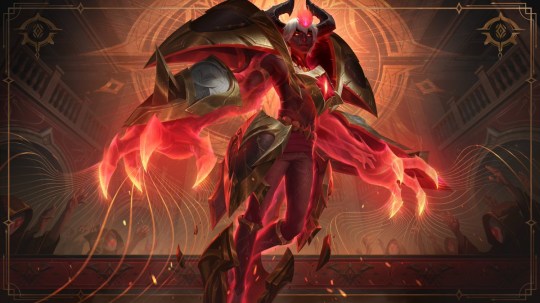 Arcana Xerath turns the mage into a human though his head pops off during his ult (Picture: Riot Games)

Matching the breathtaking splash arts are gorgeous in-game vfx as the four champions’ abilities pop with a striking red and gold colour scheme as well as a ton of mythic iconography.

As well as that, each champion turns into a tarot card during their elaborate recall animations. While nothing has been confirmed as of yet, the symbols appear to make Xerath Wheel of Fortune (Arcana X) and Lucian Justice (Arcana VIII).

Meanwhile, Camille hangs upside down which suggests she represents The Hanged Man (Arcana XII) and Tahm Kench sitting on a throne is very reminiscent of The Emperor (Arcana IV).

The final RP prices and release dates of the skins are yet to be announced.