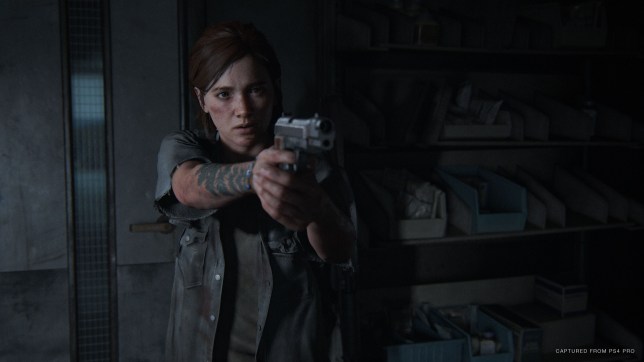 Microsoft’s Xbox team are big fans of The Last Of Us Part 2, after an internal review of the game hints at them wanting to make something similar.

There’s no argument that Sony’s internal, first party developers are currently much more accomplished than Microsoft’s, which is exactly why the Xbox division has been busy buying up acclaimed developers such as Bethesda and Obsidian.

In most cases it’s not clear exactly what games some of these new acquisitions are going to be making for Xbox but it seems Microsoft has been taking very careful notes of some of Sony’s biggest hits, including The Last Of Us Part 2.

Big publishers review each other’s games as a matter of course but that information is never usually made public. In this case it was though, after being submitted as evidence during the ongoing, and thoroughly absurd, legal battle between Epic Games and Apple.

Like many other video game companies, Microsoft has been dragged into giving evidence and while they asked for their documents to be sealed by the court their The Last Of Us Part 2 review nevertheless made its way as far as Twitter.

‘The Last Of Us Part 2 is the exceedingly rare video game where what it accomplishes in moving forward the art of narrative storytelling in video games as a medium ultimately outweighs whether or not everyone ‘likes’ it or even if everyone has ‘fun’ playing it’, reads the review.

‘That said we loved it, had a great time playing it, and find ourselves still thinking about its characters and stories even after finishing the playthrough.’

The review also praises the graphics and the ‘walking simulator’ sections of the game, in terms of its presentation, dialogue, and voice-acting.

Microsofts internal review of the last of Us part 2.

I LOVE that they are doing this, the last of Us part 2, god of war, horizon ZD etc are some of the pinnacle games of last gen and i would love for Xbox to take some shots at matching them in addition to everything else. pic.twitter.com/bBuduEjQpw

‘That the player doesn’t have the ability to greatly influence or determine the outcome of the narrative might prove anathema to many players and how they view their role in the video game experience. However, we would argue that not every video game must be about the player roleplaying their character’s story’, says the review.

‘The medium of interactive entertainment also needs games that drive stories where you are participating more in the capacity of an active ‘observer’, just like other mediums of entertainment, otherwise we’re going to be locked into a limited number of stories to tell.’

The review does have some criticisms of the gameplay, complaining about the awkward inventory system and insisting that, ‘Naughty Dog still can’t seem to make decent gun combat in any [Microsoft’s emphasis] of their games, and this is no exception. Luckily for them it fits in with the game’s overall theme and pushes the player toward using stealth over head-on.’

Although the combat – and stealth – is unremarkable few would regard it as actively poor (especially as the melee combat is even worse) but merely somewhat shallow and too similar to Naughty Dog’s previous games.

As the Microsoft review suggests though, that was never the focus of the game and overall the verdict offered is extremely positive.

Of course, the implication of all this is that Microsoft would be interested in making something similar themselves, but of all the various developers they’ve bought there’s no one that has made anything comparable before.

Hellblade developer Ninja Theory might be the closest but they’re an unusually small studio and, in that sense at least, not comparable to Naughty Dog’s and its hundreds of staff.

Covid ‘NAILS’ are latest new symptom to watch out for, says top expert