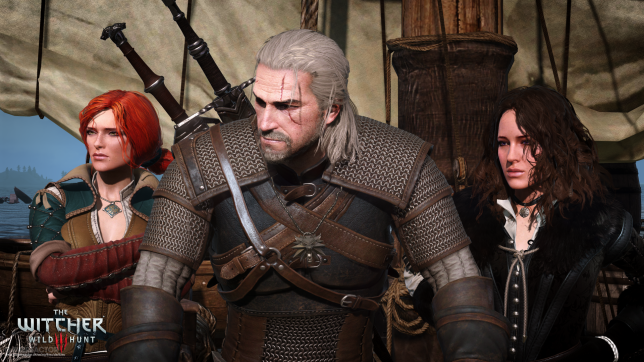 The Witcher 3 – a game of the generation (pic: CD Projekt)

A reader continues their reminisces of the outgoing generation, including The Bloody Baron in The Witcher 3 and Batman: Arkham VR.

Click here to read part 1 of the feature, including magic moments from Horizon Zero Dawn, Red Dead Redemption 2, and God Of War. Be warned though, that the following description do contain mild spoilers throughout.

I have never been a fan of stealth games, probably due to my own impatience, which is why Metal Gear Solid 5: The Phantom Pain surprised me so much. On top of the moment-to-moment gameplay there lies a meta-game, the Mother Base. It is at the Mother Base where you can research new technology to support you on your missions, this is achieved using the Fulton on enemies and equipment in the field.

The Fulton, in case you were wondering, is a device in which you attach a balloon to an object which is then picked up by a plane (see here for more info). This changes the game into a Pokémon style collect ‘em-up as you avoid killing the enemy and instead employ stealth to Fulton them back to the base to see what rewards they can lead to.

Although written about many times before, the Family Matters questline is The Witcher 3 at its best. The basic plot involves a local baron trying to find his missing wife and daughter, but this also ties into the larger mystery of finding your adopted daughter who you have been tracking since the beginning of the game.

The baron is by no means a likeable character but by the end of the story you can not only relate to his troubles but even feel empathy towards him. This quest incorporates all what makes The Witcher 3 one of the best games the PlayStation 4 has to offer: an intricate story, characters who feel real, a hunt for a monster, and an ending which will differ from player to player – and what endings they are.

It’s a shame VR didn’t really take off the way many had hoped, as when it works, it really works. The best example of this, I found, was Batman: Arkham VR. From the opening moments of being in Wayne Manor, pressing specific keys on the grand piano to be lowered into the Batcave, to then donning the cowl and using the grappling hook for the first time, it really is the Batman experience fans have always hoped for.

It’s a shame it was never realised into a fully-fledged title as I think it would have been a killer app. The game itself plays out OK, with a murder mystery to solve, some cool environmental puzzles, and even dabbles with some horror elements towards the end but you are left with a bit of ‘what could have been’ taste in your mouth.

There is definitely an argument to say that Skyrim could be the greatest game of all time and I was surprised GC didn’t include it on their games of the decade list. [We mentioned it as a runner-up but Skyrim is fundamentally an Xbox 360 era game, so we’re not sure it belongs in an article about last gen games – GC] Yes, the graphics/character models needed work even at release; yes, it has plenty of bugs; and yes, it had issues just as bad as Cyberpunk 2077 as launch.

But what this game does offer is total freedom to play how you want, a never-ending radiant quest system, and the greatest levelling tree (or constellations) seen in any game. However, I had never got to the end of the main campaign despite multiple playthroughs. But after purchasing the special edition a number of years back the time had come to see it through. The interaction with the dragons was always a big selling point and being able to finally confront Alduin in a climactic battle atop a mountain was worth the four year wait.