MULTIVERSUS the all new multi-franchise fighting game has launched with an amazing cast of characters, and there is more to come.

The free-to-play fighter has characters across Scooby-Doo, DC, Adventure Time, and Steven Universe, there is sure to be someone you want to play as.

If you are confused about who to play as first, check out our guide on all MultiVersus characters ranked.

With new characters already confirmed for the near future, it may be a good idea to get to grips with the game’s meta.

Who can you play as in MultiVersus?

Characters in MultiVersus need to be purchased, and there are two ways of doing this.

You can purchase the premium currency Gleamium using real world money that can then be used to buy characters. 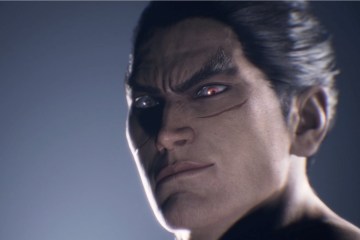 If you are using Gleamium all characters will cost you 700.

However, you can keep your wallet in your pocket, as coins can be earned simply by playing.

The coins can also be traded in for new characters though these vary in price.

You can find all the characters and how much they cost in coins in the list below.

Wonder Woman (DC) – this one is free after the tutorial.

Which characters are coming to MultiVersus?

Only two characters have been officially announced though many more are rumoured to be in the works.

Rick and Morty from the TV show of the same name are coming to MultiVersus in the upcoming season.

While leaks have since been removed from Reddit, the following character list was posted alongside the leak that MultiVersus was in the works.

The following characters are rumoured to be near completion, and soon to launch:

More characters were included in the list but the leaker claims these characters are set for a much later release:

Is Gandalf in MultiVersus?

Gandalf was one of the first characters announced for MultiVersus and one that many people were looking forward to playing.

However, it appears that licensing issues have set back his release.

While the rights to use Lord of the Rings’ characters in video games went on sale earlier this year, it appears some legal issues still need ironing out.

His character appears to be completed though, and we hope he will be released soon.