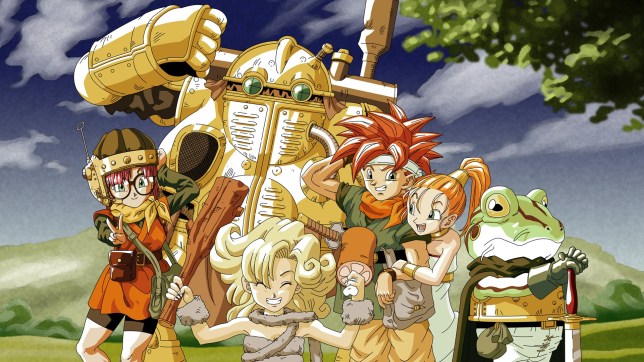 With how successful its Final Fantasy 7 Remake project has been so far, it’s no surprise that Square Enix is looking into cooking up even more remakes.

According to a report from Polish website PAP Biznes, the publisher has tasked Forever Entertainment with creating and releasing multiple remakes based on a single Square Enix property.

What property this is will be announced at a later date, as part of a worldwide marketing campaign, but it has been confirmed that said remakes will retain the same gameplay and scenario, just with updated visuals.

This comment suggests that they will be more 1:1 with their original counterparts, as opposed to Final Fantasy 7 Remake which boasts dramatic changes to the original game’s gameplay and narrative.

Forever Entertainment has experience with remakes. Last year, it released Panzer Dragoon: Remake and is currently working on remaking the first two House Of The Dead games.

Social media is already brimming with speculation and theories as to which property is getting the remake treatment. The obvious choice is Final Fantasy, being Square Enix’s flagship franchise, but the company is already swamped with the Final Fantasy 7 Remake project.

Plus, if it were going to remake another Final Fantasy, it would probably prefer to do that in-house, than give it to an outside studio. Unless it was perhaps one of the newer games, like the Final Fantasy 13 sub-series.

A quick search online shows plenty of fans hoping that it’s related to Chrono Trigger. Originally released in 1995 for the SNES, the game is still lauded to this day for its gameplay, visuals, and time travel storyline.

GIVE ME CHRONO TRIGGER REMAKE !!!!!!!!!! pic.twitter.com/k9ERdFvaQZ

The specific mention of multiple remakes suggests that the property in question is a longer running series than Chrono Trigger, which only had one sequel – a controversial 1999 title on the original PlayStation called Chrono Cross, which seems like it would be a lot of work to remake.

Elsewhere, fans are sharing a myriad of other possibilities, including the likes of Tomb Raider, Legacy Of Kain, and Parasite Eve. Others list off games like Xenogears, Einhänder, and Vagrant Story, but these are unlikely given that they are standalone titles and aren’t part of any other series.

Forever Entertainment put out a statement saying that they made a deal with Square Enix to do several “new visuals, same gameplay” remakes based on an IP that SE owns. Forever Ent. to receive over 50% royalties. Guessing we’re getting Legacy of Kain / Soul Reaver remakes.

The studio behind the Panzer Dragoon remake, Forever Entertainment, is not only remaking Panzer Dragoon II: Zwei (which was already announced alongside the first) but has also signed up with Square Enix to do remakes.
…Einhander?

How You Can Use IoT To Enhance Your Business Operations