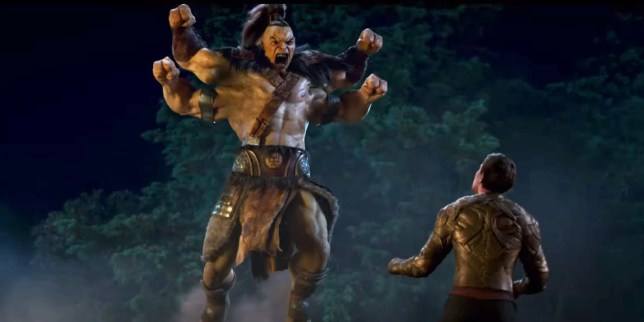 The original Mortal Kombat movie’s theme song remains a fan favourite so of course Warner Bros. has remade it for the new one.

Not only is the original Mortal Kombat movie considered one of the best film adaptations of a video game, its theme song remains an iconic aspect of the franchise even 25+ years later.

As such, the idea of remaking it may seem like sacrilege to some fans. But that’s precisely what Warner Bros. has done, taking the original and updating it for the modern era.

Titled Techno Syndrome 2021, it’s surprisingly not that bad, offering more of an EDM flair while retaining the classic ‘Mortal Kombat!’ scream, as well as the announcer listing off all the characters’ names. Notably, Johnny Cage is omitted (probably because he won’t be appearing in the new movie) while Kung Lao and Jax, who weren’t in the original song, are added.

Your mileage will vary over whether it’s better than the original, which is unlikely to be replaced in peoples’ hearts, but the fan reaction so far appears to be mostly positive.

At the time of writing, it only has 40 dislikes on YouTube compared to the near 1,500 likes, with many of the comments complimenting the updated version and expressing even more excitement for the movie’s eventual release.

Much like the song, the movie itself looks quite good as well. It’s not a straight adaptation of the games, centring itself around a whole new character called Cole Young, who teams up with the rest of Mortal Kombat’s heroes when he finds himself being hunted by Sub-Zero.

But aside from that, the trailers show that it’s quite authentic to the games in terms of the characters’ appearances. Plus, unlike the 1995 movie, it’s plenty gory, with some very faithfully recreated fatalities.

Most video game-to0movie adaptations try to distant themselves from the source material as much as possible, but Mortal Kombat is actively embracing it, which should make for a much more entertaining and satisfying movie.

The movie is currently slated to release in cinemas on April 23 (in the United States at least), where it will also debut on HBO Max, which is unfortunately not available here in the UK.

As has happened with other recent Warner Bros. movies that almost certainly means it will be made available as a paid-for rental via streaming services like Amazon Prime.

When does the Great British Sewing Bee start on BBC One

Daily UK Covid cases fall by 7% in a week as 3,150 more infections and another 60 die days before lockdown eases