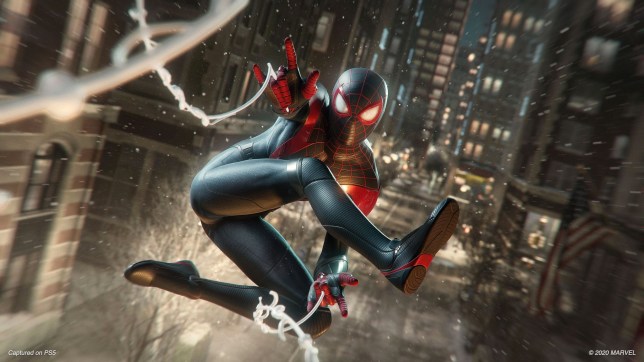 A reader imagines the return of the AA video game, with no compromise in graphics but stories that are shorter and more original.

Having finally managed to get my PlayStation 5 I did the obvious thing and picked up Spider-Man: Miles Morales as well, since I enjoyed the first one and the follow-up seemed to get unanimously good reviews. And I’m happy to report that it is a good game and I’ve thoroughly enjoyed it. I’ve also begun to wish that it has a bigger influence on gaming than it’s probably going to.

After beating the game, I remembered a comment from GC’s review where they suggested that, rather than being a flaw, the game’s short length was a major benefit in a number of ways. Not only did it lead to a tighter, more engaging storyline (the villain is miles, no pun intended, better than boring old Doc Ock) but it also showed that a game with top notch graphics and presentation could be created without the need for five years of development and end up better than ones that do.

Miles Morales had an obvious advantage here, in that the game world is largely the same as the first game, but it’s not as if there aren’t plenty of games that happily reuse assets from previous entries. And really, Miles Morales’ game world didn’t need to be that big for the story it was telling anyway. It was just that it already existed so they might as well use it.

The biggest problem with Miles Morales as an example is that Sony and insomniac don’t seem to have intended it as a demonstration of a new way of making games at all, that was basically just a coincidence. They just wanted a good-looking game ready for the PlayStation 5 launch and a spin-off from Spider-Man was the easiest way to do it. But it could be so much more!

As far as I’m concerned there are three main problems big budget video games face nowadays: they take too long to make, they’re very expensive to produce, and they tend to be overly long with lots of bloat. The problem with taking a long time to make is perhaps the least serious but it does mean that it’s now common for big developers to make only one game, or not even that, per generation, which is a terrible loss compared to what they could be doing.

The amount of money they need means that no sensible company can afford to take risks with a game anymore. If you’re spending $400 million to make a video game you’re not going to get mad experimental with it, you’re going to make something as safe and predictable, in terms of sales, as possible. That’s not because publishers are lazy or evil but simply because they want to keep their job – no exec gets paid to make artistic gambles, they get paid to create predictable levels of profits.

And the length of the games is a product of the same issue, where single-player games have to justify being so expensive by being 30+ hours long. No video game or character justifies that length though, it’s just endless filler and circular plot points to avoid anyone saying it’s a rip off or not good value for money.

There’s no artistic reason for The Last Of Us part 2 to be as long as it is, it would’ve been a much better story at half the length, but then people would’ve complained it was too expensive. As it is they didn’t though and that’s what Sony was banking on.

A lot has been said in recent years about the death of the AA video game. The sort of mid budget game that was common in the PlayStation 2 era but has slowly been dying out ever since. Indie games have picked up some of that slack but very few look as good as AAA games and yet Miles Morales absolutely does.

I would love to see a new generation of AA games that were more experimental but looked amazing and compensated for that by being relatively short. Not only could they afford to be more original, but they’d almost certainly end up telling a better story at the same time too. The catalyst for the revolution is right there but so far not even the people that made Miles Morales seem to have realised what they did.