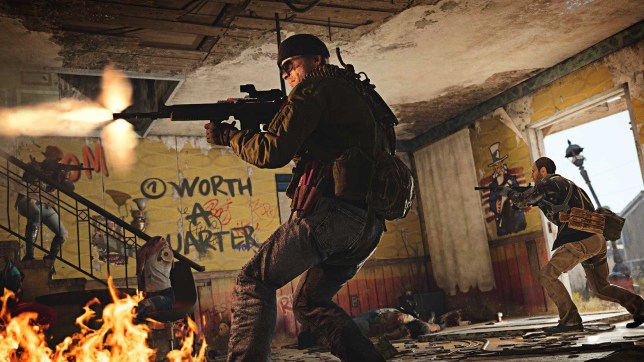 Nothing worth doing is ever easy (pic: Activision)

If you’re finding that Call Of Duty: Modern Warfare 2 is too easy for your taste, you’ll be able to switch to its Hardcore playlist soon.

Modern Warfare 2 launched with a bunch of new modes and maps but that doesn’t mean that more content won’t get added with future updates.

For example, the campaign’s storyline will be continued via a Raids mode that’s scheduled to arrive in mid-December, meaning that you’ll get to keep up with Task Force 141 down the line.

If you’re more interested in Modern Warfare 2’s multiplayer, there’s plenty of new stuff coming for that as well, including the much anticipated Hardcore playlist.

Some players have already expressed their disappointment that Hardcore was not available at launch, with some even saying they would’ve waited before buying it if they’d realised.

I’d be playing it a ton more if they had put hardcore mode in it from the start. Probably wouldn’t have bought it until it had it.

As the name suggests, the gameplay in Hardcore is much more unforgiving and realistic, making general gameplay more skill-based.

It also comes with a set of features including limited HUD elements and less health, ensuring kills with only one or two hits.

Friendly fire is always on, meaning your game can turn toxic really quick if you and your teammates find yourselves in a squabble – although deliberate team killers are usually punished in Modern Warfare games anyway.

Hardcore, which is now called Tier 1, will launch on Wednesday, November 16, alongside Season 1’s battle pass, meaning you only have a few weeks to get your weapons and loadouts sorted for maximum damage.

There’s not been an official announcement about which multiplayer modes you’ll be able to play on the Tier 1 playlist, but judging by previous versions of the game, Team Deathmatch, Search & Destroy, and Headquarters are likely to be featured.

For now, you can focus on mastering the brand-new Knock Out and Prisoner Rescue modes, because if they end up getting a Hardcore makeover, it will make their objectives even harder to complete.