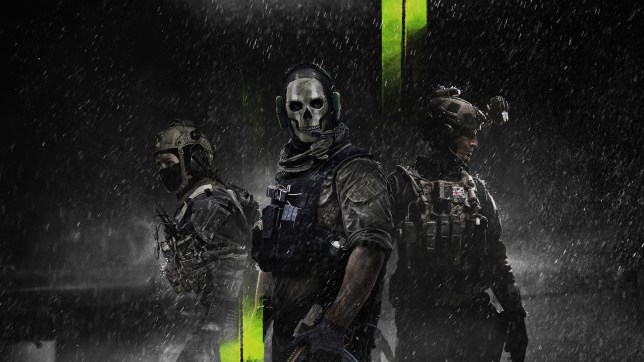 Get ready to stack up on high-tier cosmetics (pic: Activision)

As usual, Modern Warfare 2 will follow in the footsteps of the previous Call Of Duty games and get its battle pass a few weeks after launch.

Of course, that doesn’t mean you’ll have nothing to keep you occupied until then, as Modern Warfare 2 has already added a bunch of new modes and maps to the multiplayer, besides telling the story of Task Force 141 through its campaign.

More content, such as Special Ops raids missions and a Hardcore playlist, will also get added to the game after Season 01 officially kicks off, on Wednesday, November 16.

If the date sounds familiar, it’s because the franchise’s battle royale, Warzone 2.0 also launches on the same day, so you might find yourself with two much Call Of Duty to handle on that day.

Although the exact details of what the new battle pass will contain are still unknown, it’s expected to feature various special unlocks – though these days pleasing Modern Warfare 2 players have proven rather tricky for Infinity Ward and Activision.

All the cosmetics, such as Operator skins, emblems, calling cards and weapon blueprints, will also be unique to the all-new battle royale, as the two games are set to share battle pass progression.

You’ll also get to unlock two free weapons, though seeing how overpowered the M4 assault rifle has been so far, it’ll probably be hard to compete with it.

The Modern Warfare 2 battle pass price will once again be 1,000 COD points, which is usually around £10. If you’re feeling impatient, you can always pay a bit extra to skip levels, which costs 150 COD points per square.

If you’re a PlayStation player, you’ll also get five additional tier skips if you choose to go for the battle pass bundle.

The special edition of the game, called Vault Edition, comes with the Season 1.0 battle pass and 50 tier skips, so don’t be surprised if you see other players rocking high-tier cosmetics from day one.

For now, you can focus on finding the hidden weapons in the El Sin Nombre and Alone campaign missions, tucked away in several safes.

Don’t worry about figuring out the passcodes too much either, as we’ve already cracked them, on top of locating the safes in the maps.