WHEN people pose that we’ve entered the golden age of gaming, this isn’t what they have in mind.

A gold-plated PlayStation 5 has gone on sale online slapped with a gargantuan price tag and coupled with crocodile skin controllers. 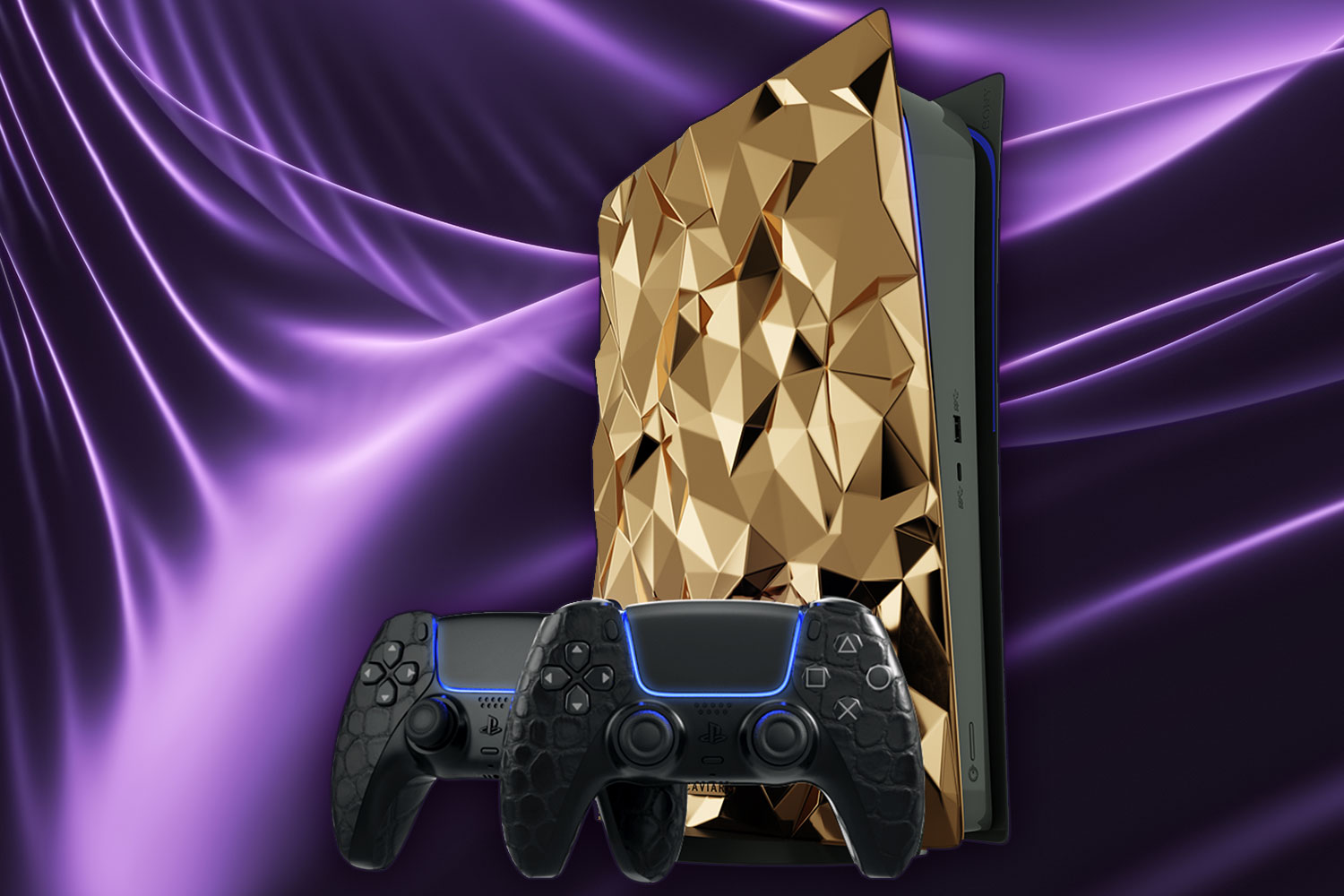 This luxury gold-plated PlayStation 5 could be yours for $500,000Credit: caviar/the sun

Luxury Russian retailer Caviar is selling the bougie machine for $500,000 (£359,000) – meaning it should at least be safe from pesky scalpers.

According to the store’s listing, the dazzling device is a “mixture of rationality and brightness, pure fine lines, and deliberate luxury”.

It adds: “Caviar jewellers could not pass by such a luxurious and very difficult to manufacture golden version of the PlayStation.”

Caviar claims the golden PS5 will be assembled from eight sheets that cover the exterior, cast in 18-carat gold. 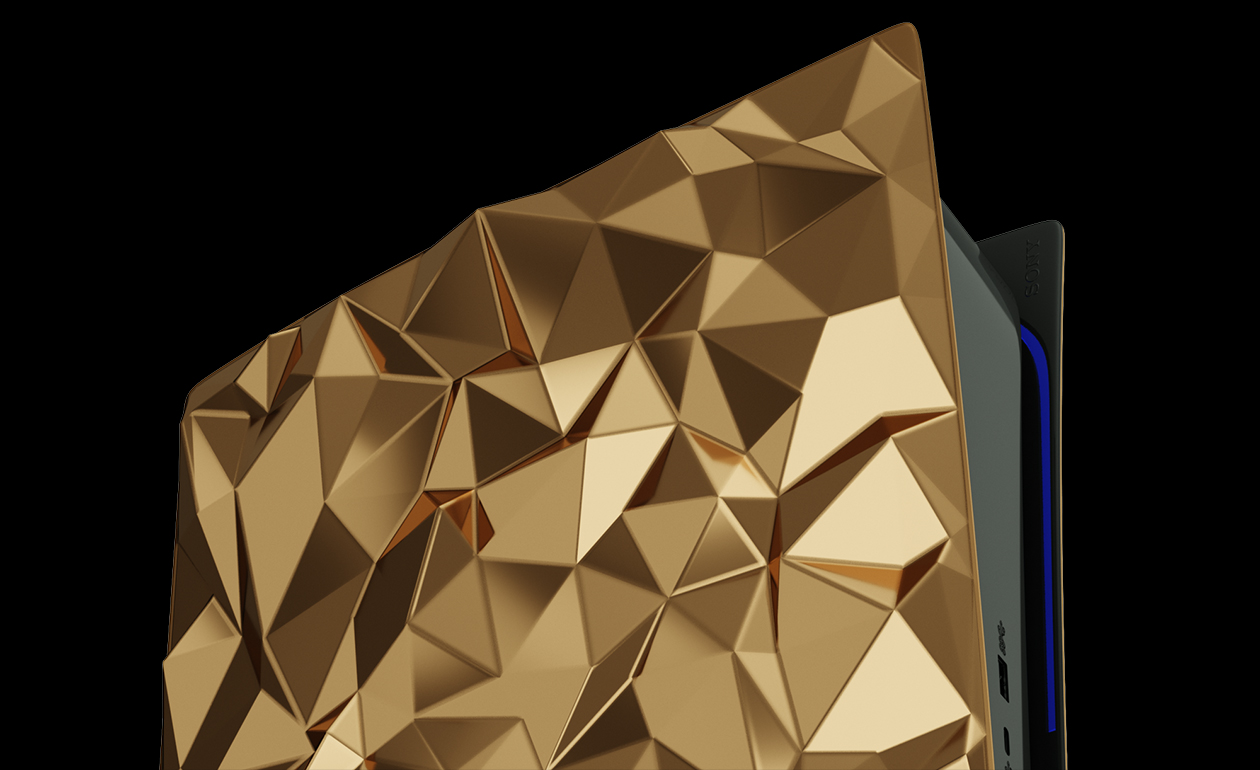 Only nine of the golden consoles will be made, according to CaviarCredit: caviar.global

Apparently, the 4.5 kilos of added bling doubles the weight of the customised machine.

The extravagant gadget is limited edition, and only nine will be produced, according to Caviar’s website.

It’s actually a Digital Edition PS5 pimped out with a garish geometric texture that’s been dubbed “golden rock” by its creators. 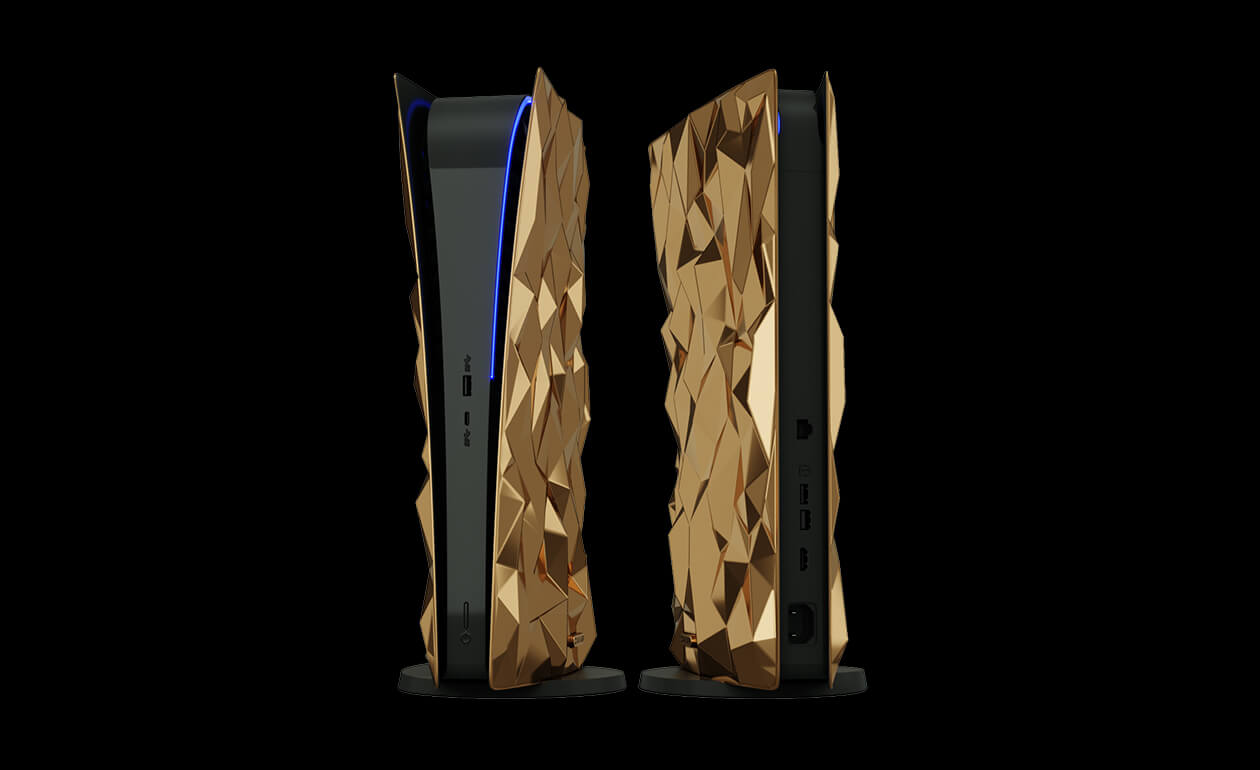 The design adds a geometric texture to the already bulky consoleCredit: caviar.global

“The case of this exclusive gadget is made in the original jewellery technique, which adds volume and texture to the model,” Caviar says.

“The inspiration for the designers was the unique geometry of the gold ore and the graceful, beautiful outlines of the rock.

“That is why the console was named Golden Rock.”

Caviar offers a number of luxury customised items on its website, including gold-plated iPhones and even gem-encrusted sneakers.

The company is effectively a modification shop, typically taking pricey items off of shelves and then adding elements to craft a luxury version.

All four consoles have seesawed in and out of stock in the months since release, with fresh batches frequently selling out within minutes.

Both Sony and Microsoft have said they hope to ramp up production in 2021.

Shortages are thought to have been caused by productions hiccups sparked by the coronavirus pandemic, as well as sky-high demand led by gamers twiddling their thumbs under Covid-19 lockdown restrictions.

Which is your favourite, PS5 or Xbox Series X? Let us know in the comments!

Who is in the cast of Below Deck Mediterranean season 1?