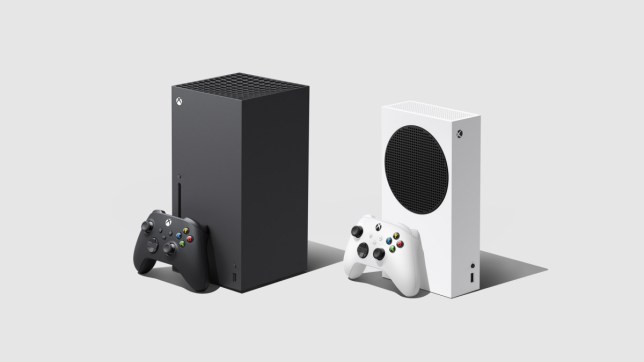 ‘This really is just the beginning,’ says Ronald (Microsoft)

Xbox’s Jason Ronald is teasing ‘exciting’ new features for the consoles that are coming very soon, as well as some updates and fixes.

Now that it’s been a few months since the Xbox Series X/S launched and is sitting in peoples’ homes, Microsoft’s next priority is to continually update the platform.

This is according to Jason Ronald, partner director of project management, who made an appearance on the most recent Xbox podcast episode to tease new features.

As for what these features are, Ronald didn’t say, only sharing that they are exciting and can be expected to arrive over the coming months.

‘As a team, we’re just really excited by this initial response from fans all around the world. At launch, we say it all the time internally, this is really just the beginning. We’ve got a lot of really exciting things that are coming down the pipeline over the coming months and over the coming years.

‘We’re also partnering really closely with key game developers from all across the industry to really take full advantage of all the next-gen capabilities that we put in the Xbox Series X and Series S.’

Ronald and his team have also begun listening to community feedback in order to update the platforms and include some quality-of-life details. For example, the quick resume feature had to be disabled at launch for certain games, something which the team is working to fix.

Other updates include things like adding features to the Xbox mobile app, such as Achievements, and improving broadcasting, which Ronald says are high priorities for the team.

While the newer features likely won’t be added to the Xbox One, Ronald does assure fans that Xbox One owners will continue to receive quality-of-life updates as well.

‘When we say we’re listening to the community, it includes everyone, including people on Xbox One, people with an Xbox Series X and S, and that feedback’s critically important to us because it really drives our priorities, and we want to make sure that we’re really delighting our fans regardless of what device you choose to play on.’

The new console has certainly been a financial success for Microsoft. It was the best-selling console in the UK in January, though that might be because it was simply easier to obtain than the PlayStation 5.

How old is Meghan Markle? – The Sun

Why are Holly Willoughby and Phillip Schofield not on This Morning?