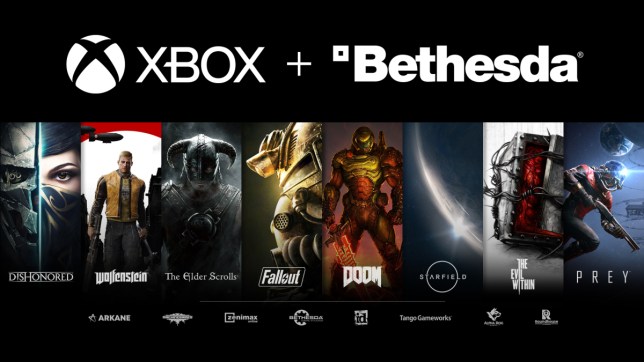 The European Union has approved Microsoft’s planned acquisition of Bethesda, putting it one step closer to completion.

While Microsoft’s announced acquisition of Bethesda (or rather ZeniMax, Bethesda’s parent company) was a shocking reveal last year, it hasn’t actually happened yet.

Even now, the deal has yet to be completely finalised, although it has taken a big step forward now that it has been approved by the European Union.

According to the official European Commission website, the decision was reached on March 5, which was the initial deadline.

If you’re wondering why Microsoft needed the EU’s permission in the first place, it’s because mergers and acquisitions such as this need to face antitrust regulators.

If the EU decided that the deal threatened market competition and provided Microsoft an unfair advantage, it could have prevented it from happening altogether. Fortunately for Microsoft, that hasn’t been the case.

‘The Commission concluded that the proposed acquisition would raise no competition concerns, given the combined entity’s limited market position upstream and the presence of strong downstream competitors in the distribution of video games. The transaction was examined under the normal merger review procedure,’ said an EU statement.

There were concerns that the deal could have been delayed due to a class action lawsuit against Bethesda over Fallout 4 DLC. Only a couple of weeks ago, GamesBeat reported that law firm The X-Play Group was accusing Bethesda of going back on its DLC promises.

Originally, Bethesda advertised its Fallout 4 season pass as containing all potential DLC for the game. It then later announced the Creation Club, which included new DLC items that weren’t available to those who bought the season pass. At the time of writing, the lawsuit is still ongoing.

Once the deal is finally complete, Microsoft will officially own all of Bethesda’s franchises, including Fallout, The Elder Scrolls, and Doom.

There have naturally been questions about whether this will mean all future Bethesda games, like Elder Scrolls 6, will be exclusive to the Xbox platform. Xbox head Phil Spencer has suggested that it’s possible, but the implication so far has been that already established franchises won’t suddenly become Xbox exclusives.

As such, Bethesda’s Todd Howard, when asked about Elder Scrolls 6 only releasing on Xbox, said it was hard to imagine. The situation with the all-new Starfield though, is less certain.

It’s also being speculated that Microsoft intends to hold a Bethesda-centric event/presentation later this month. If accurate, it may further clarify what the future will hold for Bethesda’s line-up.