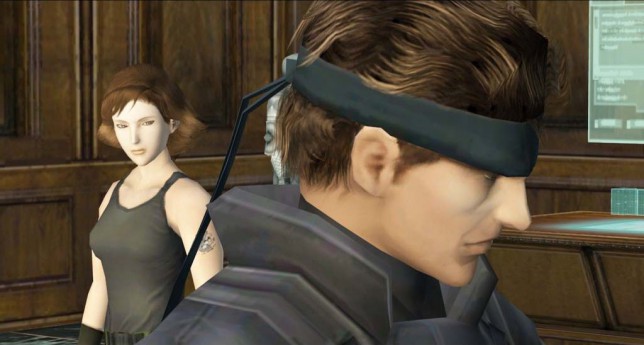 The original voice of Solid Snake says he’s been told information that makes him believe a remake on PS5 could finally be underway.

Going back to play the original Metal Gear Solid today is a stark reminder of just how much video games have evolved over the last 23 years. As such, fans have long been calling for a modern remake and according to the original voice of Solid Snake it may finally be happening.

Voice actor David Hayter appeared on the Dan Allen Gaming podcast, where the subject of a Metal Gear Solid remake on PlayStation 5 was raised.

Hayter was asked whether he thought it would happen, to which he replied that until recently he did not. He then described having received a text from an industry insider, who said they heard it ‘might really be happening’.

Tom, we talked about this.
Please check your Codec each morning for meeting updates and evacuations in-case of PMC incursions.

And we have visitors coming next week, so finish cleaning the vents and make sure the flags are all hung properly, but do not touch the C4 this time. https://t.co/u9C6yrONil

Although the source of the text was not revealed Hayter seemed to think it was reliable, describing it as an industry rumour that ‘tends to be a little more accurate’.

He gave no indication that he was involved personally though, as the question of whether a remake would use the original voiceovers was discussed.

Allen also made reference to a recent tweet from the official Metal Gear account, that some fans have interpreted as hinting at an upcoming announcement.

The tweet is so ambiguous it’s hard to draw any real conclusions but there have been unsubstantiated rumours for some time that Sony may be helping Konami to create a remake, possibly involving developer Bluepoint – who worked on the Demon’s Souls remake.

Konami’s lack of engagement with the video games industry in recent years makes any rumours difficult to judge, but Sony has been talking a lot about exclusives lately and a PlayStation 5 only remake of Metal Gear Solid would certainly hold plenty of appeal for them.