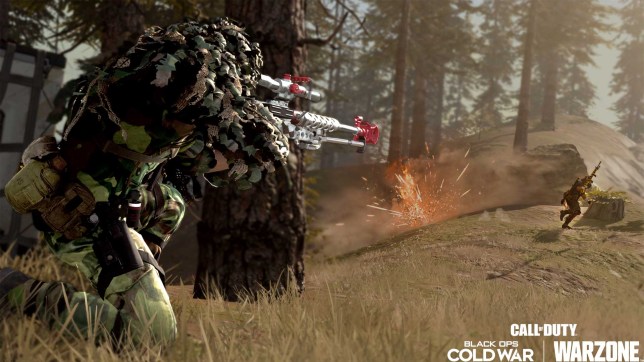 The next update for Call Of Duty: Warzone is particularly large but it will reduce how much storage space the game takes.

Between Call Of Duty: Warzone, Modern Warfare, and Black Ops: Cold War, the current Call Of Duty line-up of games is infamous for how much space they take up on consoles and PC.

It’s reached a point where, if you wanted to play all of them, you’d potentially have no room to download anything else. Fortunately, Activision has been working on something to help mitigate this problem somewhat.

As part of the Season 2 Reloaded update (which should already be live), the file sizes for Call Of Duty: Warzone and Modern Warfare will be reduced across all platforms.

Those who just own Warzone will see it shrunk by between 10.9 GB and 14.2 GB, while those that own Modern Warfare, which includes Warzone, will see a reduction of between 30.6 GB and 33.6 GB, depending on their platform of choice.

The update itself is particularly large, however, clocking in at between 52 GB and 57.8 GB (PC Modern Warfare owners get an even larger 133.6 GB update), but Activision says that this is necessary to reduce the overall size of the games.

It also assures that this is a one-time thing and that future updates for Warzone and Modern Warfare will be much smaller.

This obviously isn’t all that the mid-season update brings.

There’s a bunch of new content that’s included, such as new playable Operators, more multiplayer maps and modes for Black Ops: Cold War, and a new region for the Outbreak mode, which was teased last week.

Call Of Duty: Warzone is available on PC, PlayStation 4, and Xbox One.

PS5 in stock NOW at Amazon and EE plus Playstation console restock rumoured at Very, John Lewis and ASDA

When do gyms reopen? – The Sun