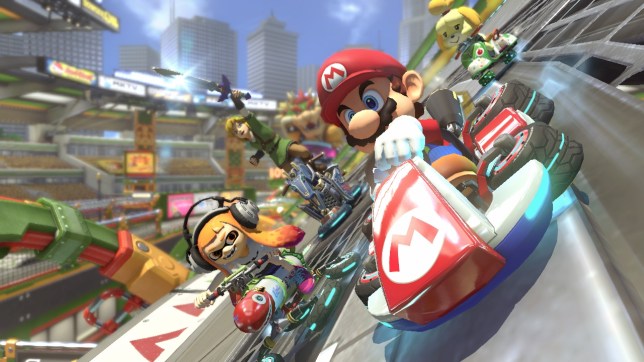 A reader makes some suggestions for new features Nintendo could add to Mario Kart 9 and how it would be the perfect game for the Switch Pro.

With so many gamers currently invested in the next gen battle between PlayStation and Xbox my thoughts at the moment are tuned towards the more nebulous prospect of the Switch Pro. Everyone seems convinced that it’s going to come out this year and considering how good the original Switch has been I am all for it. It’ll be cool to see Nintendo working with something closer to cutting edge but, as ever, the most important thing will be the games.

Nintendo rarely has much to worry about on that count but what I’d like to talk about today is the prospect of Mario Kart 9. Mario Kart 8 is one of the biggest selling games on the Switch and normally you only get one Mario Kart per console. Except Mario Kart 8 is really a Wii U game and the Switch version is essentially a port, not even a remaster.

Even so, releasing a new Mario Kart on Switch would be seen by many as lazy and unwanted. After all, the Mario Kart games are all fundamentally very similar, so taking advantage of the new tech of a new console is one of the main reasons to make a new one, so… you can see where I’m going with this, right?

Mario Kart 9 on Switch Pro makes so much sense it virtually guarantees Nintendo won’t do it, but just in case they do for once do something somewhat predictable here are my suggestions for how they could make the next Mario Kart the best ever.

Mario Kart 8 Deluxe already has Zelda and Animal Crossing games in it, as well as references to F-Zero and other Nintendo games, so the next logical step is a full-on Smash Bros. style incorporation of every Nintendo franchise ever. Most characters would fit in very easily, especially Samus and the Star Fox crew but you could also have everything from an Advance Wars tank to Kirby and his stupid star.

As well as more variety in what karts look like I’d also like to see the parts make a real difference, as at the moment it’s all very minor and you never feel like there’s any real importance to which one you choose. I’d like to see this become a proper strategic decision and help to make the heavy characters less OP, so that anyone can win with any set-up if they’re skilled enough.

Mario Kart 8 on your own already is 60fps but if Nintendo want to show off how powerful the Switch Pro is then how about 60fps for four-player split-screen? Local multiplayer is still the best multiplayer for Mario Kart and you can really see the difference 30fps makes to the smoothness of the game and the controls. Obviously you want the graphics to look pretty but make them super smooth and super-fast and that will be what really matters to Mario Kart.

Nintendo are usually pretty dogmatic when it comes to game options but Smash Bros. is great in terms of the amount of control it gives you over the rules of the game and banning certain items. That would be highly desirable for Mario Kart, if you could just switch off the blue shell if you want. Not just that but maybe you could even measure out your own courses, based on a flyby of the map, especially if there are some open world areas, as would be great for my fifth and final point…

Since forever, the only major problem with Mario Kart has been the bare bones single-player mode. Mario Kart 8 didn’t do anything to improve this situation, with another Grand Prix mode that’s basically the same as all the others. What I’d like to see is a proper story mode, taking its cues from Diddy Kong Racing, and incorporating lots of different challenges, boss races, and hidden extras. Oh, and some kind of story about saving the Mushroom Kingdom by driving really fast, or something.