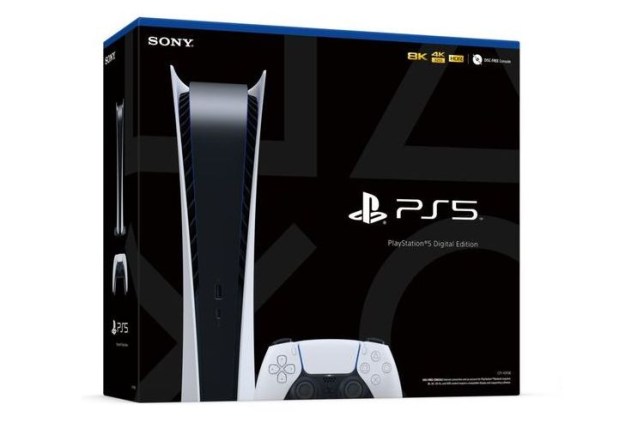 The PS5 may be becoming a little easier to get (pic: Sony)

GAME’s stock has now run out but it did last a lot longer than usual, which bodes well for next month.

Today’s expected restock of PS5 at GAME has been much bigger than usual, with insiders suggesting that all stores will get more in March.

As we write this GAME still has stock of the PlayStation 5, which is unexpected because it went live more than an hour ago and usually it doesn’t last longer than 10 or 20 minutes.

That doesn’t suggest decreased demand for the PlayStation 5 though, but rather that GAME has got more stock in than usual – which is apparently a trend that’s set to continue.

The provenly reliable Twitter account PS5 UK Stock – Instant Updates predicted today’s restock but it also claims that the one due on March 8 will be ‘the biggest yet for all retailers’.

It’s always been hoped that as time goes on stock will become easier and easier to get hold of, both for retailers and customers, but up till now there’s been little sign of that happening.

Today’s GAME restock may be the turning of the tide though, and while the PlayStation 5 is never likely to be easy to get, until at least this autumn, it hopefully shouldn’t be quite so difficult – or expensive, if you’re buying from eBay.

It’s also suggested that the March restock will see the largest proportion of Digital Editions become available, accounting for 58% of the total.

Unlike the Xbox Series S, the Digital Edition PlayStation 5 is exactly the same as the standard version, just without the disc drive. That means it’s only a little cheaper but it’s still a useful option for those on a budget and who don’t mind buying everything digitally.

â ¹ March restock will be the biggest yet for all retailers. GAME has been adding bundles for a few days in anticipation for March 8th. Pre-orders will be released twice this week Tues 8am onwards. Use guest checkout!!

Who is Daft Punk’s Thomas Bangalter?