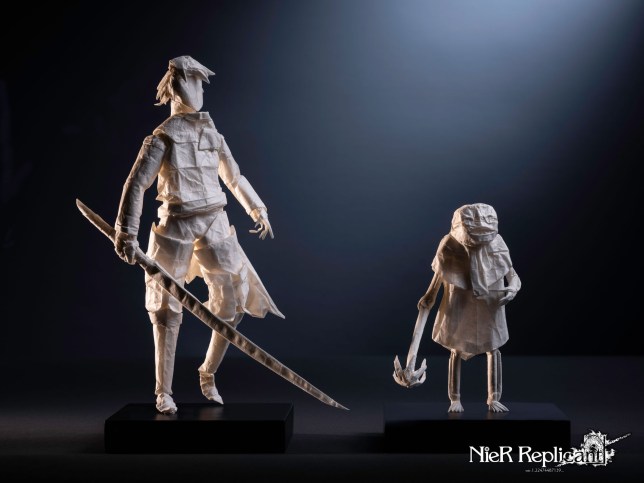 NieR Replicant – because why not? (pic: Peter Searle)

The remaster of NieR Replicant is out this week and to celebrate the fact Square Enix is showing off some crazily detailed origami models.

It might have been largely ignored when it was originally released over a decade ago, but the launch of NieR Replicant this week is due to be greeted with considerably more enthusiasm, thanks to the surprise (but much deserved) success of sequel NieR:Automata.

Not quite a remake but far more than a simple remaster, NieR Replicant will launch this Friday, April 23, on Xbox One, PlayStation 4, and PC.

To get you in the mood, Square Enix has convinced Finnish origami expert Juho Könkkölä to create paper models of two of the game’s main characters… and it’s taken him ages. 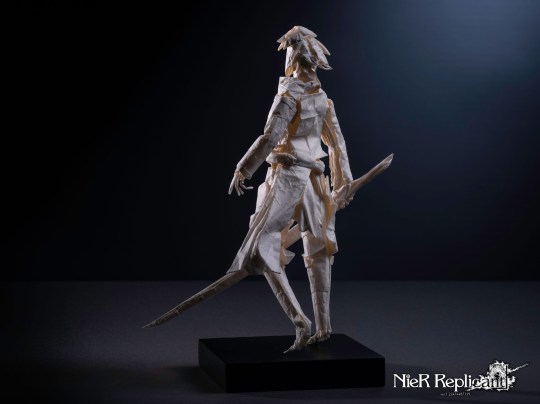 The models are of the protagonist, whose name is whatever you chose, and his ally Emil, and involved around 210 hours of preparation and folding, utilising a single sheet of paper and traditional Japanese paper folding techniques.

The final step, which we didn’t realise was a thing in origami until now, is the ‘wet folding process’ where all the fine details and shaping are added.

In case you’re wondering, origami has no special relevance to NieR and we’re not sure it’s ever brought up in either game, which makes it exactly the sort of non-sequitur that is perfect for promoting the game.

Given the effort Square Enix are putting into this new release many are hoping that it and Automata’s success all but guarantee a new sequel. But if that is on the cards Square Enix hasn’t even hinted at it yet.

They did recently reveal that they’re planning to make announcements at E3 in June though, so there’s some hope we might hear something then.