The bounties will be yours for the taking (pic: Wizards of the Coast/Martina Fackova)

Magic Arena brings the fun of the tabletop to the digital space, but getting the best decks sometimes needs a little help.

With the physical version of Magic: The Gathering debuting the Streets of New Capenna set, Magic Arena’s code list is also due for a shake-up.

The latest set of cards are themed around magical mobsters and the world of crime, in this particular slice of the multiverse. It releases April 29, with Dominaria United coming a few months later in September.

These codes should give you the needed boost if you’re just starting out or returning to the game after a while. Each pack included with the codes will contribute to the five you need to get free ‘wildcards’, which can be exchanged for any card of the same rarity.

The following codes will give you three packs for each of the different sets. There is currently no set date for the codes to expire. 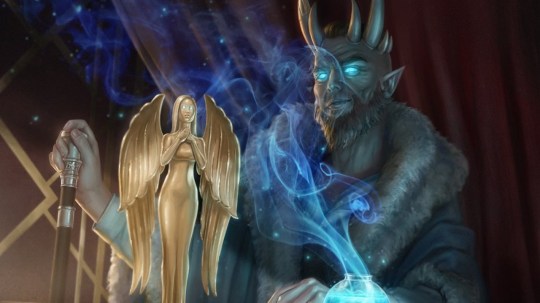 New Capenna has a slight issue (Source: Wizards of the Coast/Dallas Williams)

To customise how your decks and cards look, these codes will provide you with skins or sleeves, including the stained glass themed Planeswalker cards that were available during the War Of The Spark set.

These codes will help you gain some levels on the battle pass, with the potential to earn you even more packs of cards as you progress.

Of course, the rewards will be limited if you’re on the free version of the battle pass, but the gold acquired by doing your daily quests, or from these codes, can go towards playing in other modes, like draft, where your wins can net you huge gem prizes. These can then be traded in for the full battle pass.

How to redeem Magic Arena codes

Magic Arena has followed suit with a few other free-to-play games and has limited the options for how to redeem codes if you’re playing on your phone or tablet.

The reason for this is that Apple and Google are very particular about codes that haven’t come directly through their storefront. This is why Magic Arena on mobile has fewer options to purchase gems than its PC counterpart.

On the PC version you can simply head into the store and in the top right hand corner is a box with ‘redeem code’ inside. Tap in the code and you’re done.

However, if you move over to your iOS and Android devices, it’s not there.

For this you’ll need to go to Wizards Of The Coast’s website – the makers of Magic: The Gathering – and login to their code redemption service.

Once you’ve done that and reopened the game, the next time you login or enter the store in the game, you should see your reward. You can also do this on PC if you want to just input as many codes as you can before you open the game.

Katie Price’s ex Kieran Hayler reports her to police over ‘dangerous’ video of son Jett, 8, not wearing a seatbelt