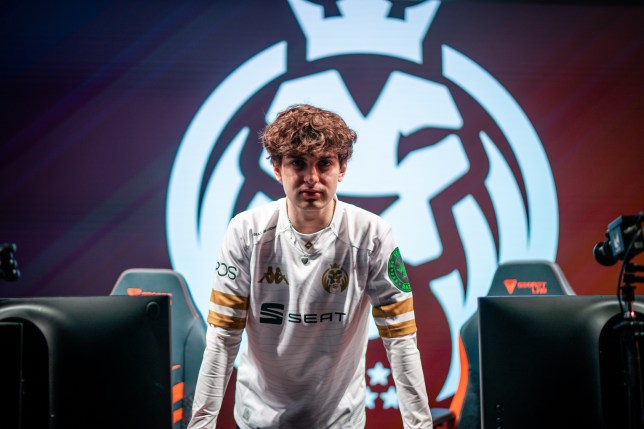 MAD Lions have a point to prove in their first-ever LEC final (Picture: Michal Konkol/Riot Games)

The League of Legends European Championship (LEC) Spring 2021 Playoffs will conclude this weekend and for the first time ever, MAD Lions will compete in the final.

It has been just a year and a half since the rebrand from Splyce, yet MAD have already established themselves as one of the strongest and most exciting teams in Europe – living up to the high standards of their predecessors.

In 2020, MAD exploded onto the scene with a team of rookies and promising mid-laner Marek ‘Humanoid’ Brázda who had just ended his first year at the top level with a LoL World Championship quarter-final appearance.

The Lions now have the most exciting opportunity of their young careers ahead of them. Though they will have to learn from previous failures.

In their first year, MAD surprised everyone. The squad defeated G2 Esports, the most successful team Europe has ever produced, in a spectacular best-of-five during the Spring Playoffs before remarkably finishing second in the Summer Split during the regular season.

But the inexperienced squad crumbled under the pressure of their own hype. The following playoffs run was bitterly disappointing and their international debut was a disaster. MAD failed to even qualify for the Worlds main event, becoming the first European team to ever be eliminated from the Play-Ins.

For the players who kept their place after last year, this weekend’s final is a shot at redemption. A chance to prove themselves. 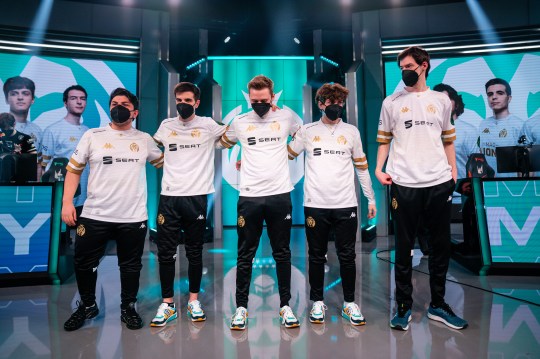 MAD Lions have a chance to finally live up to their potential (Picture: Michal Konkol/Riot Games)

Following the poor showing at Worlds, the excitement around MAD had cooled. It was always going to be an extremely difficult job to try and improve upon the squad that had seemingly already reached far beyond their means.

Three of those over-achievers are still on the team and are now joined by jungle prodigy Javier ‘Elyoya’ Prades Batalla and the Turkish top-laner who starred in MAD’s Play-Ins elimination, İrfan ‘Armut’ Tükek.

Their identity of relentless fighting still remains, but countless silly mistakes in-game left MAD bang in the middle of the standings after the first four weeks. There were growing concerns that the promising team had been nothing more than a flash in the pan.

The sudden improvement since then has been remarkable. MAD have managed to exceed all expectations yet again and upset the apple cart.

For the first time since 2016, Fnatic find themselves outside of Europe’s top three. Meanwhile, both G2 and Rogue, the LEC’s best performing teams during the Spring Split, were defeated convincingly by the Lions and now have to play in the semi-finals for even a chance at revenge.

Competing in their first-ever final, the young team of MAD have an opportunity to cement their own legacy by becoming just the fourth team to ever win an LEC title. Plus, victory would mean qualification for the Mid Season Invitational (MSI), allowing them to finally face the world’s best teams in a competitive setting 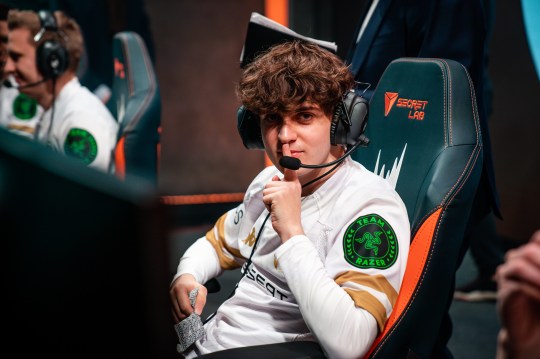 The LEC final is the perfect time for MAD to silence their doubters (Picture: Michal Konkol/Riot Games)

Those players who were part of MAD last year have already shown what they’re capable of. Humanoid is the leader who brings an x-factor to the team with his ability to clutch out with a miraculous play.

You have Matyáš ‘Carzzy’ Orság who’s fearless playstyle is as captivating as his hilarious interviews plus he’s never afraid to pull out a surprise pick.

And, of course, there’s Norman ‘Kaiser’ Kaiser who has quickly building become one of the best supports in the region with his other-worldly ability to find advantageous engages against even the strongest of teams.

Even new-boy Armut has already had time in the spotlight following his exceptional showing in last year’s Play-Ins. It took him a little while to settle but he has now made game-winning plays for MAD in high-stakes matches on multiple occasions.

The biggest unknown factor was rookie jungler Elyoya. Two years ago, he was just starting out his competitive career in the second division of Spain’s competitive circuit. Now, he is heading into the LEC final as one of the favourites to win the Rookie of the Split award with a reputation as one of the best-performing players in his role with the highest average gold difference at 15 minutes (357) of all LEC junglers.

His early-game prowess is outstanding. His calmness under pressure is extraordinary. His game knowledge and work rate have been repeatedly praised by other pros and experts throughout the year.

Elyoya is a superstar in the making and, considering his meteoric rise, it surely won’t take long for him to make an impact on the international stage either.

In his interview on stage following the surprise win over G2, the Spaniard couldn’t contain his excitement. Having already tweeted asking for somebody to wake him up, Elyoya spoke about his journey towards living out his dream: 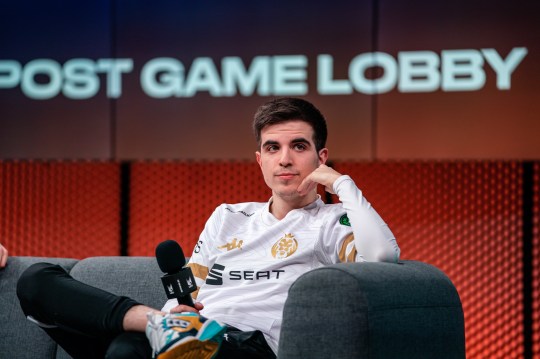 Elyoya is a star to look out for after an impressive debut season (Picture: Michal Konkol/Riot Games)

‘It all came along by not having a plan B. I really wanted to go pro in League, I knew it was my dream and I didn’t enjoy anything the same as playing League. I couldn’t think of any job or anything to study.

‘I felt like I was not happy, I was not having a good life. So, when I had the chance to actually be happy, to live through something that I really enjoy playing, if I get to an older state I just want to look back and say ok I gave it everything I have. Maybe it won’t work out or maybe it will, but at least I have no regrets.’

No regrets will likely be the motto for MAD this weekend too. No matter who they face in the final, they’ll likely be considered underdogs.

Whoever wins between G2 and Rogue will have to step into the Lion’s den on Sunday. Those young cubs have matured into powerful, fearsome beasts. Their prey? The LEC trophy and anybody who tries to take it from them.