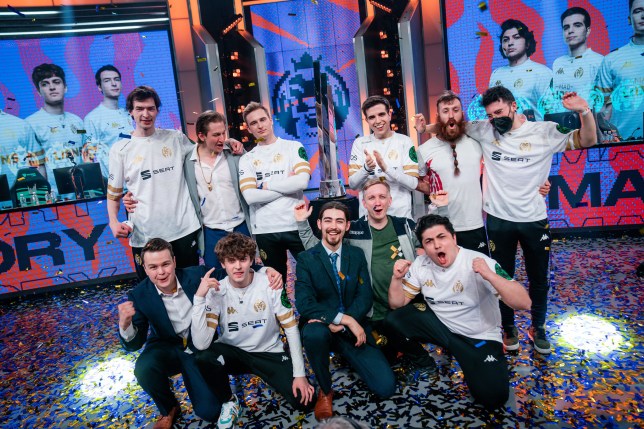 The League of Legends European Championship (LEC) finally has a new name on its wall of champions as MAD Lions won the 2021 Spring Playoffs.

It was a historic final for a multitude of reasons. For starters, this was the first European final ever, since the league began in 2013, that a playoff final did not contain either G2 Esports or Fnatic – the two most dominant teams in the region.

Instead, the youthful rosters of MAD and Rogue clashed in a scintillating best-of-five to decide who would become just the fourth team to ever lift the LEC title.

It was an extraordinary series and an extremely close set of games but in the end, MAD came out on top with a remarkable comeback to reverse sweep the series 3-2.

That meant that the team’s new top-laner İrfan ‘Armut’ Tükek and jungler Javier ‘Elyoya’ Prades Batalla became champions in their first-ever LEC split. The former was awarded as the player of the series following the final while Elyoya received the Rookie of the Split award.

After defeating G2 in the semi-final the day before, Rogue had a lot of momentum heading into the final and were slight favourites to lift the trophy. It looked like that would be the case as Rogue were dominant in the early stages of the series.

Rogue eased their way to a win in the opening game and were in full control of the second but threw away their lead as MAD began to find advantageous fights. However, Rogue made a comeback of their own to a take 2-0 lead.

MAD then found themselves behind once again in game three where a single loss would end their title hopes. Yet, once again MAD managed to fight back and this time, closed out the game before dominating the fourth to force a fifth and final match.

At the start of game five, Rogue were brutalising MAD in the early stages. However, they failed to capitalise on their lead and MAD managed to win the entire series after winning a team fight from a 6,000 gold deficit.

Now, MAD Lions will represent Europe at the Mid Season Invitational where they will take on the respective champions from the top LoL leagues in the world.