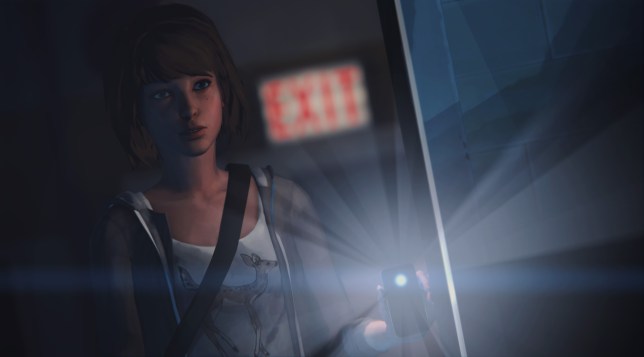 Do you want Max and Chloe to come back? (Pic: Dontnod Entertainment)

A new rumour claims that two more Life Is Strange games are in development, with the first one set to be ported to the Switch.

When Dontnod Entertainment said it was focusing its efforts on a new franchise for the time being, it felt like the wait for a new Life Is Strange got that much longer.

However, a recent ResetEra post popped up claiming that not one, but two Life Is Strange games are in the works. They offered no public proof but provided supporting evidence to the site’s moderators, that seemed to convince them that the rumour had substance.

According to the rumour, the first of the two games is currently in production and will be another episodic title consisting of five episodes. It will once again feature a completely new cast, with the main character being an Asian-American woman who can read minds.

As for who is making it, it’s Deck Nine, the studio behind prequel Life Is Strange: Before The Storm. Even though it wasn’t handled by the original team, Before The Storm was a solid experience on par with the original game, so an entirely new entry would certainly be in safe hands if this is accurate.

The second game, however, is a bit wilder. It’s apparently still in pre-production and a few years from releasing and is described as a direct sequel to the first game, once again focusing on the duo of Max and Chloe.

Considering the first game had multiple endings, it would be interesting to see how a direct sequel would be handled, especially as the rumour suggests the characters would be significantly older.

The rumour adds that both of these games are being made using Unreal Engine and that the first game will be ported to the Nintendo Switch, which will be announced alongside the first rumoured game.

This all sounds perfectly believable but, as always, take the rumours with a grain of salt. That’s especially true given the original poster asked for the forum thread to be closed, albeit not before outlets like GamesRadar were able to report on it.

‘I no longer feel comfortable with having this information posted so I am going to ask that this thread be closed,’ wrote the poster. ‘I have no direct connections to Square Enix or Deck Nine so my comments here were simply based on rumours that I have heard that I thought were credible. Again, keep in mind that much of what I said may be false.’

‘I apologise if I got anyone’s hopes up! Please stay tuned to official channels for more information.’

Whether the poster is admitting their sources are weak or is under pressure because what they’ve said is true is unclear but at this point it would be more surprising if Deck Nine weren’t working on a new Life Is Strange.

Their work on Before The Storm was very good and given Dontnod will not be returning to the franchise, which Square Enix owns, any time soon it makes perfect sense that Deck Nine would be used in the meantime.