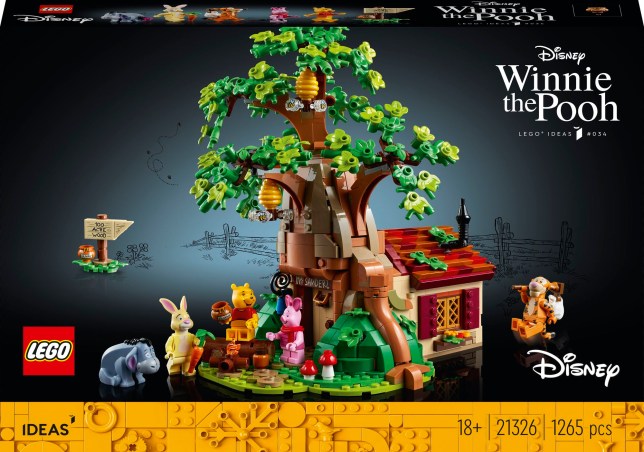 Lego Winnie the Pooh – not as easy to make as it looks (pic: Lego)

The latest Lego Ideas set to make it to release is based on Winnie the Pooh, but surprisingly it has an 18+ age rating… for difficulty.

Lego and Disney have been working together for years on various different sets but except for a few exceptions, like the giant-size Disney castle, they’ve always been aimed very much at kids.

A lot of the sets, like a new line of Mickey & Minnie designs, are aimed at Lego’s youngest fans but the new Winnie the Pooh set is so tricky to put together it has an 18+ rating.

Many of Lego’s most complex sets are aimed at adults and in fact this one is a Lego Ideas design, which means it was created by a fan and then voted on by others for a chance to be turned into a set others can buy.

Often the Lego Ideas sets are more complex models, such as a working piano, or based on more adult licences such as James Bond but this one is just Hundred Acre Wood, with minifigures for Winnie the Pooh and his friends.

Lots of Lego Ideas designs make it to the 10,000 vote mark from fans but after that they’ve got to be assessed by Lego to make sure they’re suitable for turning into a real set.

In this case everything worked out and design Ben Alder saw his original creation refined by Lego but essentially released exactly as he made it, with Pooh’s house opening to reveal furniture, lots of honey pots, and some beehives outside.

The five minifigures are Winnie the Pooh, Piglet, Tigger, Rabbit, and Eeyore – who is an usual shaped character to turn into Lego. 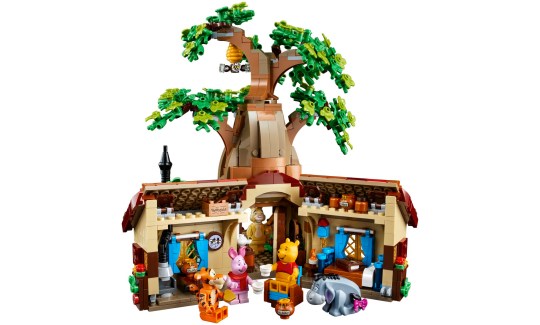 Lego Winnie the Pooh – the house is filled with details from the films (pic: Lego)

‘I love Winnie the Pooh and remember my parents reading it to me as a child. I now read the same Winnie the Pooh stories to my children, so it is certainly something dear to my heart. I decided to make the set so that my children could bring to life our bedtime stories but never quite expected the positive reaction it has received’, says Alder.

The Winnie the Pooh set will be available from March 18 if you’re a Lego VIP member (which you can sign up for free for here) or April 1 for everyone.