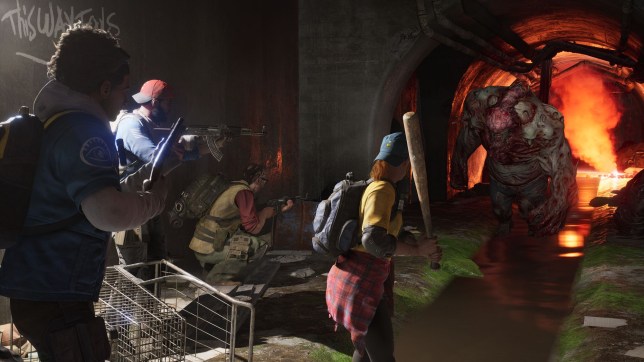 Back 4 Blood – back till autumn, more like (pic: WB Games)

The latest promising video game to suffer a major delay is Back 4 Blood, although there will be a public beta this summer to make up for it.

It’s become an almost daily routine, listing all the games that have been delayed – in fact we’ve had one already today, with Sega’s Humankind being delayed from April to October.

Back 4 Blood has suffered a similarly significant hold-up, as while it was originally due out on June 22 it won’t now be released until October 12.

As ever, the reason for the delay is the coronavirus, with developer Turtle Rock admitting, ‘It definitely slowed things down for us’.

‘We know how excited everyone is about the title and we want to do it, and all of you, right by not rushing it out the door’, reads the studio’s Twitter account.

The game was already a lot of fun to play during the closed alpha last December, where it really did prove to be Left 4 Dead 3 in all but name.

That’s hardly surprising considering Turtle Rock made the original Left 4 Dead game, before going on to work on the considerably less successful Evolve.

Back 4 Blood is being published by Warner Bros., so it should get a major marketing push for the open beta and when it’s finally released this autumn.

We know how excited everyone is about the title and we want to do it, and all of you, right by not rushing it out the door.

Once again, thank you and we hope to see you in the Open Beta this Summer!