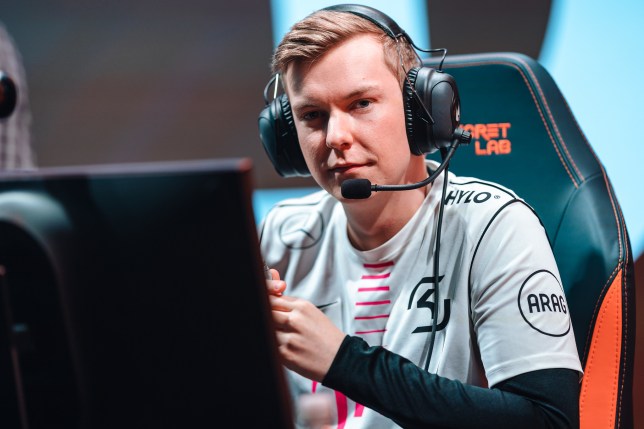 Erik ‘Treatz’ Wessén has been a front-runner for the League of Legends European Championship (LEC) Spring MVP award. Yet, he believes he is capable of much more.

It had been over 380 days since any European LoL games had been played on stage but the pros returned to the studio last week for the Spring Playoffs.

In the first series, SK Gaming were looking to cause a major upset and eliminate Fnatic in the opening round with support Treatz their secret weapon. The Swede has been in immense form this year, leading his team from the front with fantastic engages and roams.

While SK ultimately fell short with a 3-1 defeat, the young roster has shown a lot of promise in their first split together. Metro.co.uk caught up with Treatz to find out more about the thrilling series, his first game on stage in over a year, and his lofty World Championship ambitions this year.

Commiserations on the defeat but it was a very entertaining series where SK performed really well. Can you talk us through the games from your perspective?

I think in most of the games, the drafts went exactly how we expected. We had a lot of confidence going into every game but things were decided on such small things that it was hard to take a lot into the next game. Even after the first game, we felt like it was our game to win but we threw.

We bounced back in game two and we felt really confident, I think honestly game three and four were both bad flips on bot-lane level one which made the game a bit harder. We came back in team fights but they had some slight edges when it came to getting random picks and setting up fights which is ultimately why they won the series. 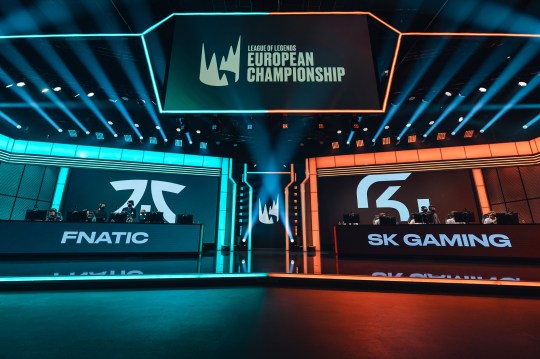 It’s pretty noteworthy to hear you say the team was feeling confident in every game considering that the roster is so young and fairly inexperienced. How did the team handle the pressure throughout the series?

Honestly, I don’t think anyone in our team felt any pressure. We haven’t played any series together, I mean neither has Fnatic but they have way more experience than us. The drafts especially gave us a lot of confidence, there were some slightly bad picks but even then we felt good in the game.

We knew the games with Fnatic would come down to a lot of fights so we tried to pick fight-heavy comps. Even though we lost some games, we had the same confidence after and we were really just in the zone.

That’s really encouraging to hear, especially considering it was your first time competing in the studio as a team. Can you remember what the last game was you played on stage? And did SK have to do anything different in their preparations to be ready for the stage games? Does it feel different even though there wasn’t a crowd?

I think crowd or no crowd, when you’re in the game you don’t see the crowd anyway. It can affect the audio but the white noise blocks out a lot of that anyway. The crowd makes it a bit more hype but even without them, just being on stage and seeing the enemy team across from you, seeing the casters and being in the venue just makes it way more exciting and I guess adds a bit to nerves, especially in the first game.

We didn’t change much in our preparation, I think we just wanted to play as natural and as close to scrims as we could. That’s definitely something we succeeded with, we definitely felt comfortable in the games. For our rookie roster, I can’t say that anyone underperformed due to pressure. We all played to the level we did in scrims.

Really close series today, a bunch of very small things deciding the series but FNATIC edged out on a lot of them. We improved a lot during the past 2 weeks but it wasn’t quite enough. In summer we will get our revenge and smash them into the ground.

And it must have felt amazing to step onto the stage again.

For sure, it felt really good. I really like playing on stage, it’s a big reason why I’m a pro player. You get this insane dopamine rush when you’re playing on stage and everyone is cheering for you. That feeling really died out when we were playing from our office.

Going back to your prep before this series, you were coming off a tough week of matches. SK seems to have progressed and improved a ton since then, did the two-week break help a lot?

The two weeks were super necessary for us to show the level that we were on today. By the end of the split, we weren’t in a good place mentally because we came off a really big win-streak with a big losing streak.

The confidence in our drafts and teammates went down so in those two weeks we just wanted to maximise our confidence in each other and how we play together. I think we definitely succeeded in this, everyone was really calm and trusted each other so I can’t be too disappointed from that perspective. But at the same time, it was such a close series that a slight percentage increase in how we played would have won us the series so it feels bad in that sense.

Moving onto you individually, in another interview you mentioned how it was difficult on TSM with so many outside factors making it tough to focus. Now that you’re taking a leading role on SK, do you feel unshackled this year? Are you thriving with that extra responsibility?

I definitely think I’m a player that plays better with more responsibility and pressure on my shoulders. In TSM, my role wasn’t what I was used to before and it took a lot of time to get used to it.

On other academy teams I played with in the past, I was always the leader figure, always the guy talking the most so there was a lot of adjusting to do on the TSM main team. I think I made a lot of those adjustments but Doublelift and I especially didn’t have a lot of time to click.

Now on SK, with a rookie roster I’m able to shine way more. I can be the confident engager that I want to be and I can be the main voice in the team again. 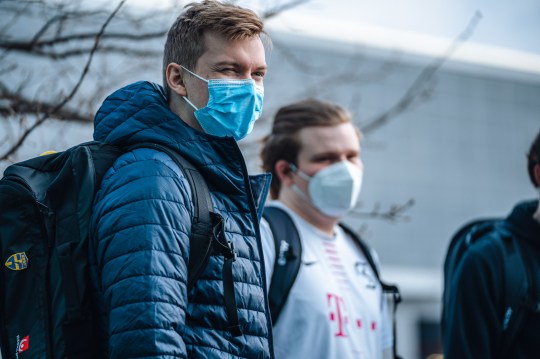 It was Treatz’s first time at the LEC studio (Picture: Michal Konkol/Riot Games)

You’ve had a monstrous season so far, you recorded the highest kill participation in the LEC before playoffs with over 82% which is ridiculous. Yet from that same interview, you said that you believe this is your normal standard and you can offer more?

I really think there’s more to show, I’ve played better in the past on academy teams than I play right now. I’m definitely happy with my recent individual performances but I think there can be a lot of fine-tuning and a lot of things that I know that I can push. That’s why I’m looking forward to the summer because I think I can have an even better showing than this split.

That leads us perfectly to our final question. It’s fair to say SK can take a lot of confidence from not only how they played against Fnatic but the Spring Split in general. You’ve surely learnt a lot as a team already, what can we expect from the squad in the second half of the year?

We’re definitely still confident going into summer, this series was easily winnable. I honestly think Fnatic were pretty bad, we just made too many random mistakes that cost us. I think if we had five consistent games where the gold was even at 10 minutes, we would have won.

With that in mind, it sets us up for a really good summer. Of course, Fnatic aren’t at their best level either right now but considering they were always in the top three in Europe, it’s something we’re challenging for as well.

Our ultimate goal is to go to Worlds which I think is really possible considering we beat MAD Lions 2-0 in the regular season, we had a 1-1 record with Schalke and though the top two of G2 Esports and Rogue were hard to beat this season, I think we have the perfect opportunity to catch them in the summer.