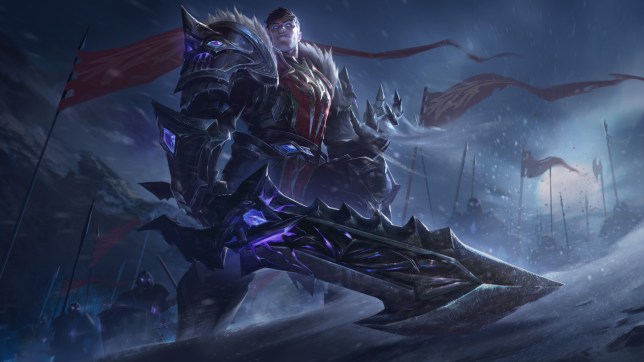 Originally, Riot would send this guy round to punish cheaters but it was considered too extreme (Pic: Riot Games)

The mobile MOBA Wild Rift is already plagued with unscrupulous cheaters and Riot Games is taking swift measures to deal with them.

It’s only been in open beta for a few days but League Of Legends: Wild Rift, Riot Games’ attempt to bring the most popular esport in the world to mobile devices, is already inundated with cheaters looking to artificially increase their win scores and reach the top of the rankings.

Fortunately, Riot is fully aware of this and has taken swift action to mitigate the problem as best it can. Specifically, it is banning any player that has been indulging in win trading.

For those who don’t know, win trading is the equivalent of fixing a match – similar to a boxer being paid to deliberately lose a fight. In Wild Rift’s case, it involves players coming together in the game’s matchmaking and using it to place themselves on opposite teams, taking it in turns to try and lose matches, hence the term win trading.

According to its blog post, Riot will permanently ban accounts with the highest win trade activity. Anyone else caught doing it will receive a temporary ban of seven days as a warning but will also have their Season One rewards taken away and their accounts reset to Iron IV, the lowest possible ranking. If they’re caught win trading again, they’ll be permanently banned.

Riot adds that it’s being cautious with the criteria it is using to determine bans since it wants to avoid accidentally targeting innocent players. So, for example, if you’re on the same team as someone who is guilty of win trading, you shouldn’t be hit with a ban.

It also admits that it’s not a perfect system and isn’t guaranteed to catch every cheater, so it’s working on systemic changes to better combat the problem, especially since Riot clearly wants Wild Rift to form its own competitive scene.

‘Competitive integrity is one of our biggest focuses for Wild Rift in 2021, and we know we still have a way to go,’ writes communications lead Ben Forbes.

‘Win trading is just one piece of that puzzle, so we’re going to keep levelling up our approaches to game balance, cheating, disruptive behaviour and in-game stability to ensure you can focus your time and energy on the climb.’

Any game with a heavy focus on online competitive play will inevitably attract cheaters, but it’s good to know Riot is addressing the issue as early as it can.

League Of Legends: Wild Rift is available on Android and iOS. It is also planned to release for consoles.

Are Tesco, Asda, Sainsbury’s and Aldi open over the bank holiday weekend?