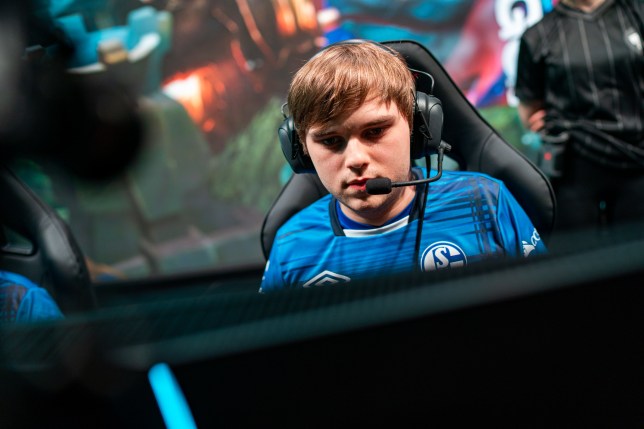 Schalke 04 may have sell their slot in the League of Legends European Championship (Picture: Riot Games / Michael Konkol)

German football club Schalke 04 are facing difficulties, both on the pitch and financially, which could spell bad news for their League of Legends team.

The club has announced they may take the option of selling their spot in the League of Legends European Championship (LEC) to an interested buyer due to the financial strife caused by the coronavirus.

Schalke’s managing directors Tim Reichert and Cladio Kasper released a statement which said: ‘[Football] Fans being unable to go to the stadium means that a main driver of revenue is missing… Additionally we’re currently in one of the most difficult times since the existence of the football club in terms of competitive success in the Bundesliga.’

Schalke’s football team are facing relegation from Germany’s top league this season, as they currently sit in last place, nine points clear of safety with time running out.

They say they will be looking into ‘all options to secure additional funding,’ however want to assure fans that no decision has been made yet, and that ‘the club getting relegated doesn’t necessarily force us to sell the slot.’

The LEC features what Riot Games calls ‘long term partnerships’, similar to how franchised leagues work in American sport. There is no relegation, as teams pay for a spot in the league and revenue is shared throughout the organisations.

According to L’Equipe, Schalke 04 are around 200 million euros in debt as a result of the pandemic, but could recoup around 20 million by selling the slot.

Schalke’s League of Legends team gained a number of fans in the latter half of the LEC Summer Season 2020 thanks to a string of results dubbed ‘The Miracle Run.’

They were bottom of the pile halfway through the season with just one win, but managed to win their remaining seven games against the odds and sneak into the playoffs.

However, the LoL team is on a losing streak of its own at the moment, and with their future on the line, they may not repeat the feat this season.

The statement continued: ‘The club does not want or have to sell the LEC slot, as everyone has seen the incredible growth and long-term benefits of being able to compete in this incredible league.

‘But there are possible future scenarios in which this move would be necessary to strengthen the core business of football and we have to be prepared for that.’