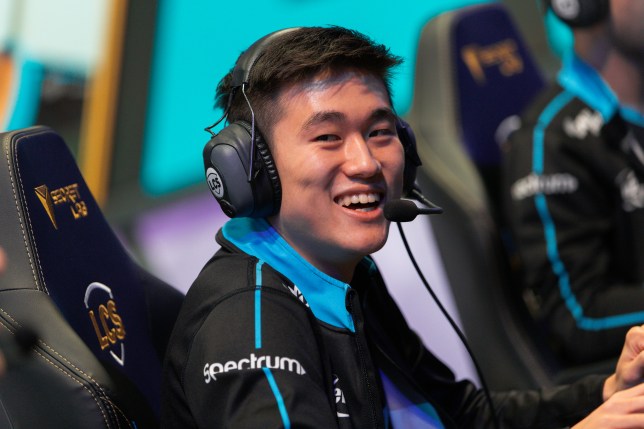 Pobelter was benched for the start of the season, but he’s making a grand return (Photo: Oshin Tudayan/Riot Games)

Veteran League of Legends (LoL) player Eugene ‘Pobelter’ Park is on his way back to the starting line-up of Counter Logic Gaming (CLG), after being demoted to the Academy roster just a few weeks ago.

With just one win from their first nine games, they need to turn things around drastically to climb the rankings.

CLG underwent a huge roster swap before the start of the season. Finn ‘Finn’ Wiestål, Mads ‘Broxah’ Brock-Pedersen, Jason ‘WildTurtle’ Tran, and Alexey ‘rjs’ Zatorski were all brought in to try and improve upon their ninth place finish last season.

Plus, when it became clear that Broxah would face visa issues preventing him from joining the team for their opening games, Raymond ‘Griffin’ Griffin was brought back up from the Academy to play.

Earlier this month, Pobelter was moved to the Academy team, with CLG general manager Daniel Lee saying they would be ‘experimenting with roster swaps,’ and that ‘rjs has been performing well and we wanted to see how adding him to the LCS team would influence the dynamics of the team.

Back on the starting roster for LCS. 36 games left in the season, time to get some wins

However, according to WildTurtle who was speaking on The Crackdown podcast, Pobelter’s benching was due to ‘attitude issues with the coaching staff.’

It has been a tumultuous start for CLG, and three weeks into the season, results have clearly not been where CLG’s coaching staff want them to be.

So, they have made the decision to bring Pobelter back into the starting lineup.

Pobelter wrote on Twitter: ‘Back on the starting roster for LCS. 36 games left in the season, time to get some wins.’

Unlike previous years, the win-loss records from the Spring Season will carry over to the Summer Season, meaning teams will need to perform well in both to have a chance of qualifying for the World Championship.