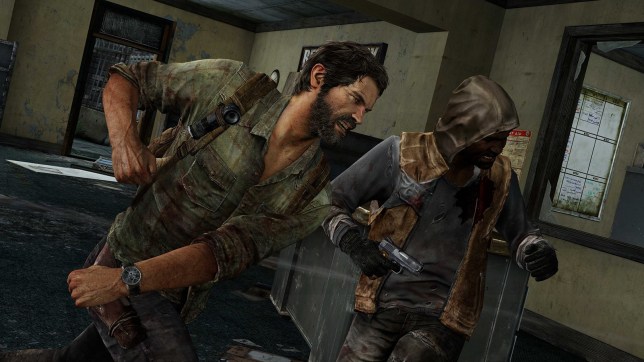 It’s a guaranteed hit but is it necessary? (Pic: Sony/Naughty Dog)

A new insider report states that Naughty Dog is currently remaking its original Last Of Us game for the PS5.

It’s still suspected that The Last Of Us Part 2 will receive some sort of PlayStation 5 upgrade, but apparently Naughty Dog has plans to bring the first game to the platform as well, in the form of a full-fledged remake.

This comes from a new report courtesy of Bloomberg’s Jason Schreier, who claims the project initially began in 2018, not by Naughty Dog but by a small group of developers who tried to set up their own studio within Sony to work on the remake.

The studio was subsequently disbanded though, with Naughty Dog now helming the remake and receiving support from Sony’s Visual Arts Service Group. This is characterised in the report as an example of Sony continuing to prioritise its bigger studios over smaller ones.

NEW: In 2018, a small team of PlayStation developers tried to build their own studio to remake The Last of Us. Today, the game still exists but the studio doesn’t. As we enter the PS5 era, Sony is avoiding risk and prioritizing its biggest teams. My story: https://t.co/c5gw8WuMVy

That is what you’re getting

There are no further details on the remake, but Schreier has added on Twitter that it’s essentially going to be the first game with The Last Of Us Part 2’s gameplay and graphics.

The full report also describes Sony as being obsessed with making nothing but big, blockbuster hits like The Last Of Us games, something which is causing unrest amongst the company’s various studios.

According to Schreier, Sony’s sideling of smaller teams and projects, in favour of only proven blockbusters is leading to a high turnover of staff and a decrease in the variety of first party PlayStation games.

The most public example of this has been the restructuring of Sony’s Japan Studio. After years of making a wide range of Japanese games, the studio will now be focused entirely on making Astro Bot games.

The move was met with waves of criticism and disappointment, with many of Japan Studio’s most prolific staff members quitting Sony entirely to set up their own studios.

All the restaurant chains opening on April 12 for outside dining

Who is actor Alex Landi from Doja Cat’s Kiss Me More video?