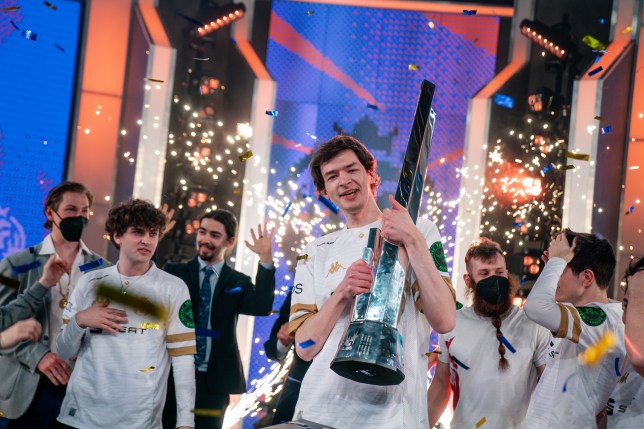 MAD Lions had an excellent start to the League of Legends Mid-Season Invitational (MSI) and now want to prove themselves against the best.

The LEC champions silenced a lot of their doubters by dominating PSG Talon on the opening day of MSI. But MAD support Norman ‘Kaiser’ Kaiser believes his team has a lot more to show.

It still very early into the tournament but the support is feeling confident that there won’t be a repeat of the team’s disastrous performance at Worlds last year.

Speaking to Metro.co.uk, Kaiser speaks about why the LCS’ Cloud9 should be respected, how MAD are playing in scrims, and why his team can retain the MSI trophy for Europe.

That looked like a really good game for you, the casters said it was a Nautilus highlight reel. How do you think it went?

I think we can be pretty satisfied with the outcome, we didn’t expect to play this well, to be honest. First games for us are usually really shakey, so this was really reassuring. We played well in scrims and played well in training so the fact we can translate that to stage gives us a lot of confidence. 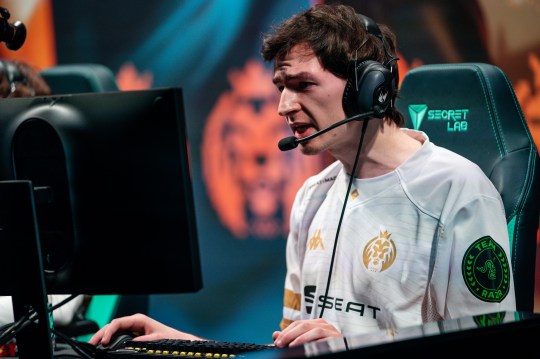 The team seemed to play around the bot-lane a lot, was that always the game plan?

It just kind of happened. Elyoya was jungling towards bot-lane since their bot-lane was vulnerable because they were pushing. Then we wanted to contest bot scuttle because we knew that we were stronger in early skirmishes. Leona was still level 2 so she wasn’t as tanky, we identified that and then Kai’Sa was out of position so I hooked her and then the game was kinda over from that point on.

After the game, a lot of doubters on social media were silenced. Was that a statement game for you guys, especially when you Ryze ulted into fountain at the end?

We like to have fun and I think you could see that this game, we just went in and wanted to end the game as soon as possible while getting some KDA as well. It’s for sure reassuring for the fans, we’re a different team now.

Me, Humanoid, and Carzzy have more experience now on the international stage and I think you could see that. We played with more confidence, we played more aggressively than we did at Worlds.

Building on that, your teammates have said a lot about how the team atmosphere has improved. How different has the bootcamp been this time around compared to Worlds last year?

Aside from that, our practice went way better than at Worlds and we’re just super happy to be here. We still have a really good team atmosphere, we’re always having fun and don’t take ourselves seriously.

We know it’s memed a lot, but how are scrims going?

Of course scrims are going well, can’t wait for groups! No, but seriously scrims went really well for us, we were actually surprised by ourselves with how well we are adapting to the meta as it’s three patches on from when we last competed.

We thought maybe we wouldn’t adapt to the meta or find the overpowered picks right away but I think we identified really well what’s strong, what’s weak, and what we should play against certain picks. Scrims went really well and the fact we’ve been able to translate that to stage so far is really nice.

That leads us onto our next question, does jumping from Patch 11.6 to 11.9 make it more difficult to prepare and figure out what the meta actually is?

I would say, it’s not as big as you would think because we still play solo-queue on the new patches. We kind of know what’s strong but don’t pay that much attention to it because of course, we had to compete on 11.6. We had a really big discussion about 11.9 and we also took into account the 11.7 and 11.8 changes.

Plus 11.9 was a really big change so it kind of shook up the meta again so you didn’t really have to relearn everything again, Rumble and Morgana for example have been made really strong so we tried some stuff in scrims – we had one and half weeks to prepare which was more than enough time to find out the broken picks.

Myself, I thought enchanters would be really strong but it doesn’t seem like it, I think the meta is still Rell, Alistar, Thresh, Leona, just the tankiest champions you can pick on support. For myself, it’s kind of boring but what can you do?

Quickly going back to your group, most thought PSG were your strongest opponent in your group. Do you still think that’s the case?

I didn’t see much of playoffs from other regions but from what I see from solo-queue and hear from other players, I think PSG look the strongest. I think they went 17-1 in their league so they must be really strong.

The other teams have shown a lot of strengths as well, for example, StarScreen was perma 1v3ing under tower. I think they have a lot of individual talent, you can’t dismiss someone because they come from a wildcard region. They play solo-queue and train hard just as you do so you can’t underestimate them, they’re at MSI so they must be doing something right.

Of course, you can’t look past the first stage of the tournament but you must be itching to face Cloud9, DWG KIA, and Royal Never Give Up.

For sure, they’re all really strong teams. Cloud9 with Perkz have improved a lot, their bot-lane is pretty good. Zven is really consistent and Vulcan is the only NA support I really respect because he showed at last Worlds that he performs really well and people really underestimate how good C9 is in general. Maybe they even take a game off DAMWON, I thought their first game was winnable.

But I’m more excited to play against DWG and RNG because if we beat them it’s going to be huge and a good confidence boost for all of Europe. People are saying holy moly, how are MAD Lions ever going to beat Asian teams? Only G2 can make it happen. I think we have a really great chance of winning MSI ourselves. 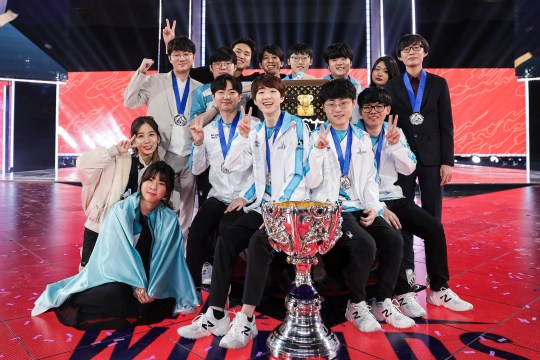 Kaiser says MAD learnt a lot from DWG before they even played them (Picture: David Lee/Riot Games)

Finishing things off, you’ve only been in Iceland for a little while but do you feel like the team is already improving?

We’re scrimming the best teams in the world and we’re learning a lot from them. They maybe learn a lot from us as well. Scrimming international teams is always really fun because they sometimes have different metas entirely. For example China is perma-fighting while Europe is a bit slower. Exchanging this culture is really fun and helps you improve so much as a player, it’s something you can’t do sat at home playing against the same nine teams every season.

DAMWON are super good, we learned so much from them even in the regular season watching them because they have the cleanest macro in the world. So beating them just confirms that we’re doing something right, we see that in scrims right now and hopefully it’ll be the same on stage.