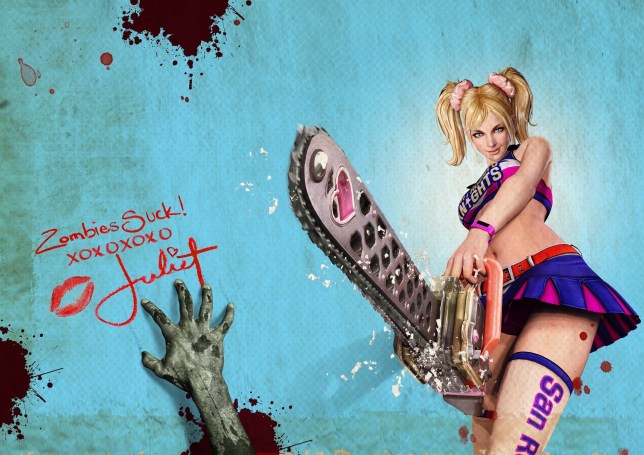 Who had ‘Lollipop Chainsaw revival’ on their 2022 bingo card? (pic: Grasshopper Manufacture)

Lollipop Chainsaw’s original publisher is apparently eager to bring it back, but it’s not clear if it’ll be a remaster or a sequel.

In the long list of games that could see a re-release or remaster, 2012’s B-movie inspired action title Lollipop Chainsaw, made by Suda51 and penned by Guardians Of The Galaxy’s James Gunn, is not an obvious guess.

10 years later, however, and it sounds like it’s making a comeback. Or, at the very least, one of its former publishers wants to bring it back.

Recently, one Yoshimi Yasuda stated that ‘Lollipop Chainsaw is back.’ Whether he means through a sequel, re-release, remaster, or remake is unknown, but whatever it is will be helmed by his studio Dragami Games.

At first, it seems odd that a seemingly random studio, especially a newly formed one (Dragami Games was established only last month), that had no involvement with the game’s original release would get to decide that.

However, Yasuda was previously the CEO of Kadokawa Games, Lollipop Chainsaw’s Japanese publisher (Warner Bros. published it everywhere else).

Also, according to Gematsu, Dragami Games was spun out of Kadokawa Games as part of a corporate split, taking some of Kadokawa’s properties, like Lollipop Chainsaw, with it and putting Yasuda in charge.

It’s far too early to tell whether developer Goichi ‘Suda51’ Suda and his studio, Grasshopper Manufacture, will have any involvement with a potential remaster or sequel.

We do know that Grasshopper Manufacture has three games in development, but Suda51 already confirmed that they’re all brand new properties and not sequels to any of his previous games.

Aside from coming from the creator of No More Heroes (another stylised, over-the-top action game), Lollipop Chainsaw’s other claim to fame is that its story was written by James Gunn, best known nowadays as the director and writer for Marvel’s Guardians Of The Galaxy movies, DC’s The Suicide Squad, and the Peacemaker TV show on HBO Max.

He clearly has fond memories of working on Lollipop Chainsaw, celebrating the game’s 10th anniversary on Twitter along with Suda51, and even taking inspiration from the game for one of the fight scenes in his Suicide Squad movie.

However, we can imagine he’d be far too busy (and maybe too expensive) to come back for Lollipop Chainsaw 2.

How to register for Glastonbury 2023 tickets and when do they go on sale?