TEAM Liquid is one of the world’s top esports teams, so they need a seriously slick HQ to practice in.

We’ve been given an inside look at their new training facility built by legendary gaming giant Alienware – and it’s amazing. 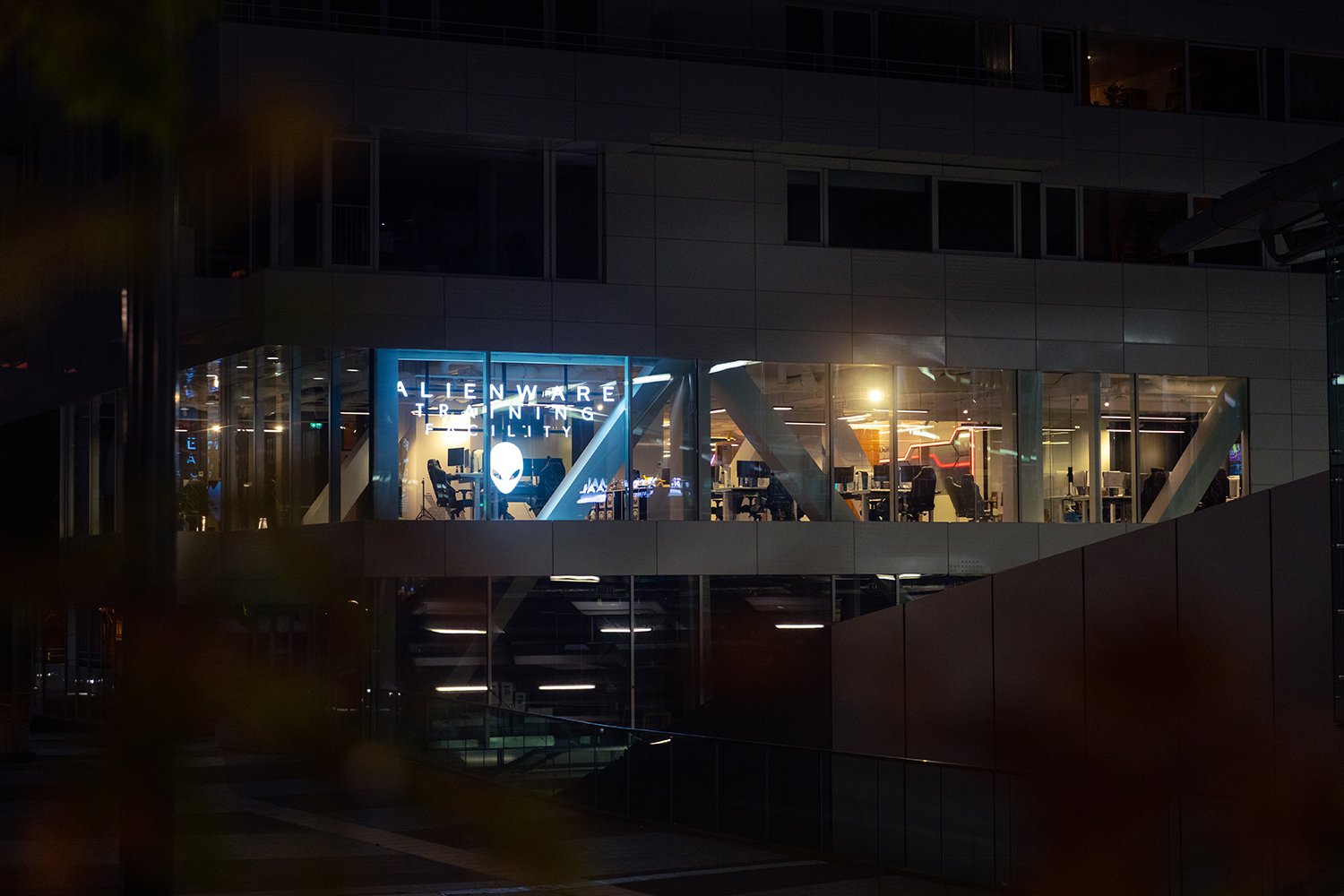 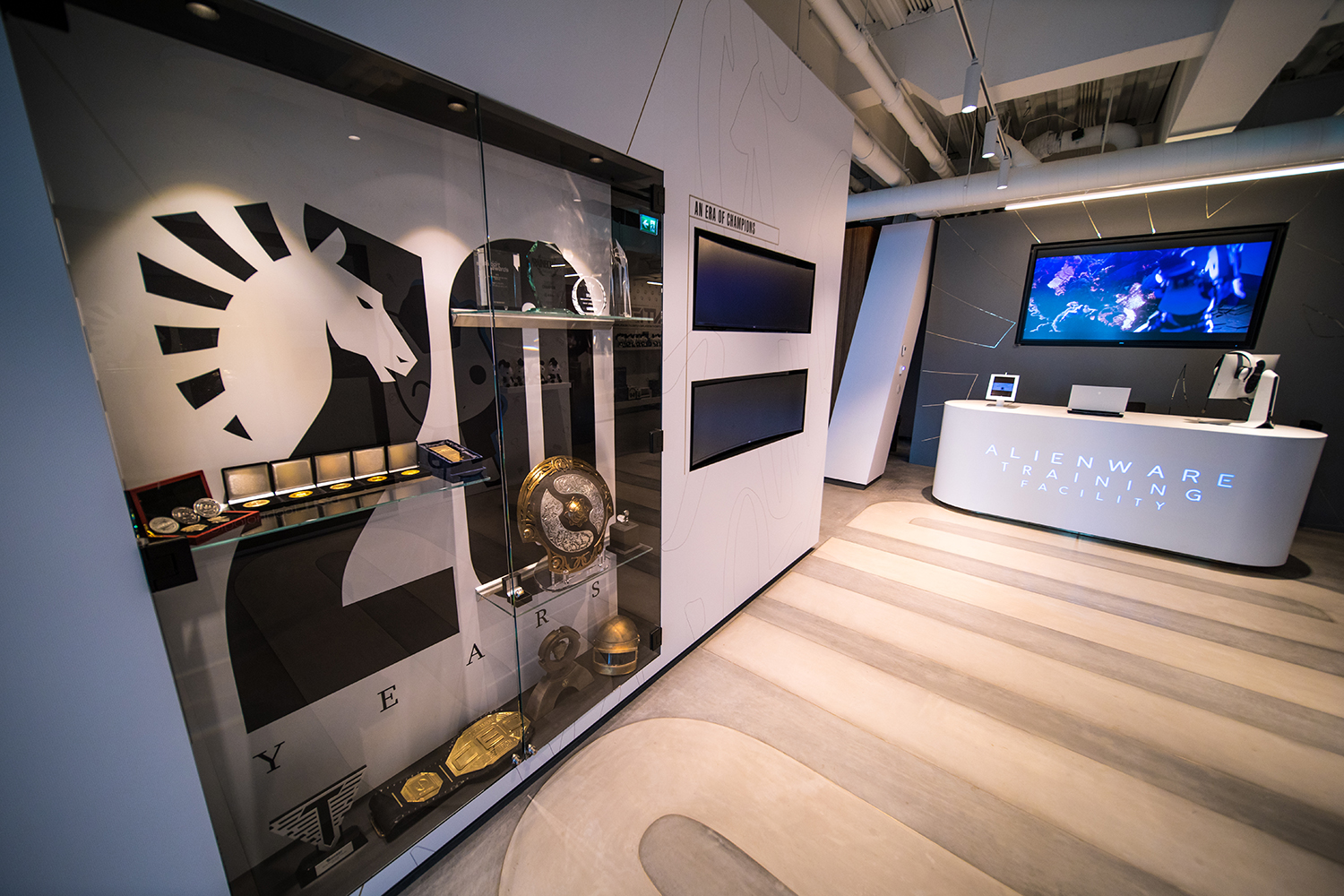 Team Liquid has set up shop inside the facility, using it to take their esports efforts to the next levelCredit: Alienware / Team Liquid

Pro gamer Victor Goossens set up Team Liquid way back in 2000, and it’s since ballooned into an esports behemoth.

The team has a rich history competing across games like Data 2, Counter-Strike, League of Legends, StarCraft 2, Fortnite and more.

Last year, Team Liquid decided to take their esports to the next level with a mammoth training facility to help their players get even better.

The HQ is located in the heart of Utrecht, in the Netherlands – right next to the central station square. 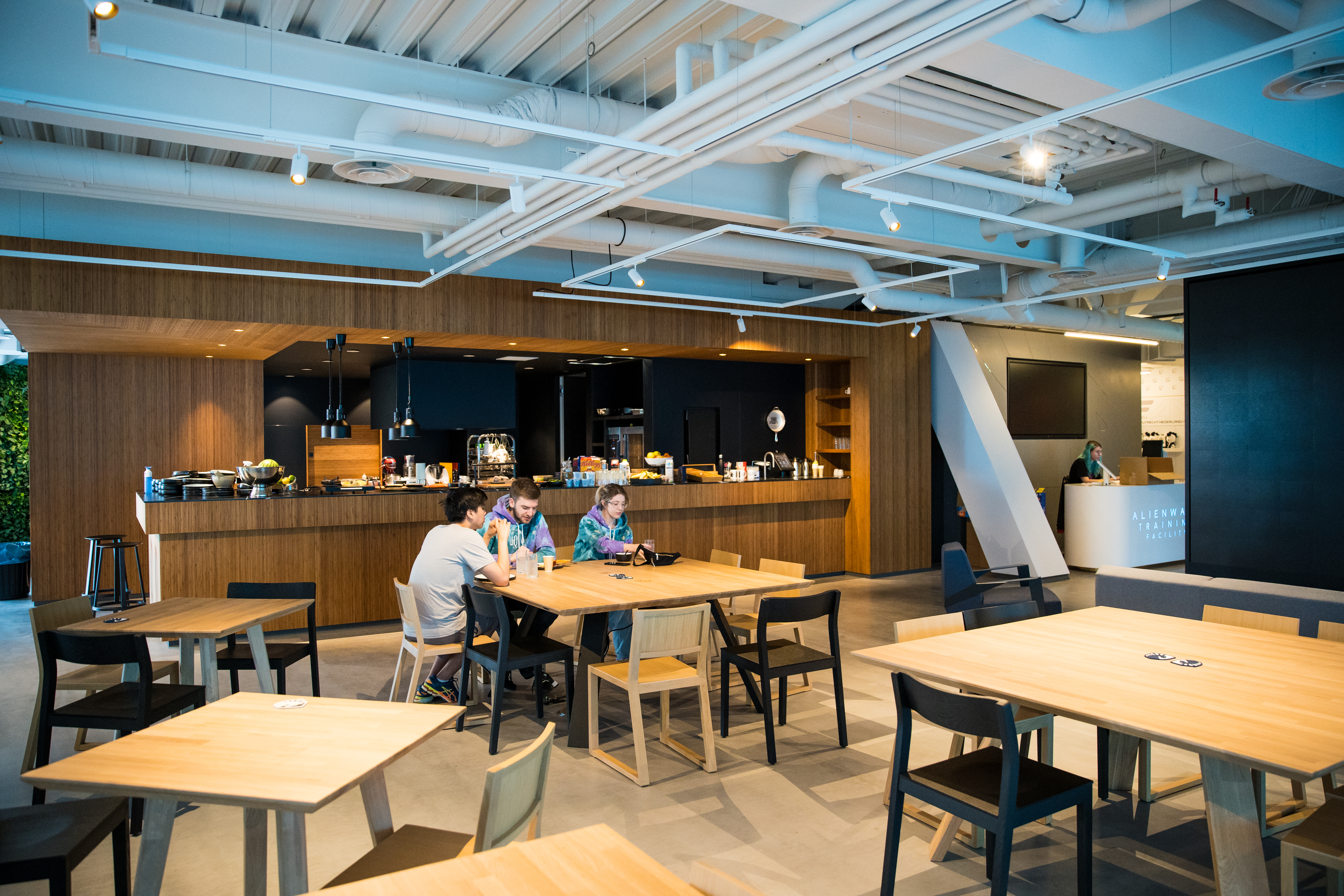 A dining hall gives pro players and support staff a chance to wind down and relaxCredit: Alienware / Team Liquid 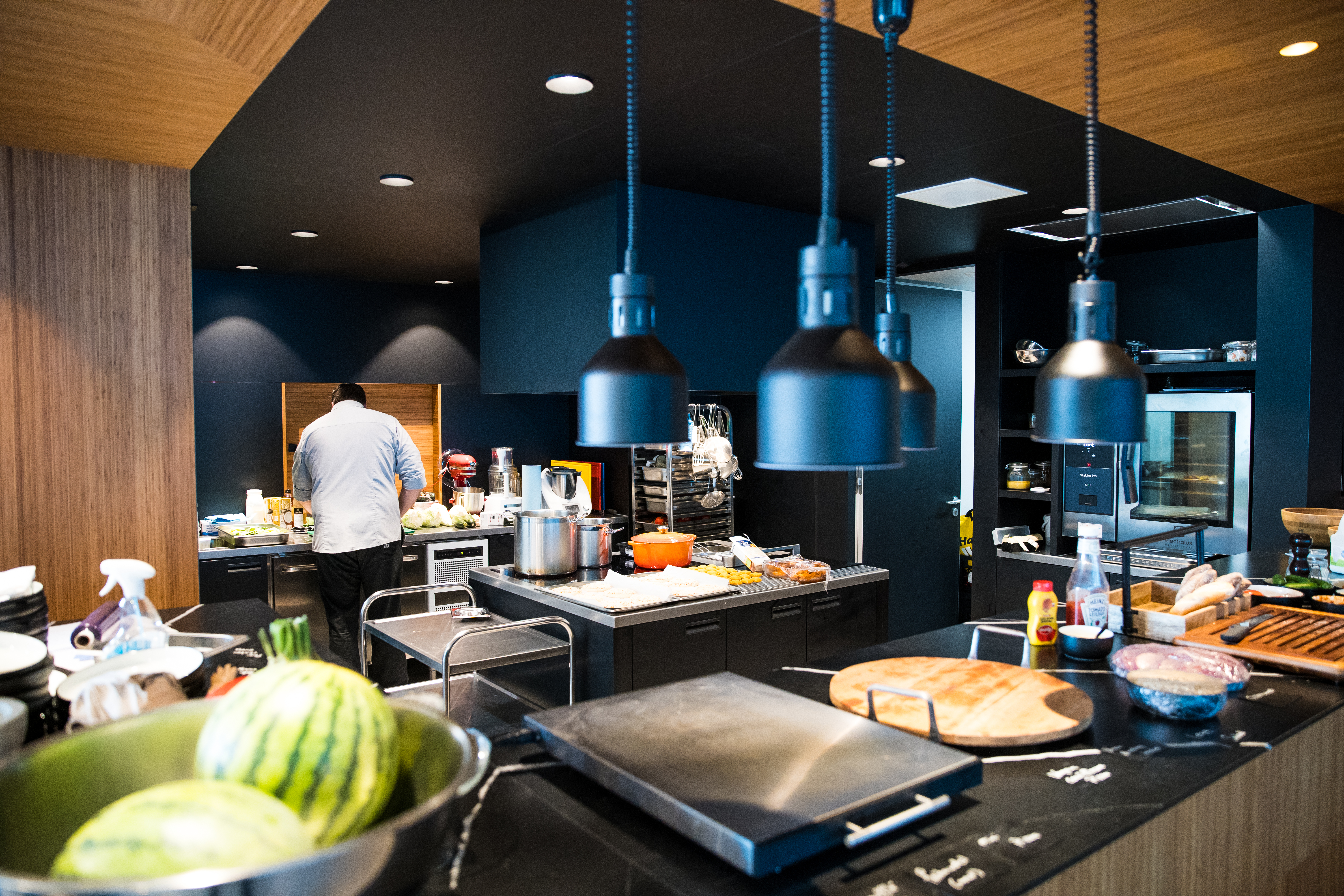 When you enter, you’ll find a miniature hall of fame with some of the team’s top prizes.

This leads through to a large dining hall with a giant screen for watching matches.

Once life returns to normal, the team will be able to host viewing parties here with up to 120 fans.

There’s a dedicated food bar where players have access to a personal chef.

They’ll have meals prepared three times a day, seven days a week on a fixed schedule.

And players can request snacks at a moment’s notice too.

A dietician helps create menus to keep the team in great shape, and the chefs come from Michelin star restaurants.

“What our players do is really really difficult,” said Team Liquid founder Victor Goossens, speaking to The Sun.

“The stress involved in being a professional player, the communication as a team and as a unit, you’re constantly talking about how to play the game optimally – much more than with physical sports.

“These are strategy games. All day long you’re telling your teammates how to improve, and they’re telling you, and sometimes you have disagreements.

“It really helps if you don’t have to worry about ‘do I need to go to the supermarket, do I need to start preparing my food, is my bed taken care of?’

“Not worrying about these things is a really, really big deal.” 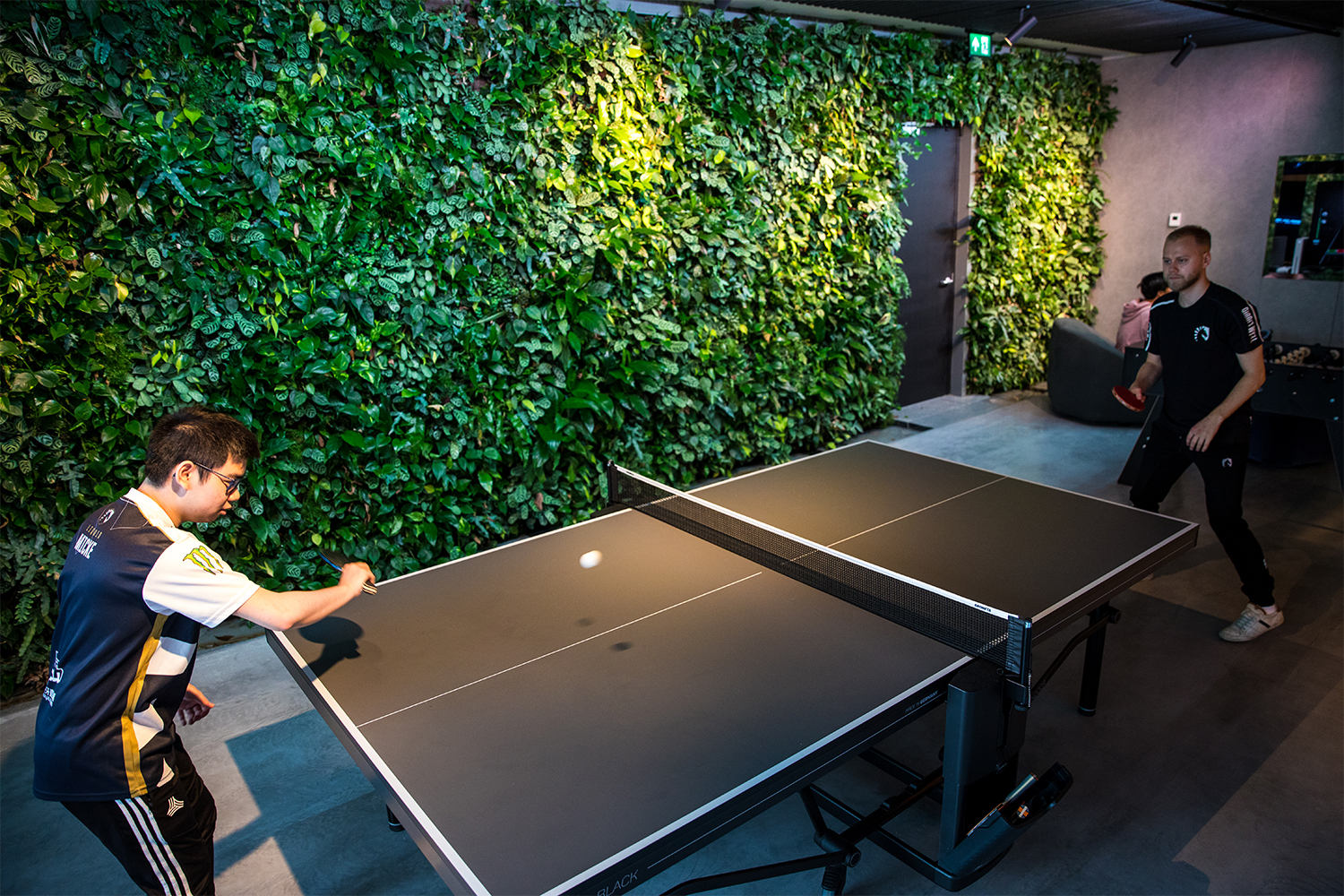 Competition doesn’t stop in the player lounge, where pro gamers battle it out on the ping-pong tableCredit: Alienware / Team Liquid 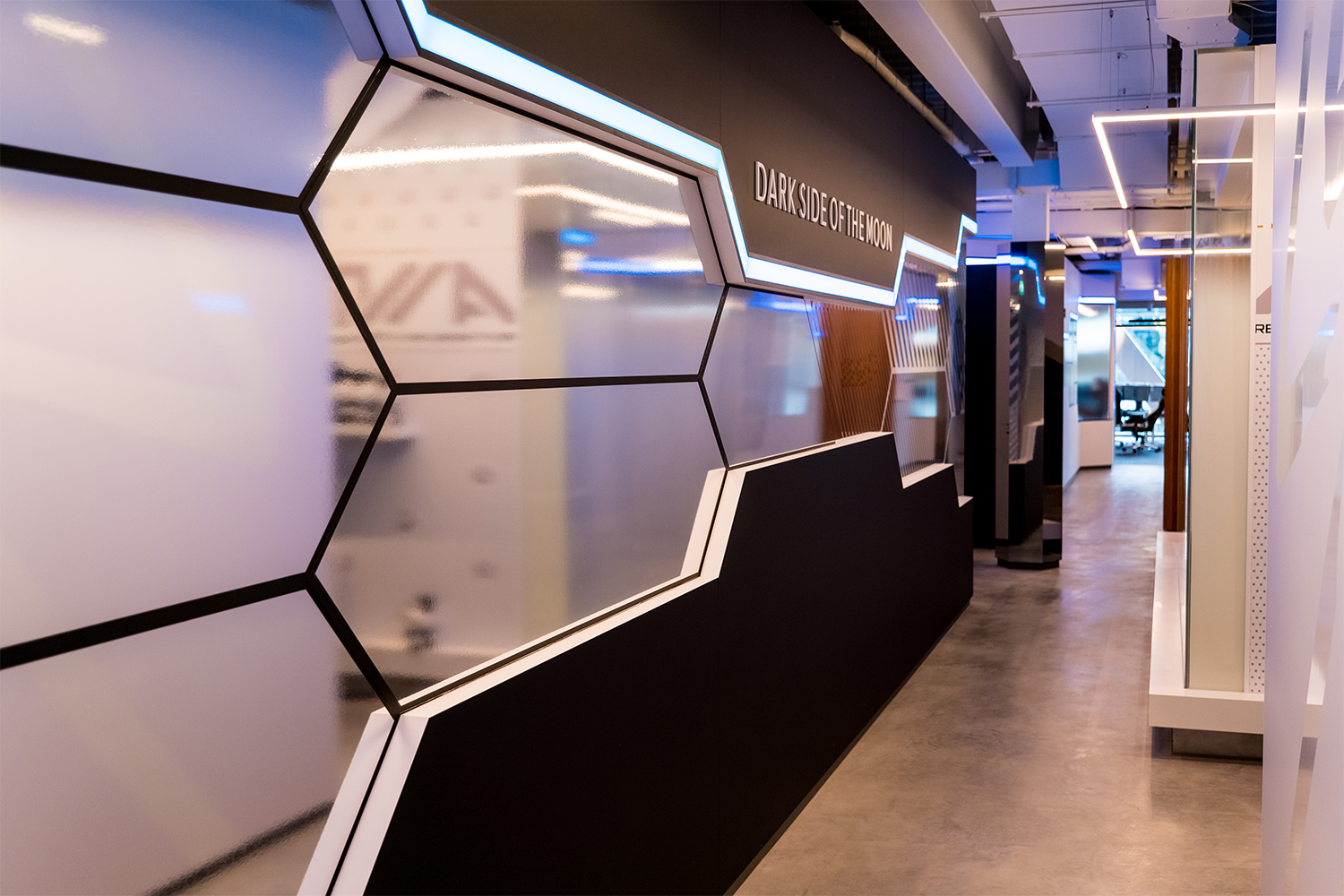 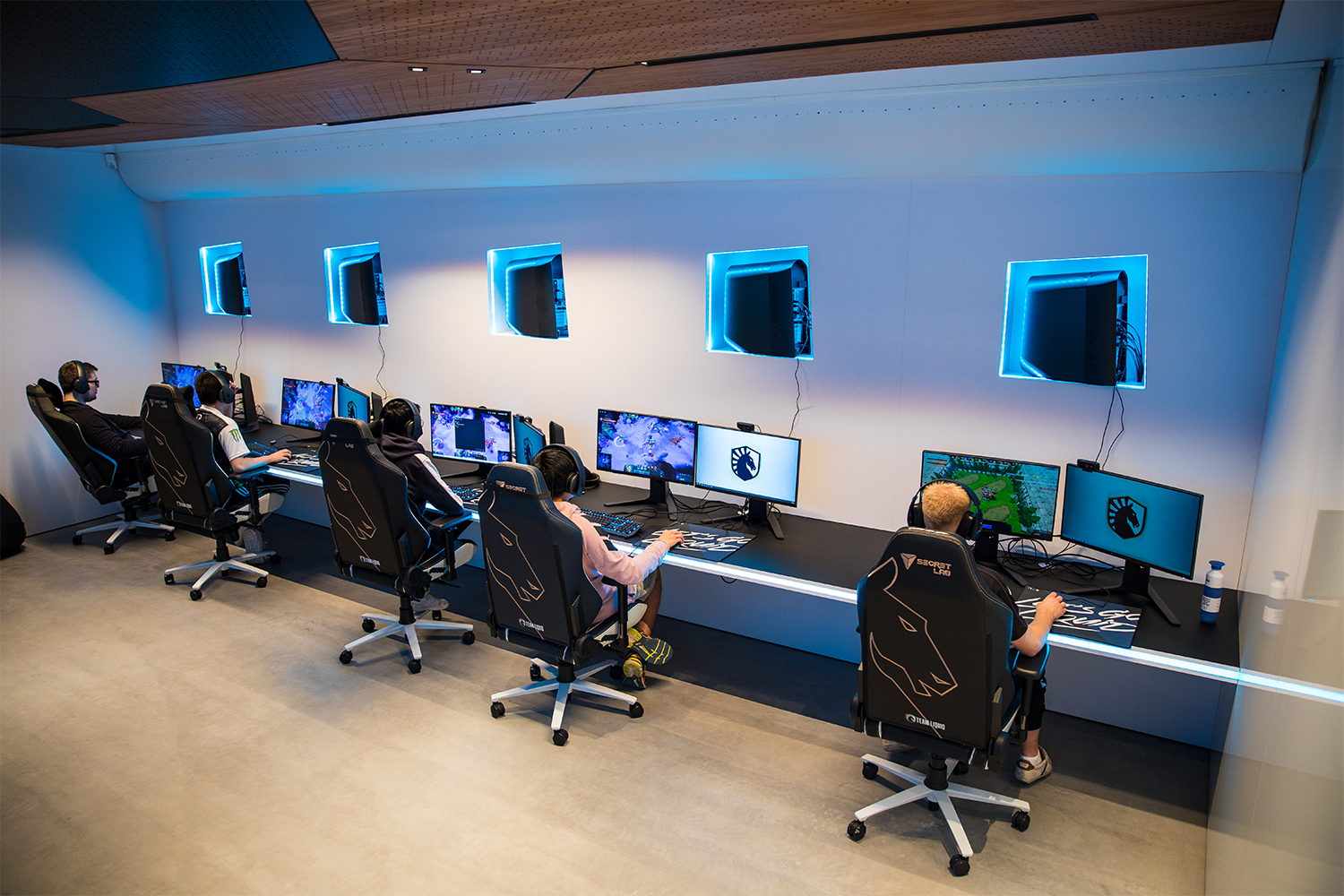 The scrim room is where players practice and improveCredit: Alienware / Team Liquid

Alongside the dining hall is the player lounge.

Players will spend around 8 hours per day training, then go to the on-site gym.

And the lounge is somewhere for players to kick back and relax.

There’s a ping-pong table to help pass the time, as well as a giant wall of plants that waters itself – to provide some much-needed zen.

The scrim room is where the serious gameplay takes place.

It’s a tournament set up with five computers, and all the same specifications as you’d find at a competition. 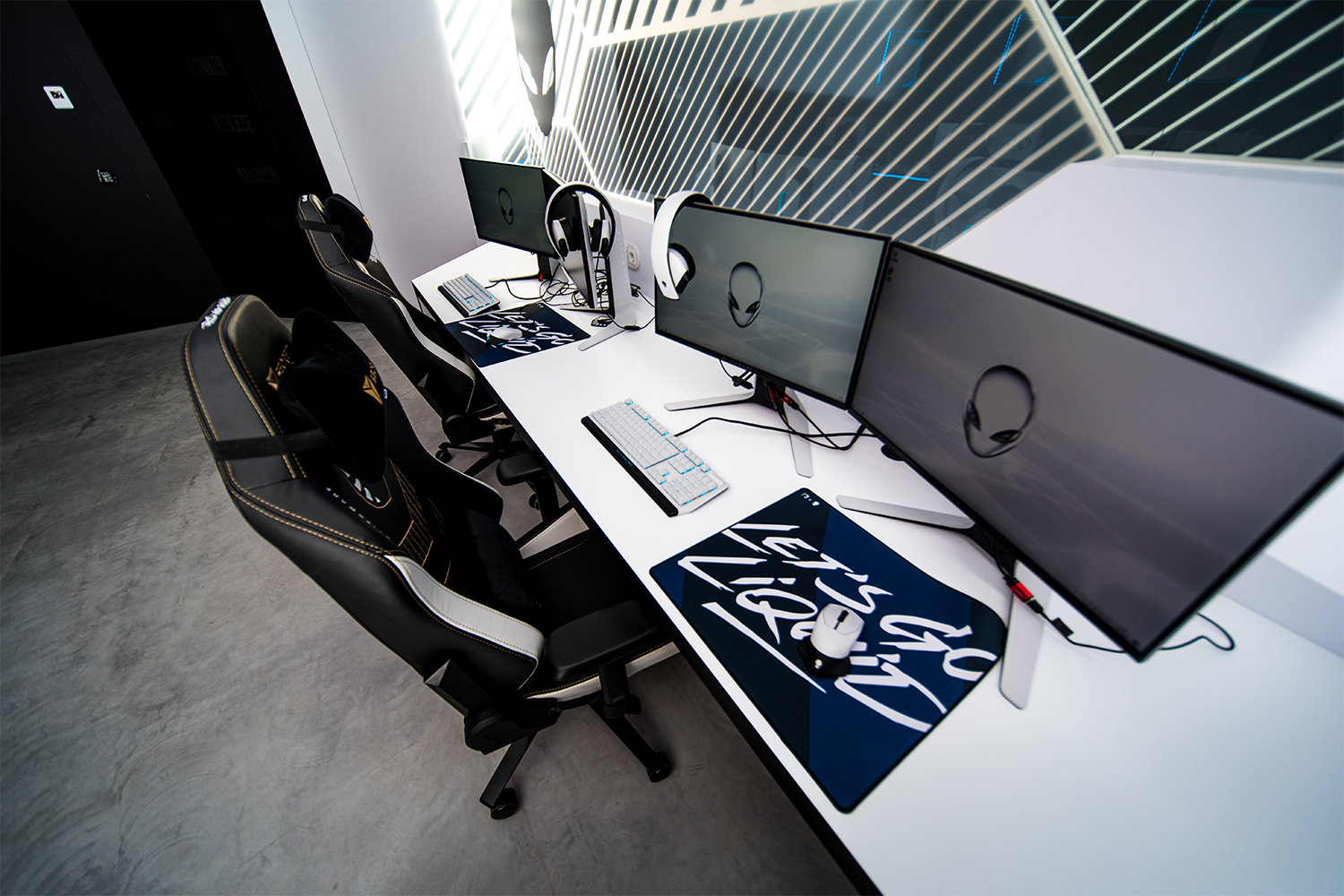 All the teams use the very latest Alienware gaming gearCredit: Alienware / Team Liquid 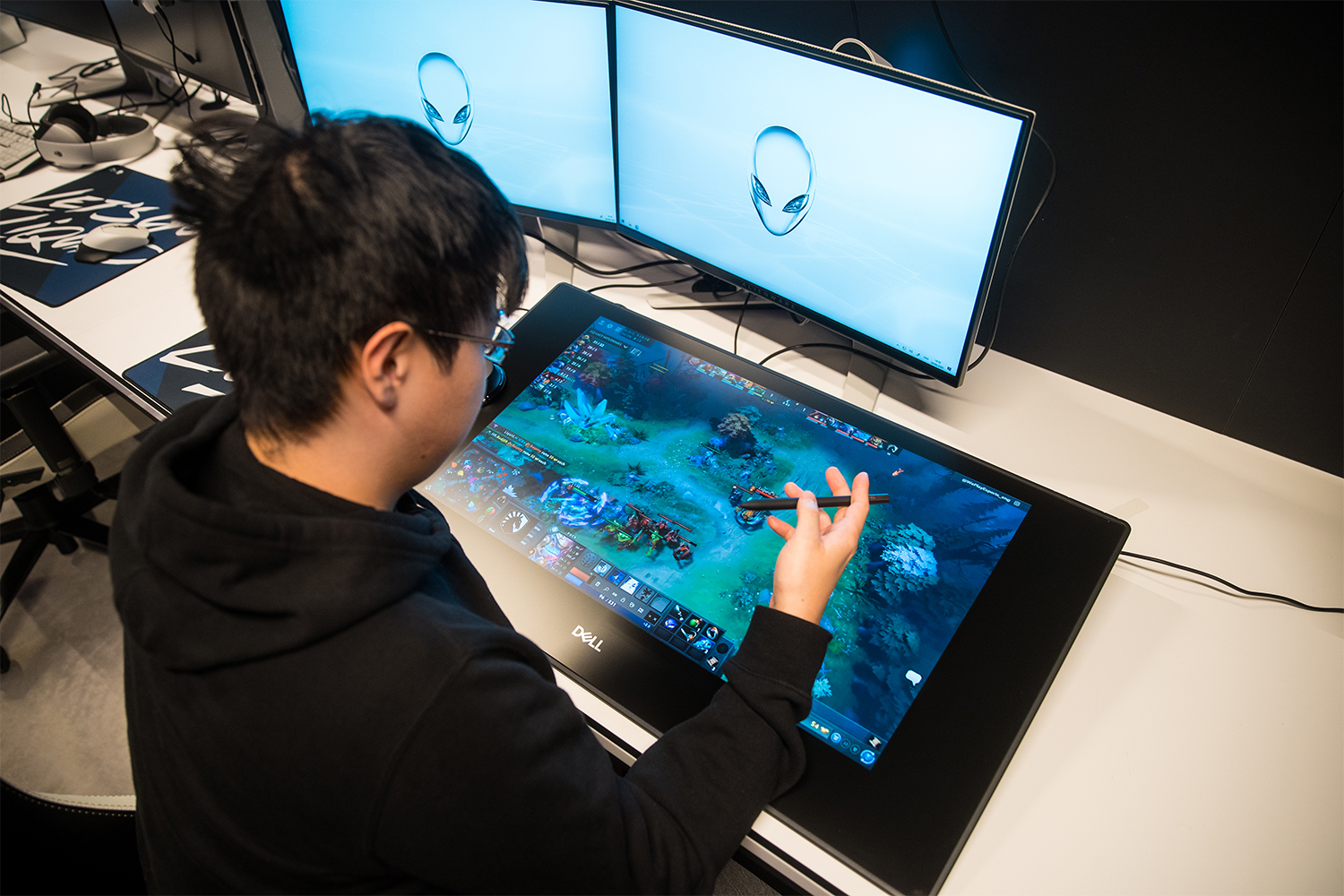 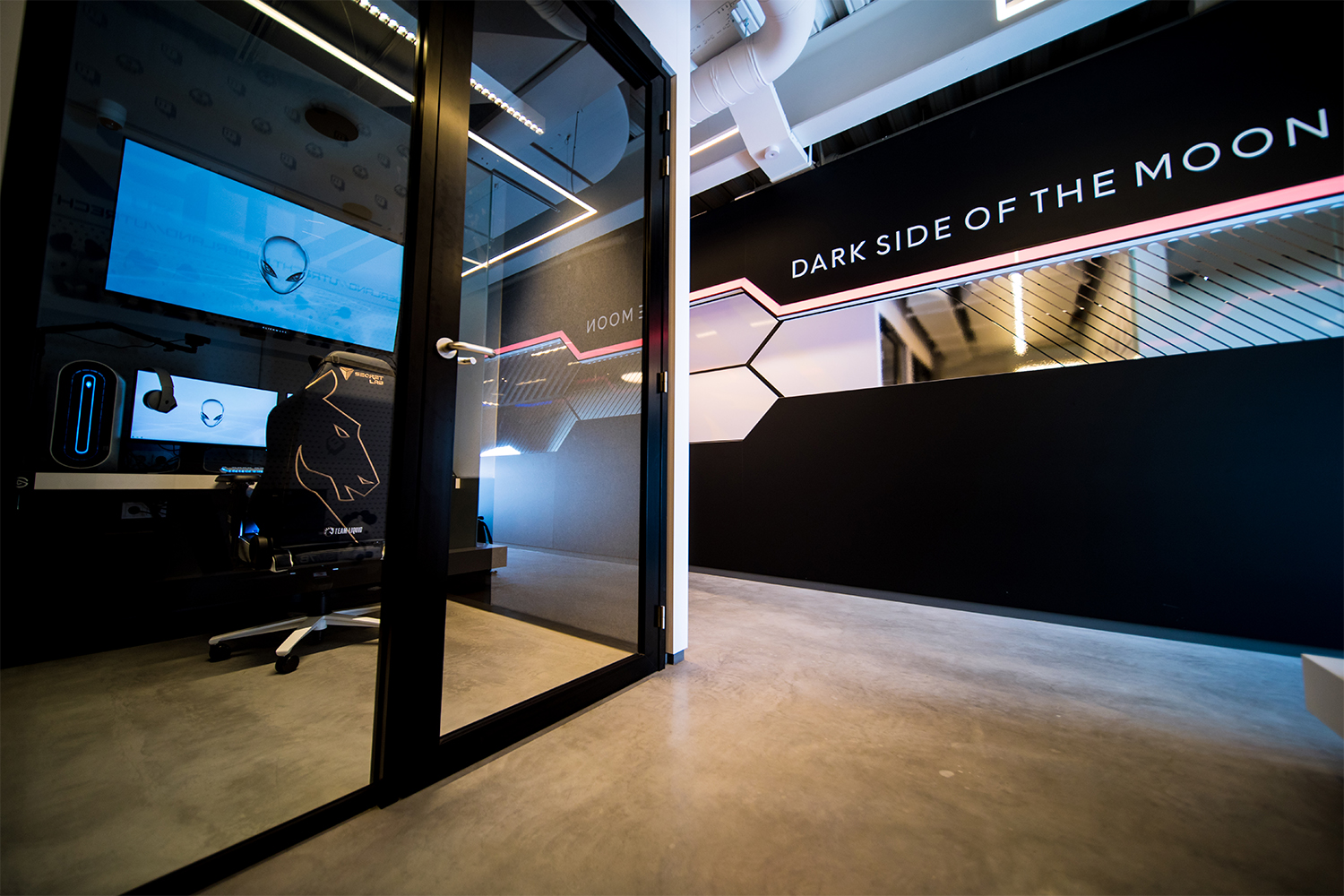 The state-of-the-art facility is designed to give players everything they need…and moreCredit: Alienware / Team Liquid

Then there’s a desk for the coach and manager too.

And behind all this is a “review room”, which is a video space where players can study their previous match with a coach or analyst.

There’s plenty of back-end stuff too, including streaming pods and an office area for support staff.

And upstairs on the 2nd floor is a selection of 13 luxury one- and two-bed apartments for players to live in. 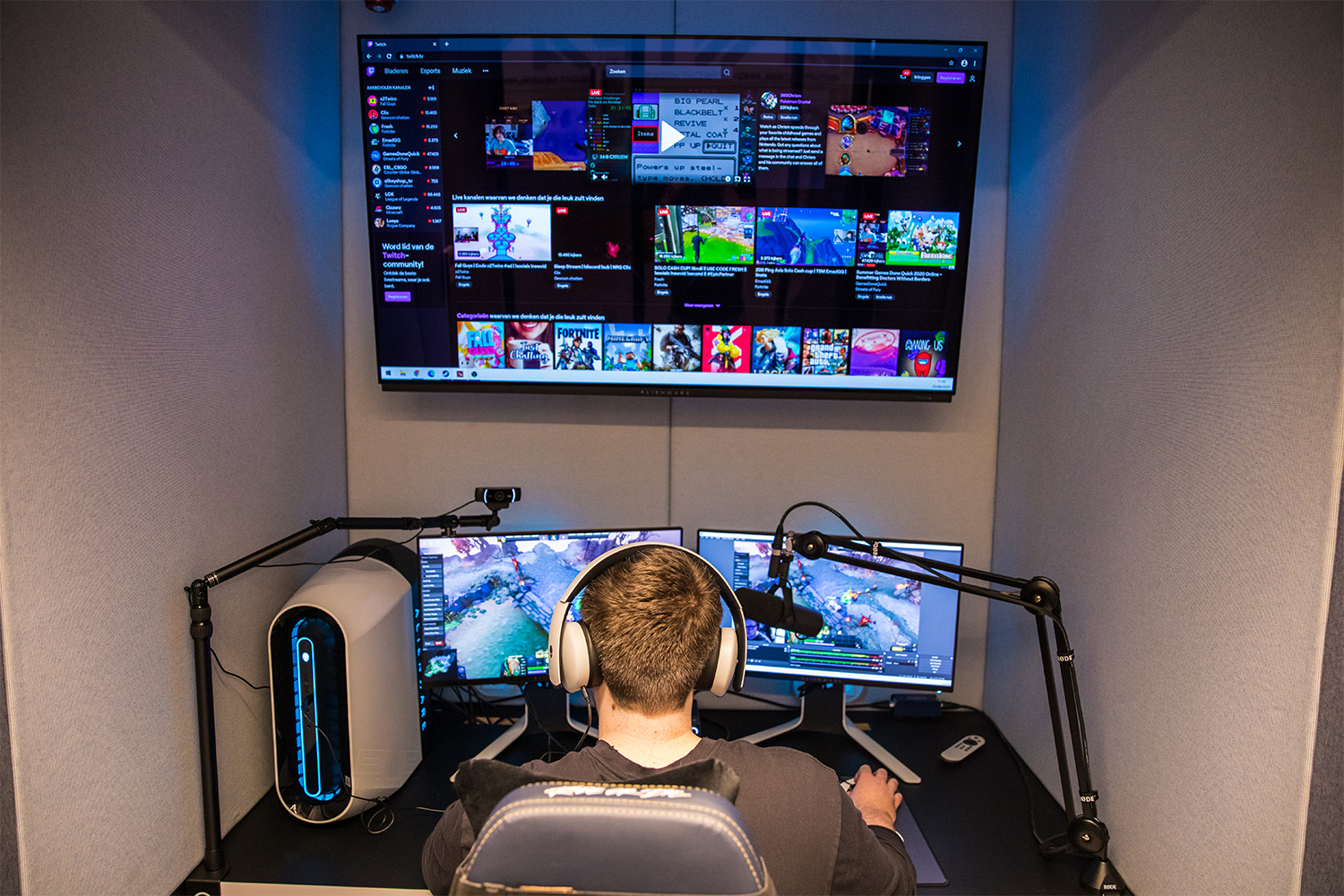 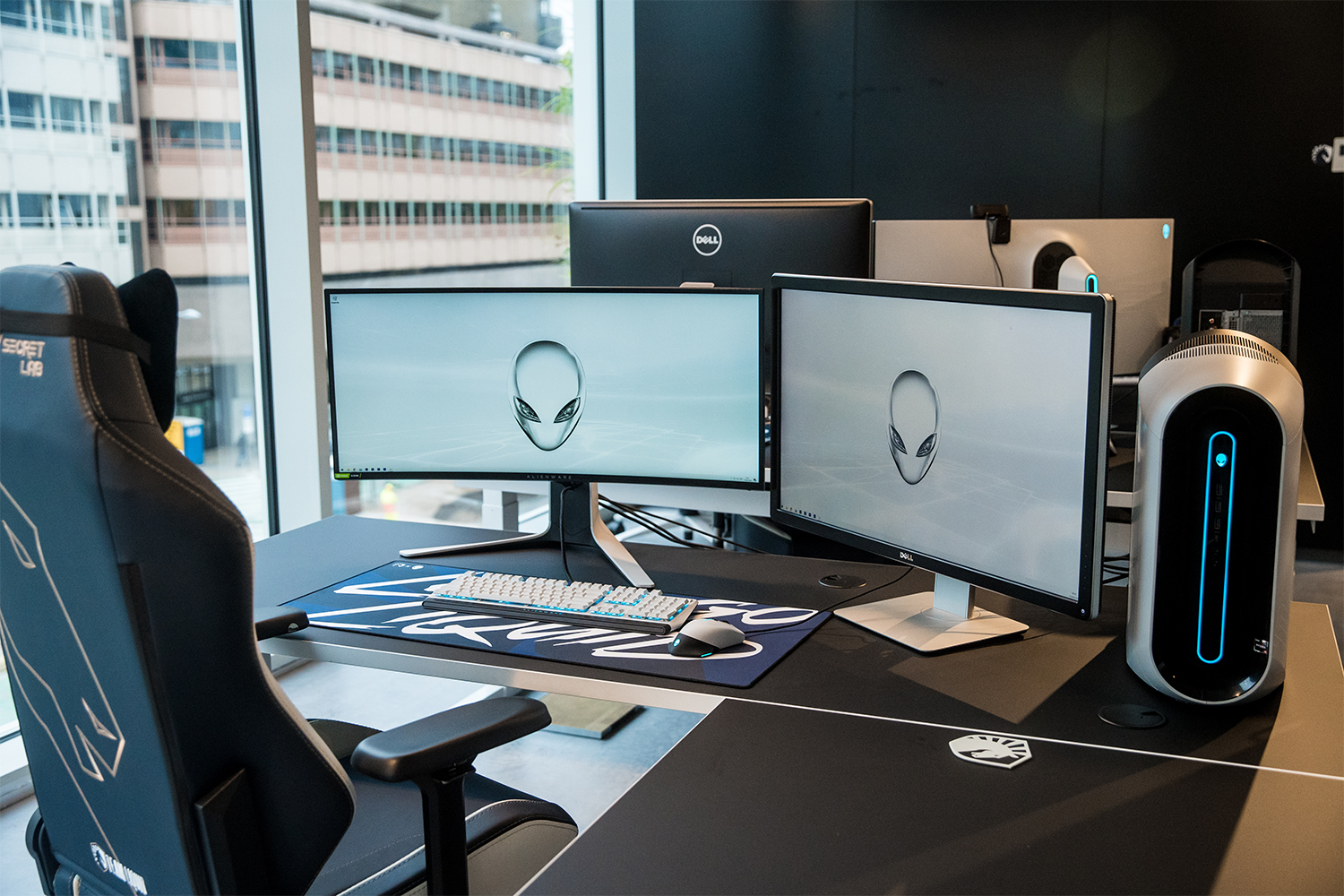 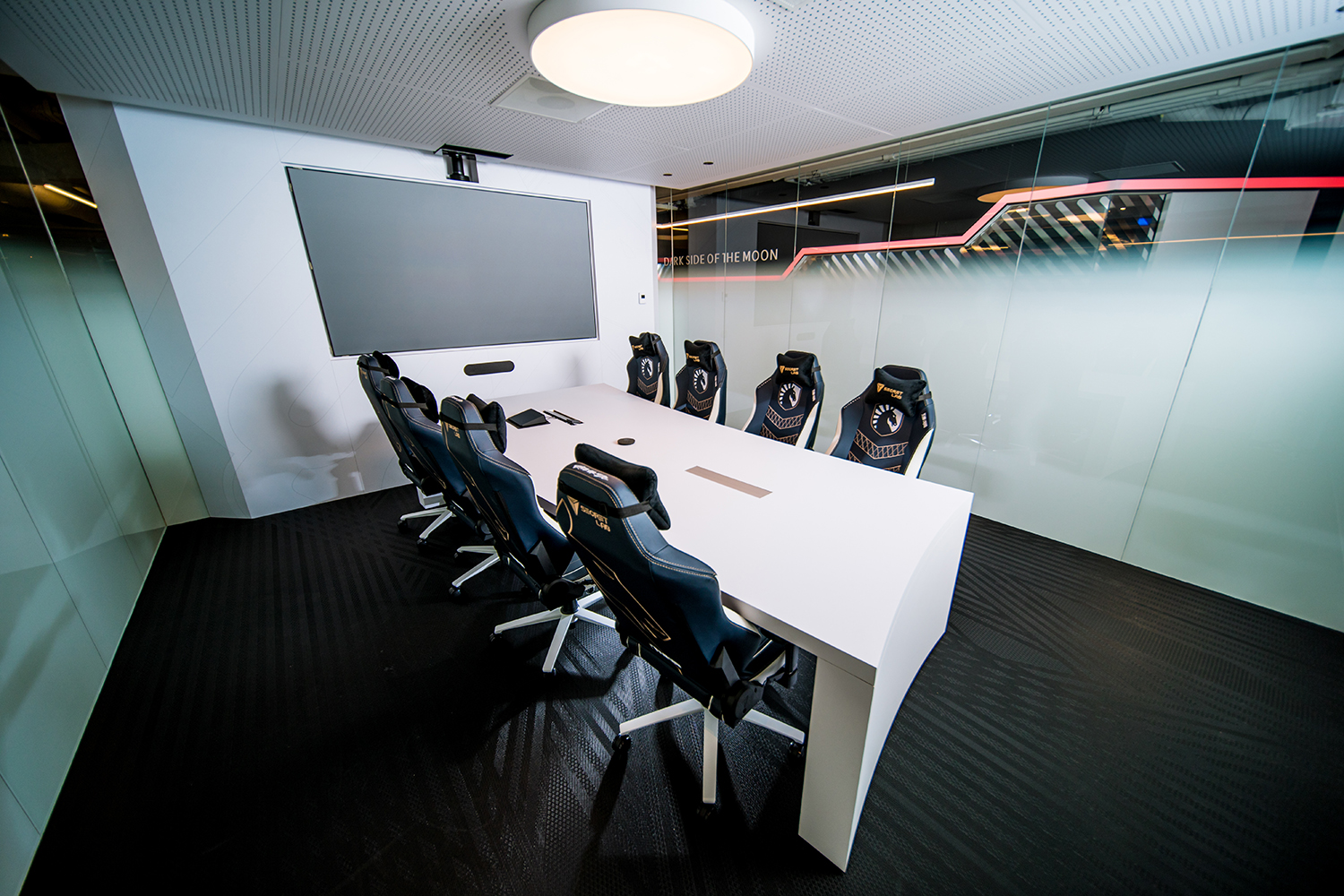 It might sound extravagant, but pro gamer and business whiz Victor says it’s simply necessary given the pressures pro gamers are under.

“These things are mentally taxing and I think it’s important that we recognise that,” Victor told us.

“If we pretend that’s not the case, I think we can’t deal with it in all the appropriate ways.

“And this doesn’t just go for the things that Team Liquid is involved in.

“Streaming as well – it’s not an easy career to be sharing your life eight hours a day.

“Anyone who thinks that, I would ask them to give it a try.”

He added: “It demands respect of the people that come out on top, for sure.”