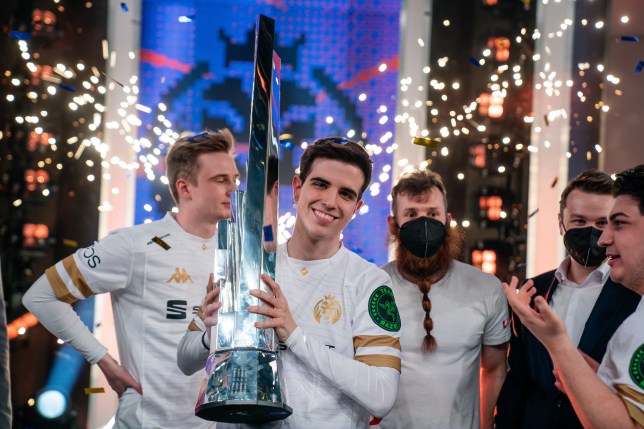 The Spanish jungler has had an exceptional start to his young career, helping MAD overcome Fnatic, G2, and Rogue to become just the fourth team to ever win the LEC while his individual efforts also earned him the Rookie of the Split award.

Speaking with Metro.co.uk, Elyoya revealed how MAD were able to complete a miraculous comeback in the LEC final against Rogue, his rapid career progression, and his thoughts ahead of his first-ever international tournament.

So you say it hasn’t sunk in yet, how did it feel winning that fifth game?

I still haven’t realised what I’ve done, I even called my brother and he was saying oh my god you did it, everyone here is super excited and I’m like… ok that’s nice but I’m not so excited, I could hear he was more excited than me, it was weird.

You’re probably in a state of shock, and that not surprising considering that series. It must have been mentally draining.

It was really exhausting physically, all my muscles were hurting but luckily we had our osteopathist here that could help me out with that so we were covered in that regard. 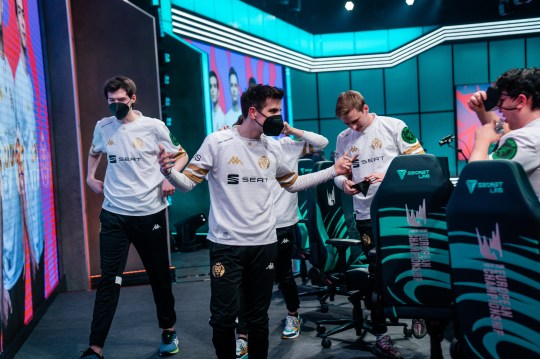 MAD Lions had to fight through five gruelling games in the final (Picture: Michal Konkol/Riot Games)

Talk us through that series a bit more as it was extremely close and you guys had to fight back from behind a lot. How did you guys manage to keep bouncing back?

I think Rogue are a really solid team, they’re solid in every lane and they are really organised in the way they play so it was hard to even come back in game three, it was hard.

Game five was also pretty hard but even with that, I think we pretty good in the mid-game. So we could still find those engages, those fights that gave us the win in the end. I think if we can improve our early game and our laning, we’re going to be a pretty strong team.

Speaking of the early game, it must have been tough matching up against Inspired.

I would say Inspired is in the top three of LEC junglers, I think he’s really good and I think against G2 he pretty much won the series on his own vs Jankos . But against us, I felt like he didn’t show up.

Maybe that’s just my impression but I don’t think he had a great series, he disappeared in some games. Like in game one, he was pretty behind. He’s still one of the strongest junglers and in game five, for example, he played the early game way better than me. It was really good to play against him. 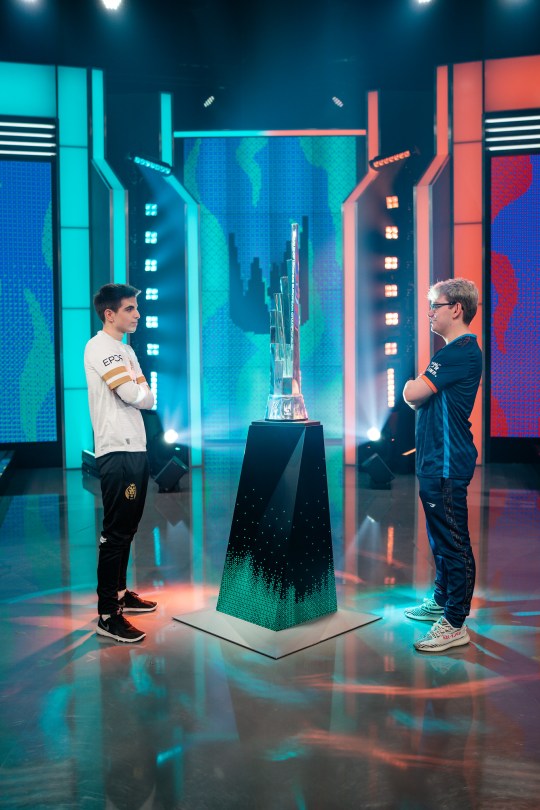 Elyoya has a lot of respect for jungle opponent in the final, Inspired (Picture: Michal Konkol/Riot Games)

That game five was pretty brutal at the start, did you guys keep hope despite being so far behind? Especially as they stopped all the momentum you had previously built up.

We were just trying to find a way back into the game. Against Rogue, we had already done it like in the quarter-finals so we always had that hope. Though it was pretty hard [in game five], their comp was really good but we did it.

Game two must have been difficult as well, you came back into the game only to lose at the very end, leaving MAD 0-2. Knowing that you had such a mountain to climb, how do you stay focused and confident?

After game two the mood was a bit low, you could see everyone was a bit sad. We shouldn’t have lost that game after we came back, we were in a really good spot to win it. At that moment, we had a team talk about maybe we’d go home and have family vacations or we can at least make it a series and give it everything we have. Thinking about all we’d done before and how this was our moment. After that team talk, we were feeling great.

As for you yourself, not only have you lifted the LEC trophy but you also won Rookie of the Split. What does that award mean to you and how happy are you with your performances throughout the season?

I think this year I’ve had some decent performances, I don’t think I have played really well or had any astonishing moments. I still think I can push myself harder and play way better. But overall I was at a decent level and I’m really excited to face the Korean, Chinese and whoever else goes to MSI because I think that’s going to be a really good learning experience. 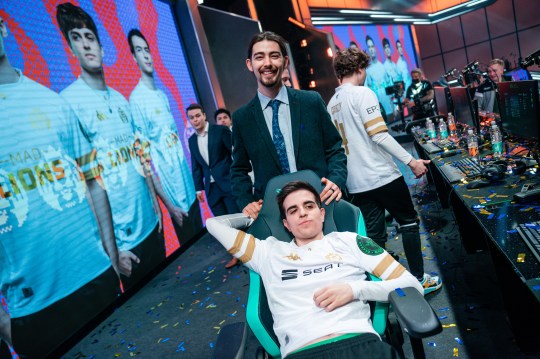 Of course, you’re going to be facing champions from the top leagues in the world which will be really valuable so soon into your career.

All of this year for me has been a learning experience. It’s been my first time playing LEC, my first time living outside of my home country, and I came into a team with four players who have more experience so everything was really new to me. I learnt a lot throughout the year already.

Though a lot has been said about how knowledgeable you were about the game before you even played in the LEC. It was just two years ago that you were playing in the second division of Spain, how have you managed to improve that quickly?

So it came down to not having a plan B. Since the beginning, I knew that League was my passion and I wanted to make it my career. I was playing in that second division and I realised that I didn’t do anything, I was just losing my time and I would not be able to live off League, which was my dream. So I told myself to stop messing around and wake up already. To do whatever I had to do in order to improve and be the best in my role.

You mentioned earlier that this is your first time living outside of Spain, how has it been living in another country and have your teammates helped you settle in? It seems like MAD always have a lot of fun, how well do you all get along? 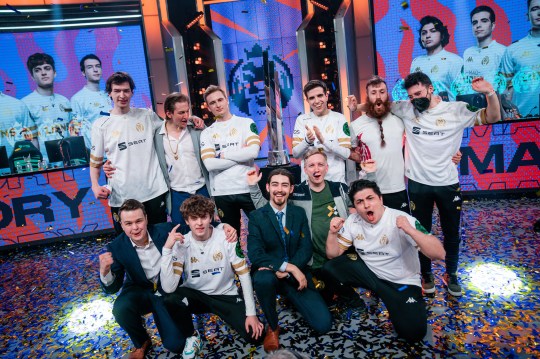 There is a fantastic group dynamic among the MAD Lions players and staff (Picture: Michal Konkol/Riot Games)

Living away is hard because mostly you miss people which is the hardest part. Apart from that, I live in a really good building and MAD covers everything so it feels pretty good otherwise.

And I couldn’t ask for better teammates. I think we fit together pretty well, I’m really happy that we have this kind of team. As you mention, we have fun like even when we were losing we were still laughing and enjoying ourselves… maybe not so much after game two, we were a little tilted then, but we still had fun in the lobby before game three so it was fine.

Finally heading into MSI, what are your expectations for the tournament? Are you going to go all the way or mostly use it as an experience to learn and improve?

For sure, it’s going to be a really big learning experience but we’re also going to try our best to at least match the other teams. I think we have a chance. But I think it’ll just be a really good experience, especially because at the last international event my team didn’t have the best results – they all dropped out in Play-Ins even Armut so let’s hope this time we can at least make a good run and have a better time.