How to unlock MW2 and Warzone 2 operators SpecGru, KorTac and Zeus 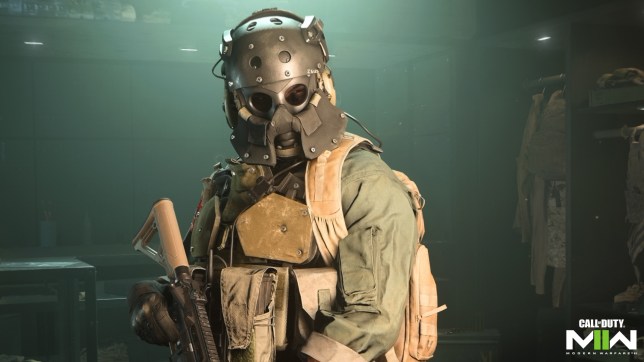 A brand-new face has joined Call Of Duty (pic: Activision)

You’ll see both familiar and new operators make an appearance in Warzone 2, though you’ll need to grind before you get your hands on them.

If you’ve dived into Call Of Duty: Modern Warfare 2’s campaign then you will have already seen some familiar faces in the game, such as operators Soap, Price, and Ghost.

As Modern Warfare 2 and Warzone 2 share the same Season 1, its battle pass, and a suite of new features, you’ll also see a lot of these characters in the battle royale game.

However, you won’t have the chance to pick them straight away as they’re locked behind special missions, which you’ll need to complete first.

The SpecGru faction is full of familiar faces that you’re sure to remember if you’ve played any game from the Call Of Duty franchise before.

Operators Price, Ghost, and Soap, who are already in Modern Warfare 2’s campaign mode, will join the SpecGru faction as special forces for hire. 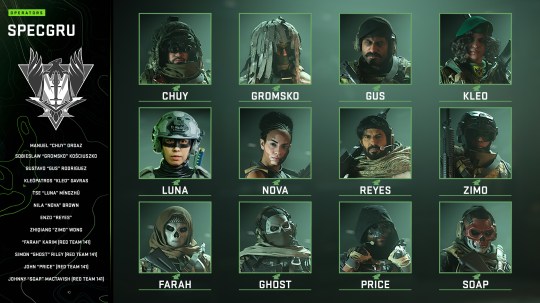 All the SpecGru operators (pic: Activision)

Sadly, these operators are not available at launch to everyone, since Price, Farah, Soap, and Ghost are available only via the Vault Edition’s Red Team 141 pack – Modern Warfare 2’s special edition, which is quite pricey.

However, you can still unlock the rest of the SpecGru operators, by completing these simple tasks:

As the KorTac faction features only 11 operators so far, many players suspect that there will be a new face added to the rotation as Season 1 progresses – there is an empty spot after all.

Others speculate that the new Season 1 operator, named Zeus, will later become part of the KorTac faction. You’ll also see that Roze is in there too, who’s now completely cut ties with Shadow Company. 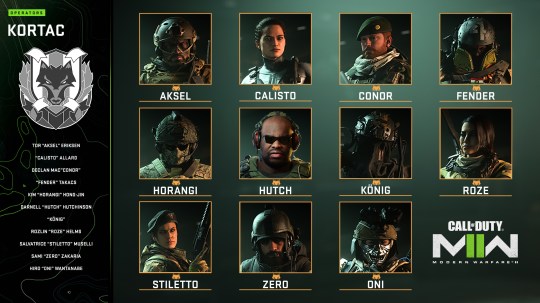 All the KorTac operators (pic: Activision)

If you’re a PlayStation player who’s pre-ordered Modern Warfare 2’s digital copy, you should have also received the Oni operator. This character was available at launch and his bundle comes with a weapon blueprint as well, amongst other cosmetics.

Here’s how you can unlock all the KorTac operators:

Zeus is a brand new operator joining Call Of Duty after Season 1 kicks off and can be unlocked by progressing the premium version of the battle pass.

Exactly how that works won’t be clear until it happens, which is expected to be around 6pm GMT on Wednesday, November 16.

We’ll update this article when that happens but Zeus will be unlocked through bonus sector A0 of the battle pass and comes with a custom helmet and (non-functioning) battle armour.

For more stories like this, check our Gaming page