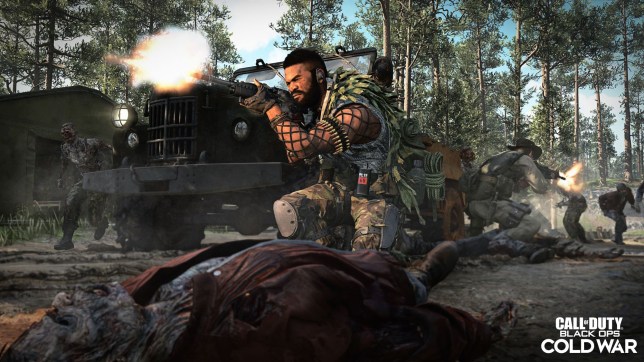 It’s not meant to start till tomorrow afternoon but you can play Outbreak mode today if you know how, although only offline.

Not only did news of Call Of Duty: Black Ops Cold War’s new zombie mode Outbreak leak out early but now fans have figured out a way to play it early too, using this one weird trick (as they say).

Outbreak isn’t supposed to go live until 6pm GMT on Thursday, February 25 but since the Season 2 update on Wednesday morning there has been a way to access it early.

Doing so has one major drawback but it’s easy to do and lots of people are bragging on social media that they’ve started playing. It’s possible Activision could try to stop them with a fix but that seems unlikely given they’re only getting it a day early.

To play Outbreak before the official launch, make sure you’ve got the latest update installed and then follow these steps:

1. Go offline and then log back into Black Ops Cold War.

2. Go to Zombies mode and the Find Games tab to create a match.

3. Use the offline custom games option to select Outbreak.

Obviously, being offline means you can’t play with friends but at least you get a day’s head start on them and a chance to work out how the mode plays.

In case you missed the memo, Outbreak is a four-player co-op mode set on three of the game’s biggest maps, namely Alpine, Ruka, and Golova.

It’s part of the Dark Aether storyline from the wider Zombies mode, so it doesn’t take itself very seriously, and involves escorting a rover through the map as zombies, and worse, appear through interdimensional portals.

While the standard Zombies mode has been getting a bit stale Outbreak seems like a lot of fun, with vehicles, jump pads, and lots of other very arcade stuff.

It’s far from the only addition to Season 2, which also brings with it the expected new operators and weapons, but it already looks set to become the most popular.