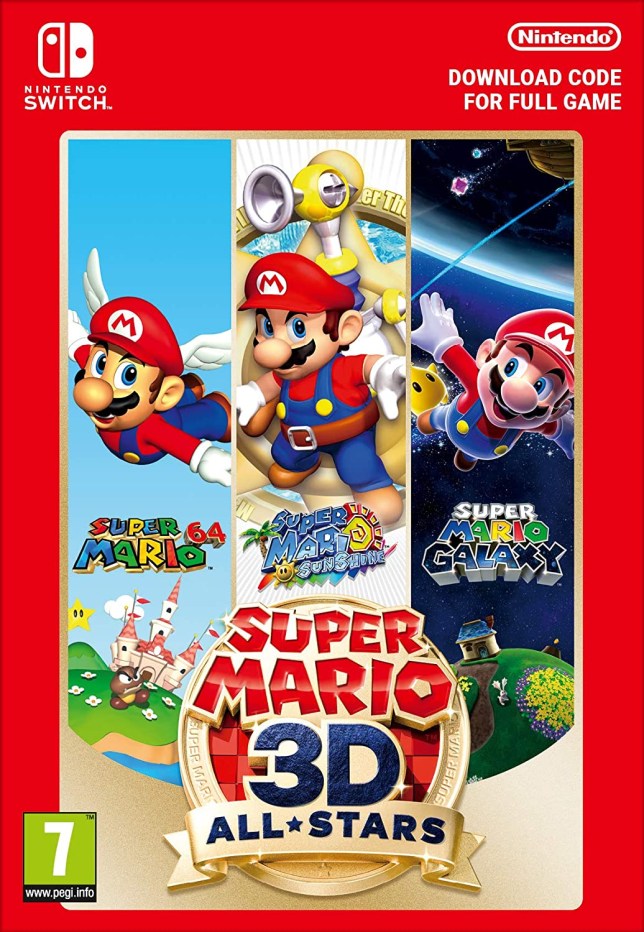 Nintendo couldn’t even be bothered to make new artwork for the compilation (pic: Nintendo)

Forget the PS5 and Xbox Series X, the next hot ticket on eBay looks like it’s going to be retail codes to download Super Mario 3D All-Stars.

For reasons best known to themselves – and certainly never explained to anyone else – Nintendo will stop selling the Super Mario 3D All-Stars compilation on Wednesday, March 31.

That’s always been the plan and it means not only will you no longer be able to buy the game from the eShop but retail stores will stop receiving stock of the boxed version.

That also applies to retail cards, which are also sold in stores but are just a piece of cardboard with the download code on it. However, if you can get hold of one of those codes after March 31 it will still work – according to Nintendo Japan, as translated by VGC.

If you’ve already bought the game you’ll be able to re-download it whenever you want but for everyone else the only way to get the game from April onwards will be via a retail card or a second-hand physical copy.

There’s only one thing that means: the game is going to go for a fortune on eBay.

It will take a while for physical copies and retail codes to sell out (Nintendo are removing them from their own stores but they can’t force other retailers to) so the game will no doubt be available after March anyway, but once stock runs out that’s it.

It’s all very frustrating and you’d wish Nintendo had done it another way. But then that just about sums up Super Mario 3D All-Stars itself, which despite featuring arguably the best game ever made, and one of the most historically important, is a very low effort compilation that offers no major improvements to any of the games.