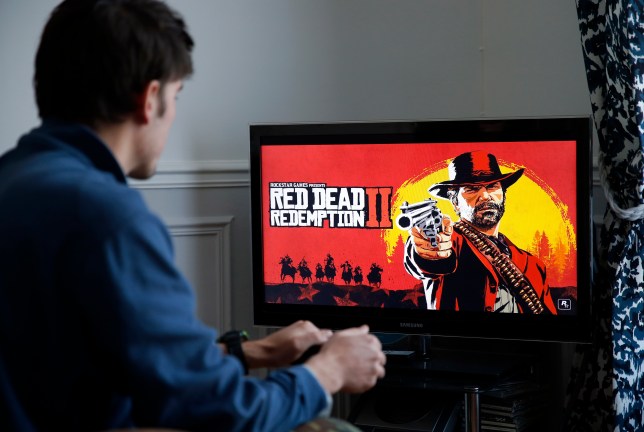 Video games can be a great way to get away from it all (pic: Chesnot/Getty Images)

A reader explains how gaming has helped him to cope with OCD but also how the illness has interfered with his favourite hobby.

Ever since the age of nine (I am now 28) I was diagnosed with a mental illness called OCD also known as obsessive compulsive disorder. To this day I struggle severely with OCD, so much so that it has affected my life to such a degree that I have anxiety and depression on top of it. Contrary to the unfortunate misrepresentation of OCD, it is not as simple as being a ‘neat freak’ and it has many various forms and complicated ways to affect you. I genuinely would not have room to list every single way OCD has manifested itself for me over the years but, believe me, they aren’t pleasant.

So… after all these years, after going through so many different variations of OCD and still doing so to this day, how have I kept myself relatively sane? Well one of the biggest factors has been my love for gaming!

When I was younger, I was fortunate enough to have a PS1 followed by the PlayStation 2 and an Xbox, the PlayStation 1 and 2 being the consoles I played most at the time. Crash Bandicoot, Speed Freaks, FIFA, TimeSplitters, and the series of SmackDown! wrestling games being among some of my favourites. Despite my enjoyment of playing these games, along with plenty of others, OCD was still there lingering and trying to infiltrate its way into ruining my early gaming experiences. Fortunately, it wasn’t as strong then and although disruptive at times, it wasn’t as big of an issue as it’d eventually evolve into.

After that it was onto the Xbox 360, which my dad surprised me and my brother with when I was just about a teen. I have fond memories of many games, such as immersing myself into the universe and story of one of my favourite games ever in Mass Effect 2; hiding in a cabin with my friend, in the Tall Trees area, whilst being attacked by a swarm of cougars in Red Dead Redemption; completing Halo: ODST on Legendary with a friend one day after being ‘ill’ from school; and attempting to improve my Kill/Death ratio with friends on the iconic Call Of Duty 4.

Roughly towards the end of the Xbox 360 era, and the early Xbox One and PlayStation 4 era, however, is when the OCD really started to come into play and hamper my gaming leisure. It would make me enter and re-enter games and apps over and over again, sometimes hours upon end.

It made me change my Xbox gamertag over and over. It would make me worry about games I could and couldn’t play. What if games had ‘triggering’ moments in them? (Moments that would lend itself to OCD that make me feel more anxious). What if I got ‘stuck’? (Feeling trapped into having to do something in order to cancel it out). What if someone sent me an offensive message? What if I got hacked? What if my console stops working?

I am not saying all of this for sympathy. I am saying all of this to hopefully bring some well needed respect and attention to OCD, mental illnesses as a whole, and to show how beneficial gaming is towards helping people. I want people to also realise that if this is something you struggle with, you are not alone and it can improve.

Of course it sucks that it can ruin something you love, like playing video games, but at the same time, thank goodness for gaming because I don’t know where I would be without it.

For support with Obsessive Compulsive Disorder

In the Age of information, Specializing in Baccarat Korea Dealer