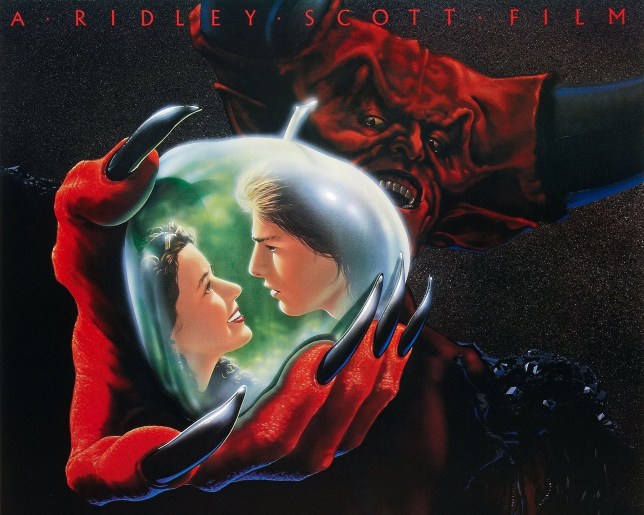 A reader discovers some peculiar parallels between The Legend Of Zelda and Ridley Scott’s 1985 film Legend, but is it just a coincidence?

Although getting bored is certainly not the most serious problem caused by the lockdown I’m sure it’s an issue everyone has had to contend with. I’ve ended up playing a lot more video games than usual, but I’ve also watched a ton of TV shows and movies that I never had any real interest in before. And while that’s had some varied results it has thrown up some interesting oddities. And the one I’m going to talk about today is Legend.

It’s a Ridley Scott film starring Tom Cruise and yet despite what you’d imagine it doesn’t seem to be at all famous and was a complete flop when it was released in 1985, near the beginning of both’s careers. It’s probably best known for the amazing demon makeup on Tim Curry, which still looks straight up amazing today and probably the best looking demon ever in movies. But that’s not necessarily the most interesting thing about the film.

See if any of these things sound familiar. The movie stars a young, forest-dwelling boy named Jack who gets mixed up in an epic adventure involving elves and goblins. One of his companions is a fairy who flies around as just a ball of light and the second half of the movie takes place in a giant castle and its underground dungeons. The finale involves setting up a chain of objects, including a shield, so that they reflect light to a specific point – just like a puzzle out of an 8-bit video game – and help defeat an ancient evil. And just to remind you the movie’s called Legend.

I was genuinely disappointed when I finished watching it, not because it’s not very good (the cinematography is amazing though) but because it seemed so obvious that Nintendo had copied it lock, stock, and barrel for The Legend Of Zelda. Maybe the similarities don’t seem that surprising when you type them out like this but watching the film it is so Zelda-like it could almost be an official spin-off. Just change some names and you’re there.

But then I looked up the dates and was surprised to find that it couldn’t have been an influence at all. According to IMDB the film had its premiere in the UK in December 1985. The first Legend Of Zelda on the NES came out in Japan in February 1986.

That’s three months where maybe Miyamoto and co. could’ve been influenced by the film and changed a few things to match but according to interviews work on Zelda began in 1984, so it was a big project for the time and the last three months seems not to be enough time to change anything major. Especially as the movie didn’t open in Japan until August 1987.

I’d love to know what Miyamoto thinks of it but unless he purposefully took a trip to London to watch it, then jetted off home to suddenly redesign his game at the last minute it’s all just a massive, weird coincidence. Miyamoto probably has seen it though because Nintendo seems to be quite the fan of Ridley Scott. Because while he may not have influenced Zelda he certainly did have a major part to play in the development of Metroid.

Metroid is unusual for early NES games because it had nothing to do with Miyamoto and has a much darker, more serious tone than any of the other games. It also owes a massive debt to Ridley Scott’s Alien, as you can tell from the art design of the game, the mood, and the fact that artist Yoshio Sakamoto readily admits it as an influence. That and the fact that the main bad guy is called… Ridley.

So there you have it. Ridley Scott was a major influence on one of Nintendo’s biggest franchises and managed to create a movie tie-in to one of their others before it even existed. He’s getting on a bit now, so I doubt he’d want to, but if there ever was an actual Legend Of Zelda movie I’d love to see Ridley Scott direct it or at least produce it. For now we’ll just have to make do with the unofficial version.