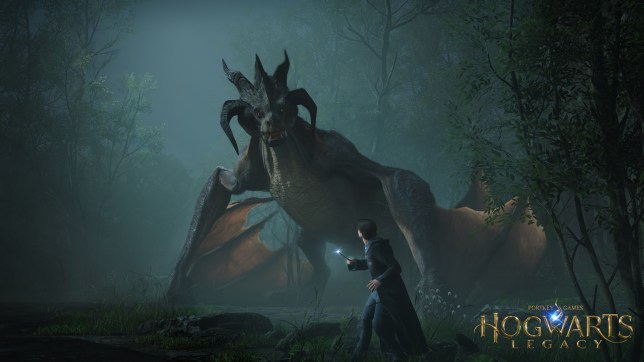 In the wake of its latest controversy, Hogwarts Legacy has lost its lead developer, who resigned for currently unknown reasons.

Only last week, Hogwarts Legacy found itself embroiled in controversy when it was discovered that its lead developer, Troy Leavitt, ran an anti-social justice YouTube channel.

Neither Warner Bros. nor studio Avalanche commented on the situation, but it may not necessarily matter anymore as Leavitt has left the project. What’s more, it was apparently entirely his own decision.

Earlier this morning, Leavitt posted on Twitter that he has parted ways with Avalanche. He adds that he has nothing but good things to say about Warner Bros. Games and the team working on Hogwarts Legacy.

He doesn’t clarify the exact reasons behind his departure, but he does state that he felt secure in his position at Avalanche (which suggests he wasn’t pressured into leaving) and that he will explain why in an upcoming video.

1. I have made the decision to part ways with Avalanche Software. I have nothing but good things to say about the game, the dev team, and WB Games.

2. I will be releasing a YouTube Video about this soon on my channel.

To clarify: I felt absolutely secure in my position. However, I still wanted to resign for reasons that I will explain in that forthcoming video . Iâm in excellent spirits and very pleased with my relationship with WB and Avalanche. ð ð

While Leavitt hasn’t updated his YouTube channel since 2018, he still links to it in his Twitter bio. His videos include defences of the GamerGate movement (an infamous harassment campaign) and critiques of feminism, particularly Anita Sarkeesian and her Feminist Frequent series.

Hogwarts Legacy has been embroiled in controversy ever since it was first announced, primarily because of J. K. Rowling’s comments about transgender people. Warner Bros. did say that she has no involvement with the project, but that doesn’t change the fact that she will no doubt receive royalties.

A couple of days ago, it was reported that players will be able to create a playable transgender character, something that was heavily pushed for by members of the development team. Warner Bros. Games itself has yet to officially announce this.

It’s unlikely that such a move will placate the game’s critics or sway the minds of those who have already decided to boycott it. Even if Leavitt is no longer involved and the transgender character creator is implemented, any purchase of Hogwarts Legacy still financially benefits Rowling.

ASOS reveal exactly what happens to the items you return