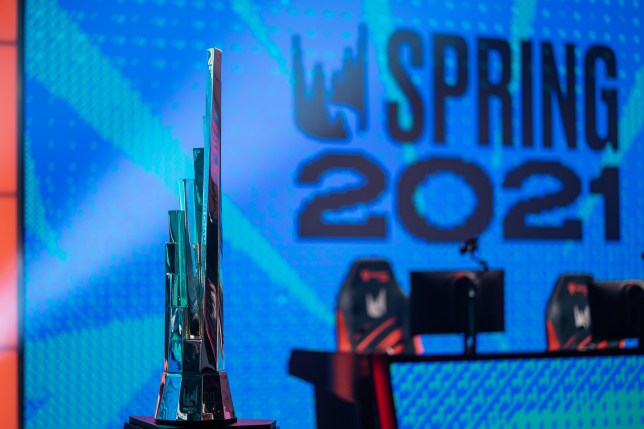 The development of European Masters and European Regional Leagues have been a major success but what does the future hold for League of Legends esports?

Riot Games’ Head of European League of Legends Esports, Maximilian Schmidt believes the future of the competitive scene is very bright and envisions the ecosystem lasting for decades.

Speaking to Metro.co.uk, Schmidt talks over what an expansion would mean for the LEC, what would go into choosing an organisation to purchase an existing slot in the league, and why there has never been a better time to be a pro LoL player.

In football, people always talk about the journey of jumpers to goalposts. How accessible is League of Legends and the route to becoming a pro?

Becoming a pro in Europe especially is more accessible than anywhere else. We set ourselves the goal only a few years ago that we want every single player across our entire region to have a pathway to become a professional player regardless of where they live and their current situation.

This is why we established this very deep, European regional league ecosystem with more than a dozen leagues across the continent. The pathway is incredibly clear, a lot of these leagues have multiple tiers so you could go from the second division in France to the top division in France then win EU Masters before getting picked up by a team in the LEC.

League of Legends, the game itself, kind of broke barriers back in the day – more than 10 years ago at this point. They pioneered the free to play model in this space, I can only imagine what a hard sell it was for our founders to make this a free to play game with only in-game monetization that wasn’t pay to win. That made it more accessible and definitely contributed to League of Legends’ success. 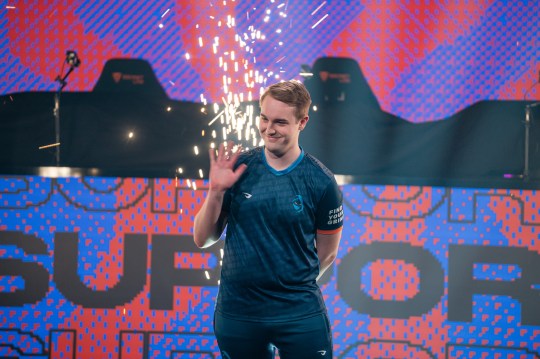 A record number of rookies debuted in the LEC during the last split (Picture: Michal Konkol/Riot Games)

I always challenge the idea that pro player careers are short because I see so many examples across Europe where that’s not the case. Going back to Yellowstar, he’s been competing for 10 years there’s no stopping that guy. He’s approaching 30 and is still playing.

We are always thinking about the long-term, if we do something what does it mean for the next three, five or 10 years? We’re thinking about decades here sometimes because that’s how we envision the sport, we expect League of Legends to be a game that lasts for generations. That means the benefit we’re deriving from the supportive ecosystem will be so huge moving forward. We’re already reaping the rewards three or five years in but I’m thinking in 10 years it’ll be even better, the LEC will be even more developed and players will have even more options that they can fall into. You can play in the ERLs and bounce back, you’re not losing your career there’s stability there.

There was a record number of rookies who made their LEC debuts in spring but what does that mean for veteran players who could be losing their spots?

I would actually argue that the regional league system is something beneficial to them as well simply because they now have a fall-back option. My primary example I usually give is Yellowstar who was second place in the first-ever season of LoL esports and he still plays, more than 10 years later. He currently is on LDLC in the French league and last year he won European Masters with that team, he’s still playing at 29.

If you look at the global contract database, Europe has more teams registered than any other region worldwide [there are 50 European organisations listed at the time of writing]. We have more teams available which means there’s more demand for coaching staff, supportive staff and things like casting opportunities. That’s a pretty common approach, some pros may move into commentary when they no longer feel at the top of their game anymore. There are so many different teams and broadcast partners they can work with.

The community has spoken a lot about a desire for the LEC to be expanded with so many talented players in the region. While you have stated there are currently no plans for 2022, what are the upsides and downsides to expanding the number of LEC teams? 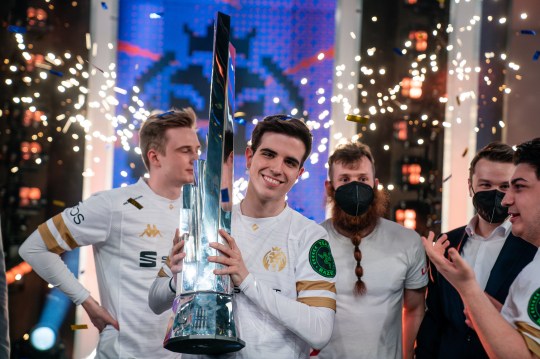 It’s not so much about upsides and downsides but more the different facets of the impact it would create. We definitely have the depth of talent, we currently don’t have only 10 teams in the European ecosystem as a whole. Putting any of them into the LEC, what does it actually change? That’s the question we have to ask ourselves.

Secondarily, it’s a question of economics to a degree as well. We have a specific model for the partnerships with our LEC teams, adding more people basically means we have to divide that pie by more. That being said, the added teams would be able to add value. There are teams already in the ecosystem who we’re looking into who could be interested in taking a slot – especially now that we’ve had this fairly public process together with Schalke because they were in the process of selling. It becomes very apparent that there’s definitely potential there.

We just need to make sure we do it the right way because, even beyond the things I just mentioned there are so many different aspects, even just adding two teams means that suddenly our broadcasts become six games. Does that mean we now have to change our schedule, the product itself and how we position? Change the format? It’s a really complex format that I can only repeat we’re always discussing with our partners across the ecosystem. We’ll evaluate it every season.

You touched on the Schalke situation, what is the process for picking a new team if a slot is sold? Is it the same as the application process for the 10 original organisations?

It’s definitely different. I can’t comment on specific details of the process because they’re subject to confidentiality. But I can say, looking into a single team and a team deciding to sell their slot is entirely different than creating a new league from scratch.

Three years ago, the LEC was a blank slate. You look at things such as what are certain synergies that you get from the teams, how do you make sure that the overall product you end up with is actually attractive and people are tuning in to see all of these teams compete? When you change one piece of the puzzle, this becomes a completely different question and equation which means the process is very different as well.

Going back to the route to becoming a pro, what is the grassroots level like at the lowest level such as those in high school? And are there plans to expand on that?

I want to stress, I’m not the expert at Riot to talk about that topic specifically. I know we are doing a lot of things at a local level regarding developing the very local, grassroots ecosystem even below the second tier of regional leagues – things that you would engage in with friends or people you go to school with.

The LEC itself doesn’t run any high school or grassroots competitions. Those are separate, local initiatives because we trust our local teams most to know what works for the respective market. Across Europe, we have such a fragmented market with different cultures, different countries, a lot of different languages – we need that local expertise to ensure that the things that we do on a local level actually resonate with our fans. That’s the primary purpose behind these initiatives, it’s usually not getting somebody to become a pro player though it may foster the appetite to become one in the future.

It’s super important that these supplemental competitions exist because they are things where we can actually catch people that otherwise may ever know that a fifth division of the Prime League exists. A lot of the things we’re doing at a local level are so incredibly important and I’m so thankful for the Rioters who do them because they are things that we couldn’t do from Berlin.

Where are all the football players locations in Fortnite?