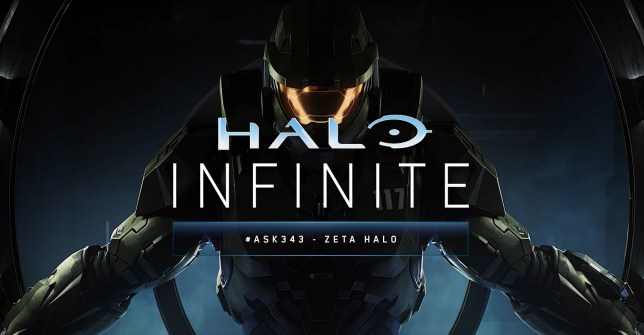 Sounds like it’s shaping up to be the biggest Halo yet (Pic: 343 Industries)

A 44-minute-long Q&A with Halo Infinite developers has revealed a bunch of new information about the game’s structure, content, and more.

News on Halo Infinite has been mostly quiet since it’s gameplay reveal and subsequent delay. The game is still several months away and not expected to release until this autumn but 343 Industries has recently shared a lot of new information via a Q&A session.

In its second Inside Infinite episode, 343 answered fan questions submitted over Twitter concerning Zeta Halo, the setting of Halo Infinite, and in doing so have revealed some important aspects of the game.

For starters, while it does reiterate that Halo Infinite isn’t an open world game, you won’t necessarily be locked on a single, linear path and will have some freedom to go and explore other areas, get into random scraps with the Banished, and even rescue Marines, who apparently can join you on missions.

And while the story itself has a linear structure, 343 says that objectives don’t have a singular method of completion. It compares the game to the Silent Cartographer mission from the first Halo game.

For example, you could theoretically keep a Scorpion tank that you got from one mission and take it with you for the next one, allowing you to complete the next mission in a different manner.

343 also promise a day/night cycle, which will be reflected in cut scenes since they are done in-engine (just like previous Halo games), and this will even affect what enemies you fight (for example, the Grunts will sleep more often at night).

There’s a weather system as well but there won’t be any rainstorms or snowstorms. 343 does say that it’s excited about the future, indicating that there will be some post-launch updates and additions.

Other things that won’t be featured are the dual-wielding mechanic, which has been mostly absent since Halo 3 (it was in Halo 4 and 5 but its uses were very limited), and the option to play as Elites.

Elites haven’t been playable since Halo: Reach, much to fans’ disappointment. 343 clarifies that this exclusion is because the story is all about Master Chief, but it doesn’t necessarily rule playable Elites out as a possibility for the future.

You can watch the full Q&A above, but somebody has also compiled the highlights from it on Reddit.

Halo Infinite is scheduled to release this autumn for PC, Xbox Series X/S, and Xbox One.

How I Do It: ‘I’ve been sex-free for months but refuse to break lockdown’