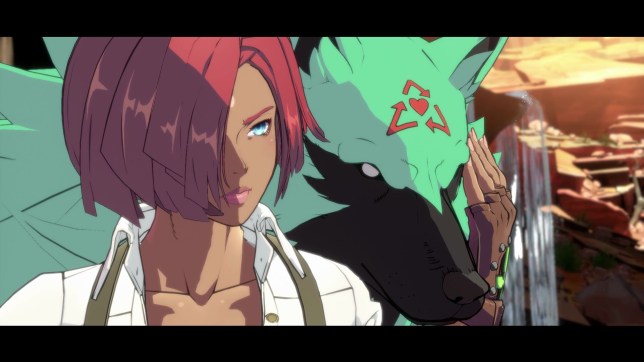 On the day Guilty Gear Strive suffers a two-month delay, GameCentral reports back on the recent open beta and its amazing graphics.

We’ve been trying to get round to this preview for a few days now and just as we were about to put it live, we heard the bad news: Guilty Gear Strive has been delayed. It’s only by two months, which is nothing when it comes to the pandemic, but it’s a shame nonetheless because it’s shaping up to be the best of the series and one of the most extraordinary looking fighting games ever made.

Strive is the first new entry in the long-running series since developer Arc System Works finally had an international hit with Dragon Ball FighterZ. That’s gained them the support of Bandai Namco as publisher, something they’ve always had trouble securing in the West, and hopefully will mean that the game enjoys a much higher profile than normal.

The Guilty Gear series’ history stretches all the way back to the original PlayStation, when it started life as a Street Fighter style fighting game known for its beautiful artwork and animation, hard rock soundtrack, and bizarre characters. It was hardcore from the very first, even more so than sister series BlazBlue, but although highly technical it’s really not as hard to get into as you might think.

Despite what it looks like, the graphics in Guilty Gear Strive are full 3D polygon models; they may look like they’re 2D animations from some high-end anime but so long as it doesn’t interrupt the gameplay the camera will frequently spin around to show that these are actually three-dimensional characters. It’s an incredible achievement and the most perfect example of a cartoon come to life that we have ever seen, both in fighting games and beyond.

Arc System Works has been using similar techniques for a few years now, so we were expecting something good, but getting hands-on with the open beta you realise that the trailers really don’t do the visuals and animation justice. The art design is great too and while some of the characters are pretty strange looking you never have any problem working out what they’re doing or whether you have actually connected with them or not – which has been an issue for previous Arc Systems games.

From the preposterously large Potemkin, who takes up half the screen, to the lanky Faust, each character is instantly recognisable and also has their own unique gimmicks. Swordsman Ky Kiske is the all-rounder, and obvious starting point for new players, but everyone else tends to have clear specialities, from series regular Axe Low and his ranged attacks to new character Nagoriyuki who has an ability called Blood Rage that increases his damage but drains his health at the same time (he’s a vampire samurai).

There are only 15 characters planned at launch, which is on the low side for a fighter, but they’re so distinctive and impressive it really isn’t a problem (and if it is, paid-for DLC is certain to offer more).

We really weren’t lying when we said the game is surprisingly accessible, as it’s changed quite a bit from Guilty Gear Xrd and its variants, so that it plays noticeably slower and has less emphasis on combos. Perhaps that will upset some veteran fans, but it means the focus now is on timing and choosing your moves carefully – encouraging you to think more about what you’re doing rather than just button mash. 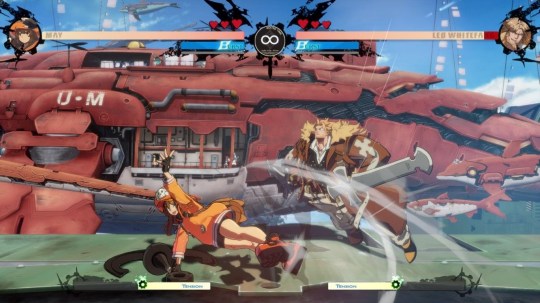 Guilty Gear has always favoured attack over defence and that’s still true here, with a Tension gauge that fills up a super meter whenever you attack or dash towards an opponent and the RISC meter that means you take more damage the more times you block.

There’s also a neat new feature called Wall Break that allows you to change the stage and reset the fight back into the middle, with the disadvantage that your opponent instantly gets their special meters filled. The game is full of clever risk/reward mechanics like that and they already seem to be well balanced no matter the character you use.

Why the game has been delayed by two months is hard to guess from the beta, as everything seems almost finished and the online performance, which you’d imagine might be a problem, is actually extremely good. The rollback netcode seems to work perfectly and there are no limitations on playing against people further afield than Europe, which is very welcome.

The lobby system is pretty clunky though, as you have to control a little customisable block figure and physically wander around looking for a fight. It’s not a new concept for Arc System Works games but it gets old really quick and a simple menu would’ve been much preferable, especially as there’s no instant rematch option.

We imagine the open beta will highlight complaints about that, so there is a chance that aspect of the game will change before launch. Even if it doesn’t though this is still a hugely impressive new fighter and one that might finally help Guilty Gear punch and kick its way into the big leagues.

How can I watch Space Jam 2 and is there a trailer? – The Sun