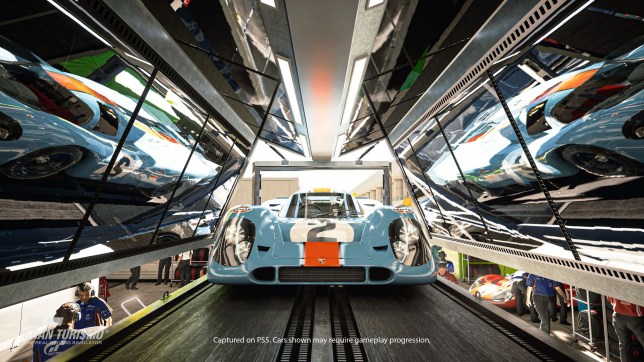 Key PS5 exclusive Gran Turismo 7 has suffered a second delay, as Sony says that PS5 stock will ‘increase as each month passes’.

The news that the PlayStation 5 is getting a next gen VR headset has come as quite a surprise but there has been other Sony news today that’s far more predictable: Gran Turismo 7 has been delayed.

The series is notorious for never coming out on time and the new PlayStation 5 exclusive has already been delayed once, to the second half the year. But now that’s not happening either.

The news was first revealed in a GQ interview with PlayStation boss Jim Ryan, although he didn’t actually say anything and instead a PR rep issued a short statement blaming the pandemic for the new delay.

‘GT7 has been impacted by COVID-related production challenges and therefore will shift from 2021 to 2022’, reads the statement.

‘With the ongoing pandemic, it’s a dynamic and changing situation and some critical aspects of game production have been slowed over the past several months. We’ll share more specifics on GT7’s release date when available.’

Given the history of the series, and the perfectionism of director Kazunori Yamauchi, there’ll probably be at least a couple more delays before the game is finally out, but that’s just the nature of the franchise.

The GQ interview touches on some other subjects, including the release dates of other PlayStation 5 exclusives, but nothing substantial.

Ryan does imply there are more PC versions of PlayStation exclusives on the way, to follow last year’s Horizon Zero Dawn, but he doesn’t explicitly promise anything or give any indication of which ones.

The intro to the interview though specifically mentions ‘a whole slate of them’ and that Days Gone is coming to PC ‘this spring’, which presumably means either Ryan confirmed it outside the interview or Sony told them about it later.

Ryan also talks about the current stock problems with the PlayStation 5, implying that Sony is aiming to make the console more easily available by Christmas.

He also mentions his hope that supply will improve every month from now on, and specifically refers to the UK getting a major boost in stock last week – which has already been felt at GAME and hopefully means the reported boost next month, for all retailers, is real.