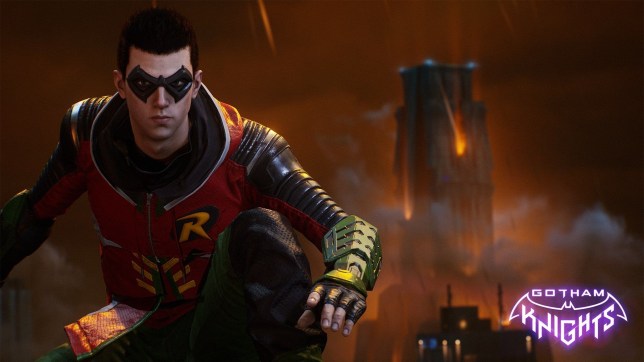 That awkward moment when Robin realised he left all his gear back in Keystone City (pic: Warner Bros.)

With other major 2021 releases already being delayed until 2022, it’s no surprise to see the new Batman game, Gotham Knights, follow suit.

Warner Bros. has already been forced to delay its upcoming Harry Potter game, Hogwarts Legacy, until 2022 and it’s now been confirmed that Gotham Knights will be joining it.

The delay was announced via the game’s official Twitter account, with an incredibly brief and simple statement that simply says that Gotham Knights needs more time.

‘We are giving the game more time to deliver the best possible experience for players. Thank you to our amazing fans for your tremendous support of Gotham Knights. We look forward to showcasing more of the game in the coming months.’

This news is hardly surprising considering the coronavirus pandemic is continuing to affect game development. Other games like The Lord Of The Rings: Gollum and Gran Turismo 7 have been pushed to 2022 as well.

There has been little news about Gotham Knights since its big reveal back in August, which consisted of an announcement trailer and a brief gameplay demonstration. So in that sense it’s delay isn’t much of a surprise.

Developed by Warner Bros. Montréal, the same studio behind Batman: Arkham Origins, Gotham Knights retains elements of the combat and stealth gameplay from Rocksteady’s Arkham series, but is described as an action role-playing game with optional co-op.

Its story is also independent from the Arkham series and doesn’t actually feature Batman at all. Instead, you control his former sidekicks – Nightwing, Batgirl, Robin, and Red Hood – as they protect Gotham in his stead.

Rocksteady, meanwhile, is busy with its Suicide Squad game. Even less is known about that one, with it only getting a CGI trailer so far, but that game was already only slated for a 2022 release and may well be delayed itself.